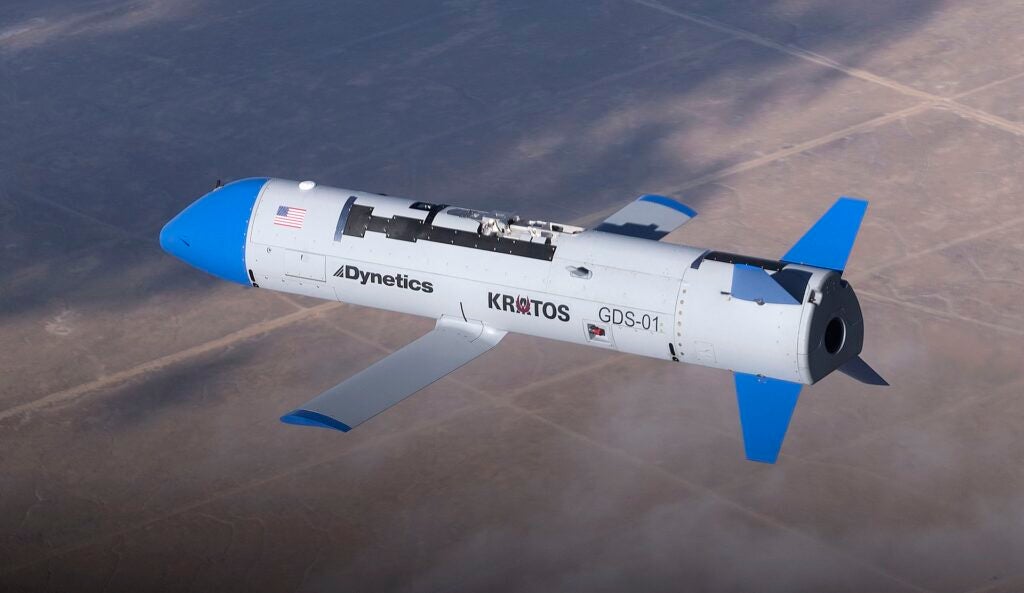 In October 2021, the Defense Advanced Research Projects Agency successfully demonstrated the mid-air recovery capability of its X-61 Gremlin Air Vehicles. DARPA awarded Phase I contracts to four companies in 2016 including Dynetics, who ultimately won the Phase III contract in 2018. The successful launch and recovery of the GAVs from a C-130 Hercules is a major milestone for the program.

In 2015, DARPA’s Tactical Technology Office launched the Gremlins program. Its purpose is to demonstrate the safe and reliable launch of and mid-air recovery of multiple low-cost reusable UAVs from a mother aircraft. The concept can be traced back to the Air Force’s X-85 Goblin. Deployed in midair from a B-36 Peacemaker bomber via a trapeze, the Goblin would act as a parasite fighter and defend bombers from enemy interceptor aircraft. The bomber would then recover the X-85 using the same trapeze used to deploy it in conjunction with a retractable hook in the fighter’s nose. Although the Goblin did fly, the high skill level required for docking along with the development of aerial refueling for fighters led to its cancellation.

Reviving the mothership/parasite aircraft concept, the X-61 Gremlins UAVs offer augmented capabilities to manned aircraft. Deployed ahead of strike aircraft, the Gremlins will seek out and identify air defenses and other ground targets in an intelligence, surveillance, target acquisition, and reconnaissance role. Using this up-to-date information, manned aircraft can carry out the strike with increased precision and reduced risk. The Gremlins can then conduct a battle damage assessment before returning to their mothership.

Key aspects of the Gremlins is its low cost, high operational tempo, and limited life. Being more affordable than established surveillance UAVs like the RQ-4 Global Hawk, the Gremlins can be deployed in swarms with reduced consideration of battlefield losses. Its simplicity also allows for a mission turnaround time of less than 24 hours. This capability was actually validated during the last of the four X-61 test flights conducted in October 2021. Finally, each Gremlins would fly approximately 20 missions before reaching the end of its service life.

DARPA has hinted that the Gremlins could be configured for missions outside of the ISTAR realm as well as operate from aircraft aside from the C-130. “The GAVs can be equipped with a variety of sensors and other mission-specific payloads,” the agency stated in a press release. “They can also be launched from various types of military aircraft, keeping manned platforms safely beyond the range of adversary defenses.”

Six years after the Gremlins program was launched and two years after its maiden flight, the midair launch/recovery and 24-hour turnaround of the X-61 signal that it is headed in the right direction. “This recovery was the culmination of years of hard work and demonstrates the feasibility of safe, reliable airborne recovery,” said Lt. Col Paul Calhoun, Gremlins program manager, in a DARPA press release. “Such a capability will likely prove to be critical for future distributed air operations.”

The four October 2021 test flights yielded many hours of vital data including air vehicle performance, aerodynamic interactions between the recovery bullet and GAV, and contact dynamics for airborne retrieval. One GAV was lost during the test flights.