HISTORY Channel premieres documentary 'Hidden Heroes: The Nisei Soldiers of WWII' - We Are The Mighty 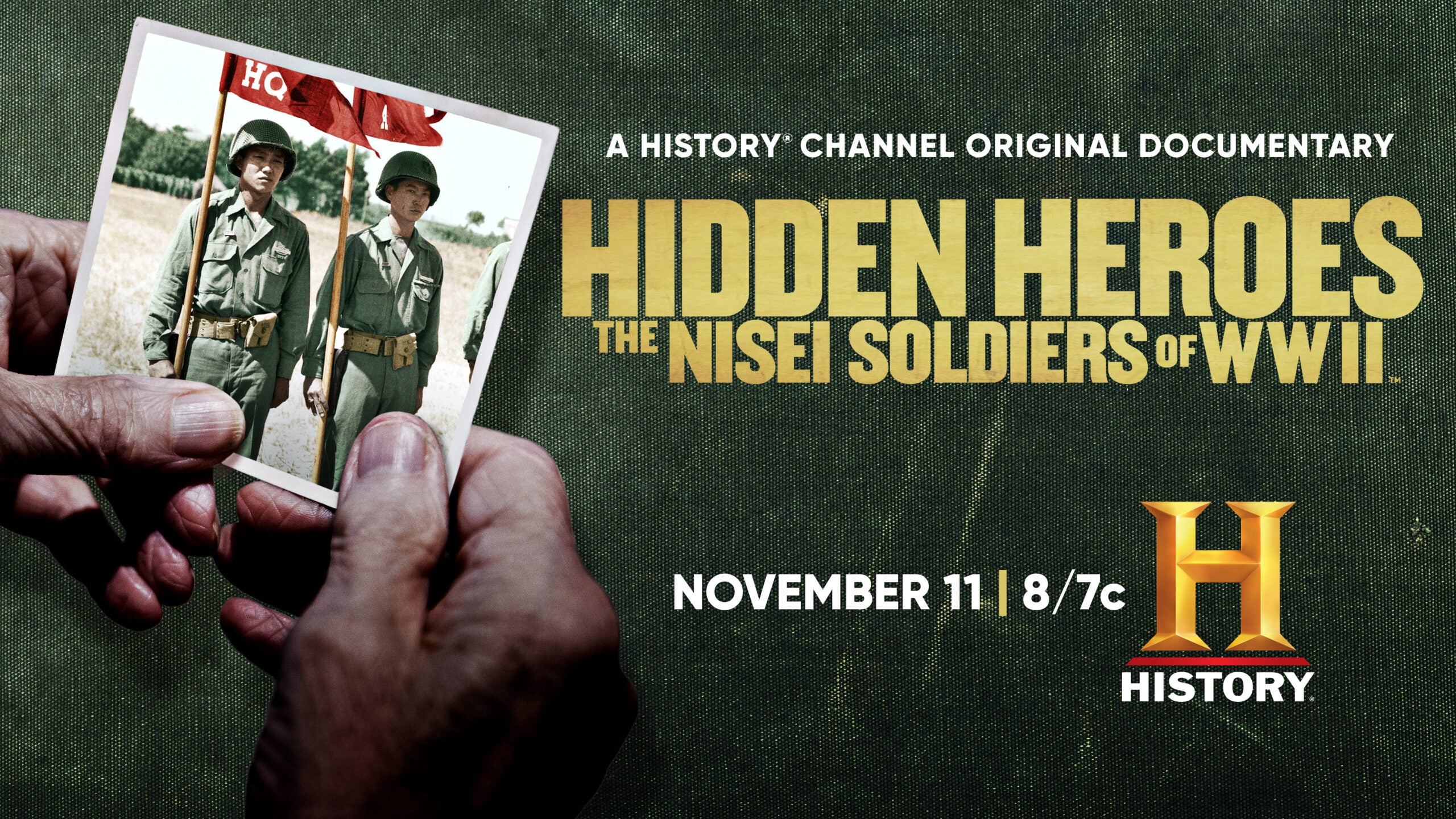 The HISTORY® Channel announces its new one-hour documentary “Hidden Heroes: The Nisei Soldiers of WWII” premiering on Veterans Day, Thursday, November 11 at 8PM ET/PT. From the Category Six Media™ group and Will Packer Media, the documentary tells the lesser-known, inspiring story of the Japanese American soldiers of WWII who fought for the ideals of American democracy and became the most decorated military unit for its size and length of service in United States history.

WATM: What is your favorite fact of the 100th battalion that was not mentioned in the documentary?

Well, first of all, you know the [formal] way to address the unit would be the 100th/442nd. Just to clarify that because the actual regiment is the 100th Infantry Battalion/442nd Regimental Combat Team and its made of three battalions. The 100th battalion really was the first battalion and then the second and third battalion. [However,] because they had pre-existed and demonstrated such valor on the combat field; they were allowed to keep their name. So, we often try and refer it to the 100th Infantry Battalion/442nd Regimental Combat Team. If anything, 442nd for short.

So what’s my favorite part of it all? The whole thing (laughs). But, you know, to me this story is a story that validates America’s promise, and that promise to me is that in our nation, no one is to be judged by the color of their skin, the nation of their origin or the God that they choose to worship. These young men, you know, they they were the sons of immigrant. They came from a nation that we were at war with during WWII.

Their skin color obviously wasn’t the skin color that people were used to seeing in an American uniform and many of them were Buddhist. They weren’t Christians, some of them were, but many of them were Buddhist. They were not the typical Americans and yet they would go on to serve with such valor and such courage and such sacrifice and as you’ve mentioned, become the most highly decorated unit of their size and length of service. So, it it validates our promise in America that diversity is something that we should embrace.

WATM: What kind of challenges did the troops have to face after the war?

They came back after serving with such valor, as the documentary shows, and yet they were still faced with racism at home. Especially on the mainland. There is the story of Captain Inouye returning back from San Francisco and wanting to get his hair cut, dressed in his Army uniform, and the barber said, “We don’t cut Jap hair.” That’s just one example. They were American citizens and their families had limits to where they could live. They returned to a society that was still racist, that still did not see them as full Americans.

WATM: How has the United States been able to make amends for what happened back then?

In a measured way, the United States has atoned for the egregious violations of the constitution. What I’m thinking in particular, first of all, we no longer have segregated units. We have a fully integrated armed services, and I think that is a testament to the 100th/442nd. Also, to other units such as the Buffalo Soldiers, or African American brothers who served in battle. We’ve moved a long way beyond having segregated units.

But also, and very importantly, in 1988, the federal government, the congress and president Reagan signed the civil liberties act which granted a presidential apology and monitory regress payments for the families who were incarcerated during WWII. As indicated in the documentary, Ronald Reagan apologized on behalf of the nation for what had, for the treatment of Japanese Americans during that time. In large part, he and the congress made that decision because of the record of the 100th/442nd and the military intelligence service. Which demonstrated the loyalty of Japanese Americans during WWII.

WATM: Is there anything else you wanted to address regarding these war heroes?

Well, you know, I think the documentary really stresses the valor, the sacrifice and courage. I think that’s true for all our veterans that served. That part of the story is not unique to Japanese Americans. What is unique is of course the context in which they were made to serve, in which they volunteered to serve, and in which they served so heroically. The other lesson that I take away, and this I think is a lesson that many of our veterans talk about of all backgrounds is that; I was talking to a veteran and he said you know what really helped us on the battlefield, was our sense of obligation to each other. It wasn’t about my individual rights, it wasn’t about me, me, me. It was about how do we take care of each other on the battlefield and in mind? I think that’s a lesson that all of us can learn from. All of our veterans from all of our engagements but in particular, from the Japanese American veterans of WWII that the value of obligation to others is something that serves us as a nation.

WATM: Is there anything you want to say to the readers of We Are The Mighty?

Here is a little tidbit that may be of interest to you; There still exists the 100th infantry reserve unit in Hawaii. It’s a reserve unit and they are the only reserve unit that is combat ready. There were boots on the ground in Afghanistan, in Iraq, and in the Philippines, and they still carry the colors of the 100th/442nd battalion.