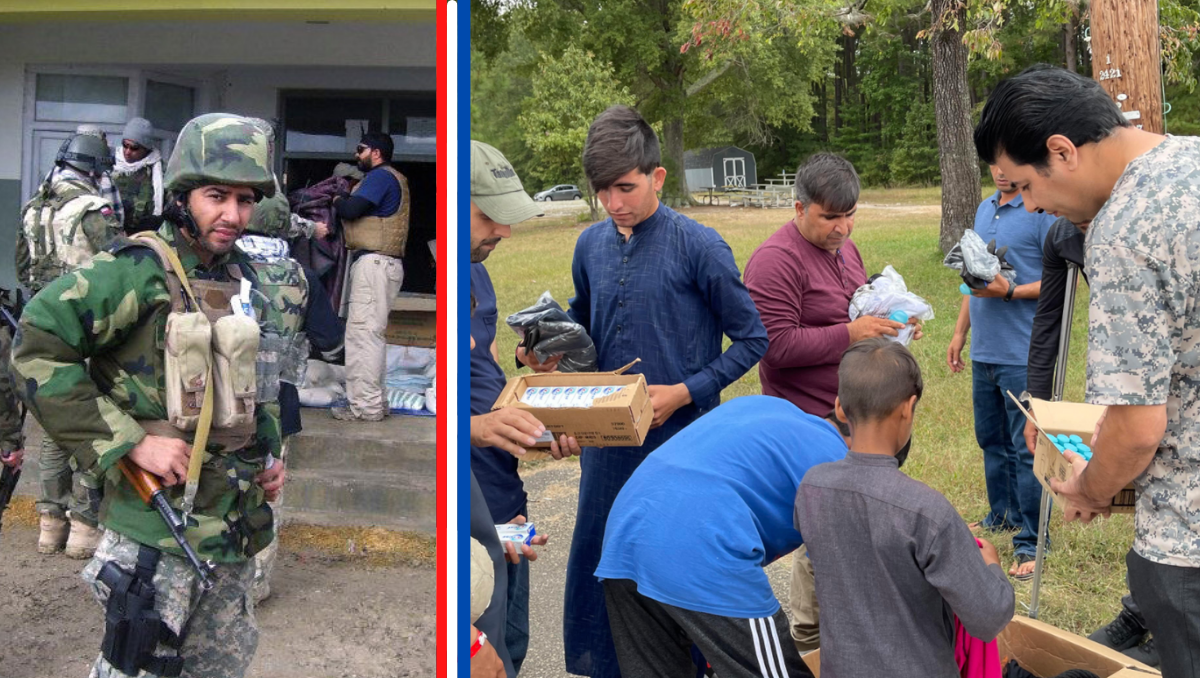 Janis Shenwari, co-founder of No One Left Behind, and Ryan Bartlett, co-founder and CEO of True Classics Tees, have teamed up to provide t-shirts to Afghan refugees. Each of these individuals brings his own story to this initiative, and both are putting in the work to ensure that our Afghan allies aren’t forgotten. No One Left Behind (NOLB) is a non-profit organization formed to help support Special Immigrant Visa (SIV) recipients.

No One Left Behind

Janis and his team do this by providing resources to SIV ambassadors living in communities throughout the United States. NOLB is the only nationwide association of wartime allies in the United States dedicated to ensuring America keeps its promise to interpreters who assisted our forces during the last two decades of war.

Like many fellow countrymen and women, Janis served as a translator for the United States Army and the Marine Corps for more than eight years. During that time, he was directly responsible for helping save the lives of five service members. When he received his SIV, Janis’ supporters provided him with a nest egg to help launch his life in the United States. His GoFundMe campaign netted $35,000, but Janis refused the money. Instead, he asked that it go to create No One Left Behind.

“When I first arrived in the United States in 2013, I thought the government would take care of me. At the airport, I realized there was no program to take care of Afghan combat interpreters. One of my American friends set up a GoFundMe account. I didn’t accept the money but build No One Left Behind instead,” Shenwari said.

The gift of giving

Shenwari recalled that everything he received when he came to America was from strangers.

“Toys for my kids, mattresses, blankets, dishes, even money to pay for my rent was from complete strangers. That is how my life started here and that was the birth of No One Left Behind,” Shenwari said.

As the United States pulled out of Afghanistan earlier this year, many in the SIV and veteran communities worried about the impact the collation withdrawal would have on the interpreters left behind. Shenwari has been instrumental in the resettlement efforts and has personally seen the impact that the True Classic t-shirt donation has had on the community.

“Our vision is to see that each wartime ally is honored for his or her courageous service. We want their families to achieve the American Dream. Evacuees and SIVs are contacting us to let us know they need our support. Some have left already and we’ve helped furnish their houses and paid their rent.” said Shenwari.

But evacuees need more than just housing. They need community, resources, and, in many cases, clothing. To help assist with that is True Classic Tees.

True Classic Tees was founded with one guiding principle – to help bring awareness to communities across America that might otherwise go overlooked. Bartlett comes from a family with deep military roots – from Naval service in Vietnam to serving in WWII to West Point attendance and the Gulf War, the Bartlett family knows what it means to serve.

“At our core, we’ve always been military-related. When the company started, I asked myself who I wanted to give back to and who deserves it. We’re not able to save the world, but we’re trying to do all we can to get them [t-shirts] into the hands of those who need them.

Bartlett says he owes his philanthropic spirit to his parents.

“Growing up, my parents were very active in the community, and they always had us volunteering our time. As a kid, you want to be out playing baseball, but when I was working in soup kitchens, it made me appreciate the life my parents gave me,” said Bartlett.

By teaming up with No One Left Behind, Bartlett hopes that he’s helping improve the lives of refugees seeking a better life in America.

“There are people out here literally sleeping on the pavement. And I remind myself I am so blessed. There are people who are just trying to get clothes and food. I’m a position to help so I owe it to them to give us much as I can,” said Bartlett.