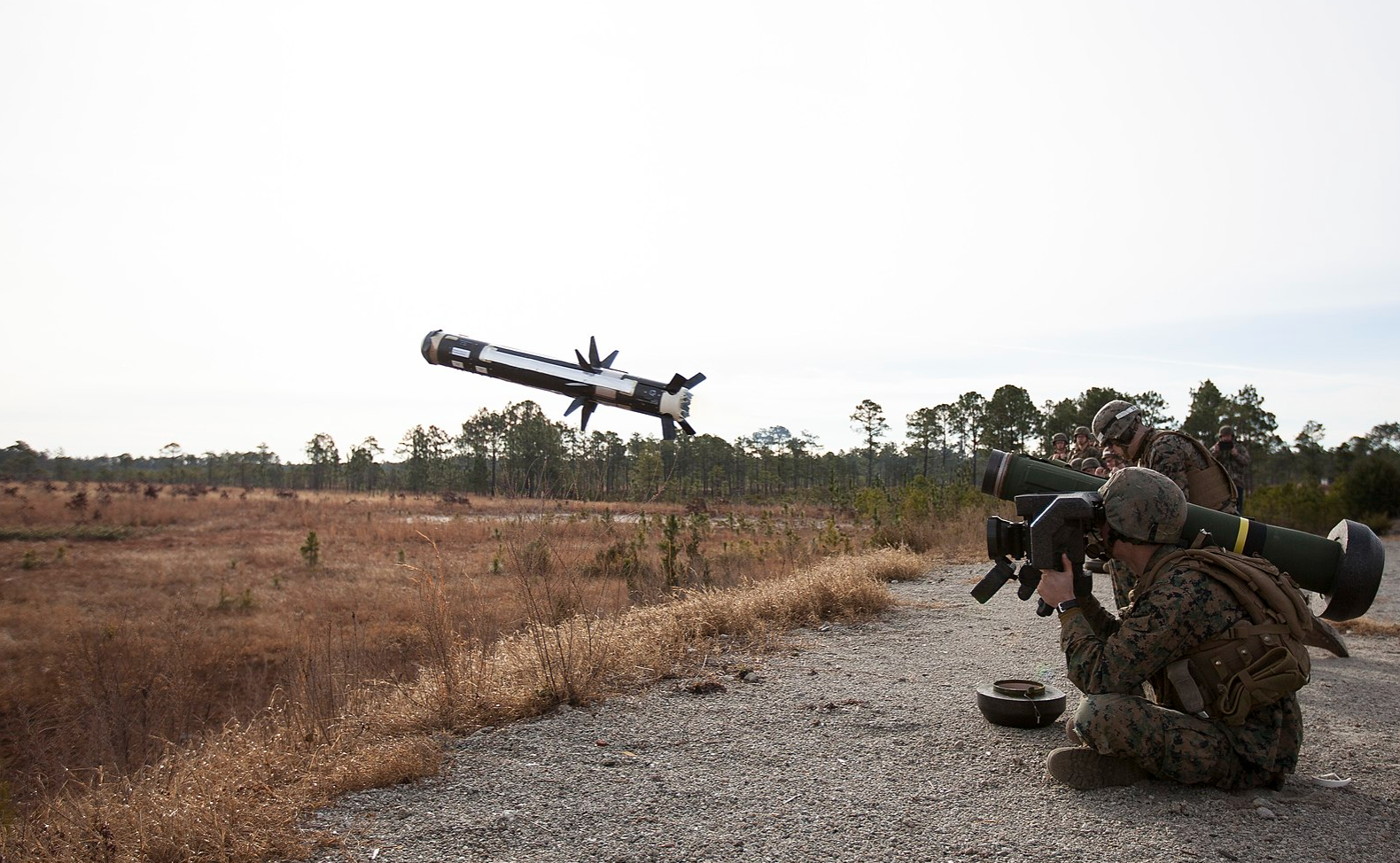 When Russia invaded Ukraine in February 2022, Russian tankers and commanders thought the Javelin missile threat would be mitigated by the use of missile cages “protecting” their armored columns. They were wrong.

They were so wrong, in fact, that Javelin missiles have become the weapons of choice, not just for Ukrainians fighting the Russian invasion on the ground, but also get specific mention every time Ukrainian President Volodmyr Zelenskyy asks the world for more military hardware.

It seems that the Javelin is very, very good at killing Russian tanks and negating a key Russian strategy for its ground forces.

The Javelin missile has a maximum effective range of about 1.5 miles. Since it’s a passive weapon, tank crews can’t detect a Javelin in the area until it’s fired, and even then many Russian tanks can’t see the weapon approaching.

For the crew firing the Javelin missile, there’s very little backblast, especially when compared to the BGM-71 TOW missile. Such a large backblast has the downside of alerting enemy tanks that a missile was just fired their way. Even though the range of a tow missile is great enough that the crew can avoid being gunned down, it’s best to go unseen.

The other advantage the Javelin has over the TOW missile is that the Javelin is a fire-and-forget weapon, meaning the crew can take cover and stand off, while the crew of a wire-guided TOW has to stay put until the missile strikes.

Being able to attack the top of the Russian Armata tank gives Ukrainian light infantry a huge battlefield advantage against armored vehicles and tanks. As for the cages that were supposed to protect the Russian troops inside those tanks, that’s another story.

For years, Russian tanks were seen equipped with the cage or slat armor that was supposedly effective against the hand carried missile launcher used by light infantry, like the U.S. 82nd Airborne. That might have been a huge propaganda win, but when it came time to prove their combat effectiveness, the results can be seen in the volumes of photos of dead Russian tanks.

Hundreds of burnt-out hulks can be seen across Ukraine, the end result of the Javelin missile. The missile was designed to explode over the top of a tank’s armor, like the lightly armored top of the Russian Armata. This tank is armored with 500 centimeters of plate on its sides and front. On top, there is just 30 centimeters.

When a Javelin missile explodes atop the enemy tank, it first uses an explosive shape charge to penetrate the tank’s armor. Then the main warhead of the missile detonates, much more powerful than the first explosion. It’s called a “tandem charge” and it knows exactly when its over the most vulnerable part of the enemy armor.

Once the armor is pierced, a jet of superheated metal is fired into the enemy tank. The jet is powerful enough to get through some pretty thick armor, and the 30 centimeters of armoire on Russian tanks would not be enough to defeat it. This also means the jet is going to pour  right through any arbitrary cages that happen to be in its way.

Slat armor might be useful against lesser weapons like drones or RPGs fired from rooftops in an urban environment, but it’s useless against the Javelin missile.