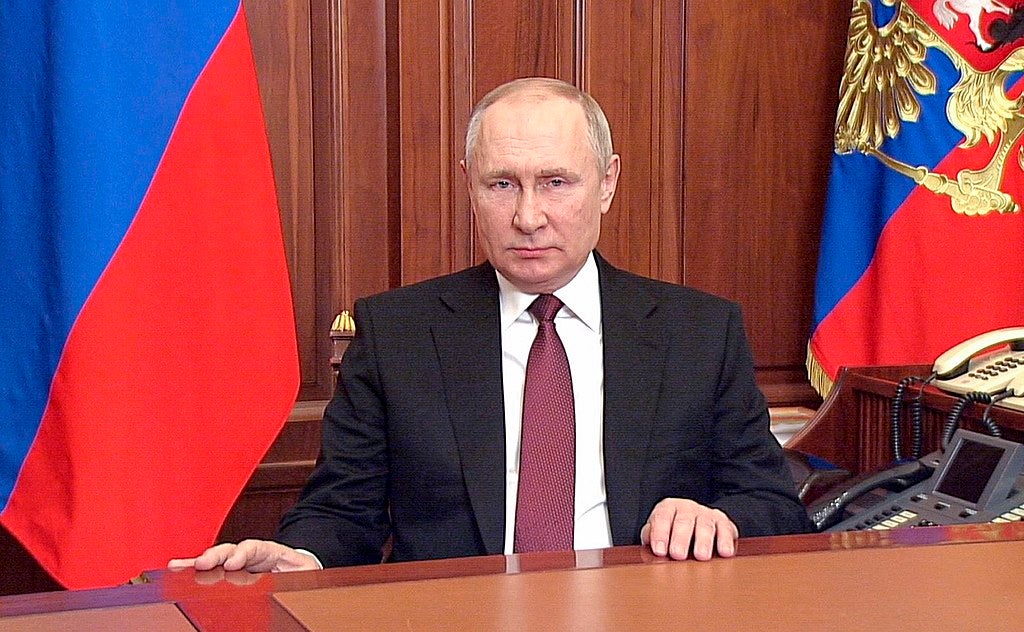 With Putin regime’s war in Ukraine ailing, the Russian military is resorting to a Hail Mary play of drafting 300,000 former troops, reservists and civilians with military-related skills. Meanwhile, Putin himself is rattling Russia’s nuclear saber, threatening to use his arsenal against the West for meddling in the war.

All are signs that Russia’s government isn’t handling the war well. If history serves as any kind of example, the last Tsar of Russia didn’t fare well in the face of losing military ventures. When Tsar Nicholas II lost the Russo-Japanese War in 1945, the Duma placed restraints on his power. When the Russian Empire began losing World War I, the people and military revolted completely.

Russia is not the Soviet Union, and despite Putin’s status as a de-facto dictator, his position only remains as strong as his support. As more and more citizens begin to feel the effects of losing a war, that support will erode – and it may already be beginning. Protests broke out in 38 Russian cities following Putin’s draft order.

It leaves experts wondering what a post-Putin Russia might look like. Based on Russian history, here are three possible outcomes.

1. A return to true democracy

Russia is filled with pro-democracy and anti-Putin activists who truly believe in ending the oligarchy and returning Russia to a democratic future. Former lawyer and reformist Alexei Navalny is just one example. He’s tried to run for office on a platform of ending corruption and has been so active at undermining the regime on the world stage that Putin won’t even mention him by name.

There are a handful of vocal opponents to the current Russian government, but Navalny stands out as the most prominent. While Russia hasn’t traditionally been known as a democratic country, the Russian people might be willing to demand it.

2. A sharp turn to authoritarianism

When the chips are down, Russia either makes a hard turn to limiting the power of the executive or bolstering it. During the Soviet years, military losses resulted in increased authority to the Soviet leader. Before and after the Soviet Union, power was stripped from the central authority in the wake of military losses. Without Putin, Russia could see a full-on return to Stalinism.

The only problem with that outcome is that there’s no clear candidate for who would become that central authority figure in Russia. Putin’s regime has ensured that he remains the sole focus of strength in the country, and there’s power in supporting him. While the left has vocal opposition, the right allows Putin to claim the spotlight.

As Russia fought the Central Powers in World War I, its losses and the deprivation experienced by the troops fighting that war led to outright rebellion against the government of Tsar Nicholas II. They not only ousted the Tsar, but would eventually change their entire system of government. The rise of the Bolsheviks in Russian ideology led to a years long civil war that the Bolsheviks eventually won.

With no clear leadership without a Putin-like figure and ranks of the armed forces swelling to a staggering 1.4 million, the idea of another Russian civil war doesn’t seem so far-fetched. Putin still has his supporters, many of which are powerful oligarchs, but it’s hard to argue with 1.4 million angry soldiers who are sick of dying for nothing.

The absence of a national central authority figure doesn’t mean that localities don’t have powerful leadership. The repeated failure of Moscow to address the needs of its sprawling territory and citizenship may mean the end of a united Russia as we know it. Russia already has an ethnically diverse population spread across 11 times zones, who all might be thinking they can do better than being subservient to the Kremlin.

In the wake of the Fall of the Soviet Union, every non-Russian Soviet Republic broke away from the union and formed their own countries. Many of these countries who didn’t align themselves with Moscow are now thriving democracies with robust economies – something local leaders are sure to have noticed.