President Biden’s North Korea strategy is a mix of Obama and Trump’s. Here’s why it matters. 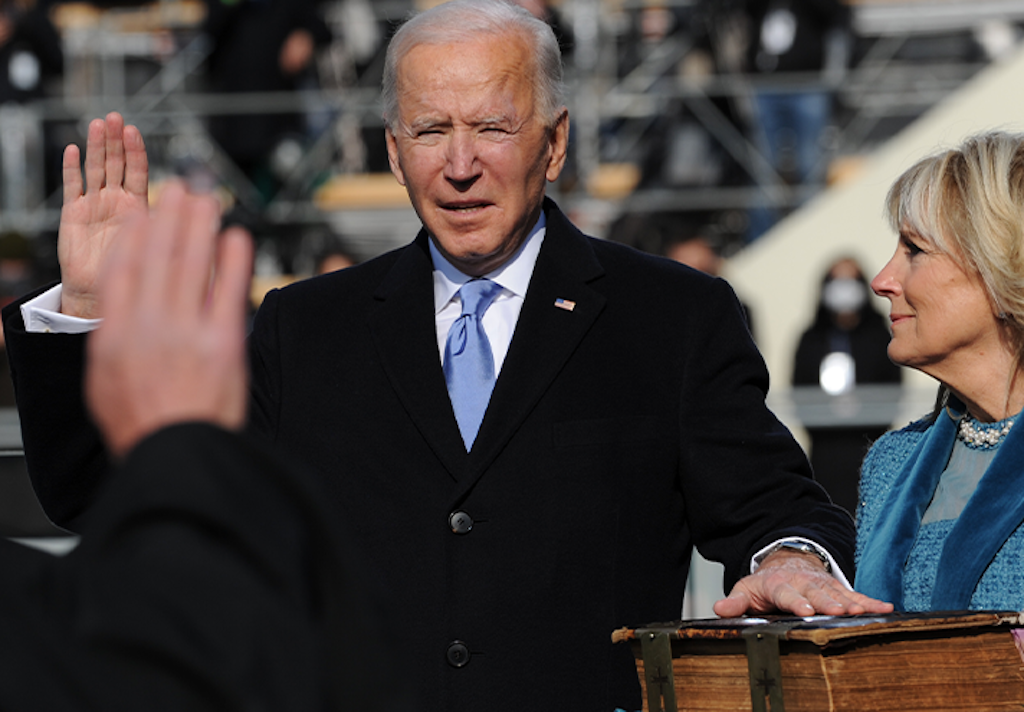 North Korea isn’t on the forefront of the world’s mind at the moment, given revolutions in Iran and an all-out war in Ukraine, but the Hermit Kingdom is begging for attention. In November 2022, the country launched a barrage of 23 missiles that escalated tensions between the normally collected South that nearly led to a pitched battle.

Though the North Korean missiles landed in the sea bordering South Korea, the South responded with three surface-to-air missile launches of its own. North Korea then responded in turn by firing more than 100 rounds of artillery toward South Korea.

The North claimed its missile launches were a response to the annual joint American and South Korean war games, used to train troops in South Korea for the possibility of another North Korean invasion. Kim Jong Un’s escalation of tensions reflects its growing desire for an ease in sanctions imposed by the West.

But Kim Jong Un isn’t going to get those sanctions lifted by being belligerent. The rest of the world wants North Korea to end its nuclear program.

The North began its nuclear program under the direction of Kim’s father, Kim Jong-Il, but progress was ramped up in the 2000s and 2010s. After President George W. Bush’s “Axis of Evil” speech included North Korea, the country left the Nuclear Non-Proliferation Treaty (NPT) and got to work building its existing nuclear and ballistic missile arsenal.

For years, the only way the West was willing to discuss denuclearization on the Korean Peninsula was through the Six-Party Talks, which include both North and South Korea, Japan, The United States, Russia, China, and Japan. After the UN condemned a North Korean attempted satellite launch in 2009, the DPRK left the Six Party Talks for good, expelling nuclear inspectors from the country.

President Barack Obama enacted a strategy of “strategic patience,” refusing to meet with North Korea, concede aid, or lift sanctions on the country until a certain set of preconditions were met. The idea was that any concession to the nuclear-armed North Korea would simply be rewarding behavior that was out of line with international obligations.

That’s how it went until President Donald Trump agreed to meet with Kim Jong Un in the 2018 Singapore Summit. Trump agreed to end the annual joint exercises that angered the DPRK. In exchange, Kim released three Americans held by North Korea. Kim also dismantled an ICBM production facility and destroyed a nuclear test site. The two sides also agreed to further re-establishing relations and to hold a second summit in Hanoi, Vietnam the next year.

The result of the Hanoi Summit was inconclusive, as the North wasn’t willing to give up all its nuclear weapons and the U.S. was unwilling to lift all the sanctions. The two sides were still talking, and most world leaders considered that to be a positive outcome. Trump would later visit Kim at the Demilitarized Zone, the border between North and South Korea, where he became the first President of the United States to set foot in North Korea.

Since President Trump’s 2020 election loss, the incoming Biden Administration has had no interaction with Kim Jong Un or North Korea. The Biden Administration says it’s open to talks with Pyongyang with no preconditions but hasn’t actively pursued those talks, either. Since the U.S. has resumed military drills, it’s unlikely that North Korean officials are looking to host Biden in Pyongyang anytime soon.

After the November 2022 barrage of North Korean missile launches, the Biden Administration is reportedly exploring options to punish the North for the provocative action. The choice left is to either recognize North Korea as a nuclear power or continue letting Kim Jong Un mass an arsenal and act out in increasingly belligerent ways.