10 people who shouldn’t join the military 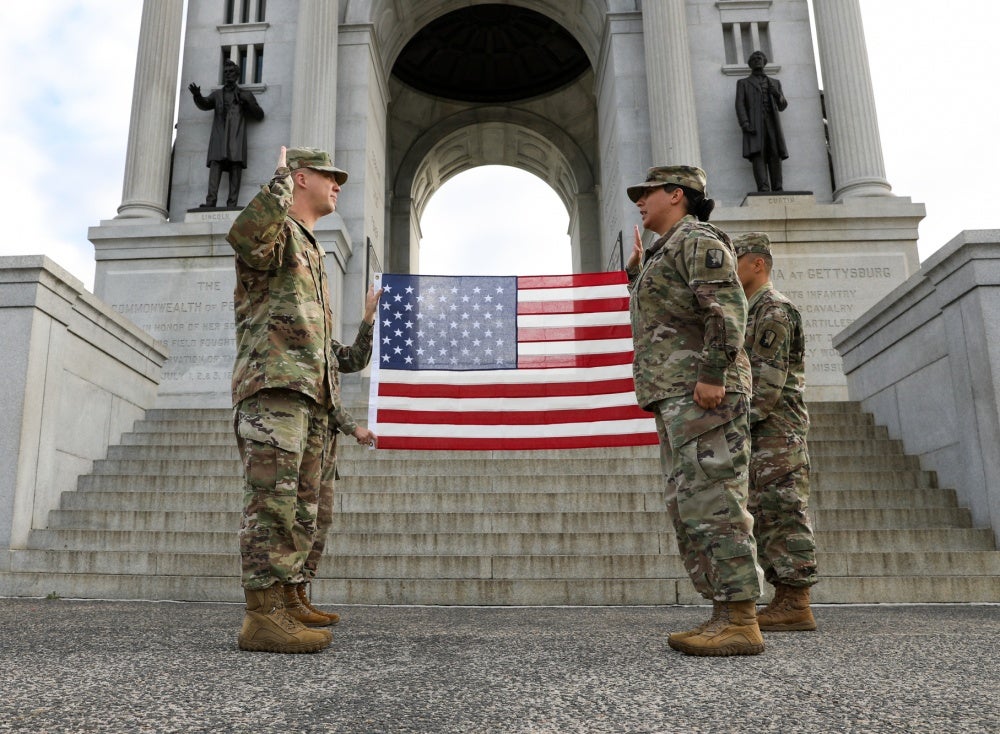 Military careers are awesome. Seriously, there are so many reasons why it’s a good choice to join the military. As a military publication, WATM obviously has a lot to say on that, but we want to explore the reality of military life from all angles. Military life has many benefits, but it’s not perfect. Up to 40% of new recruits fizzle out shortly after enlisting because they didn’t fully realize what military life is like. While you won’t know for sure until you begin boot camp, the following are a few signs that a military career may not be right for you.

1. You don’t meet all the requirements to join the military.

Every branch of the military has a slightly different set of requirements. Before you bother trying to enlist, run through the list to make sure you’re qualified. If you have a history of drug use or alcohol dependency, you don’t make the cut. If you have a criminal record, elligibility depends on the nature of your history. Any medical conditions that require frequent treatment or could potentially interfere with your ability to fulfill your duties will also disqualify you. Even debt can make it harder to enlist!

If you have a history of jumping from job to job, tread carefully. This isn’t a job you can quit. If you change your mind after you’ve enlisted, it’s too late. Joining the military can, without a doubt, instill a deep sense of responsibility, accountability and commitment. Still, it’s not a decision to make on a whim.

3. You want an independent lifestyle.

When you join the military, you’re handing over the reigns. The freedoms you’re fighting for are now for someone else, because the military will decide how much you sleep, where you live, how you dress, how long your hair is … you get the picture. Individuality and freedom go out the window for the entire duration of your military career. Before joining the military, make sure those are sacrifices you’re willing to make.

4. You have dependents and no contingency plan.

Single parents in the military are uncommon. If you’re the primary caregiver of children, parents, or other close relatives, you’ll need a rock solid plan detailing who will take over their care while you’re on deployment. Even then, you’re not guaranteed a waiver. Each branch has different regulations as to how many dependents, spouses included, are allowed with and without a waiver. Long story short, if you shoulder a lot of responsibility at home, a military career may not be an option.

5. You don’t do well under pressure.

If you have a hard time coping with stress, run. This isn’t a judgment of character at all. If you know that high-pressure situations can trigger significant symptoms of anxiety or depression, military life will be a challenge. Ask yourself if joining the military and dealing with training, deployment, possible combat would be a healthy, sustainable choice. If the answer is no, that’s okay. There are other ways to serve your country, like volunteering and fundraising, that are much less stressful.

6. You’re not willing to give up your recreational vices.

Admittedly, some states have now legalized recreational marajuana usage. In the military, that’s still a big no no. Any drug usage is grounds for instant expulsion and possible jail time. THC stays in your system for weeks, so you can’t partake on days off, either. Drinking in moderation is acceptable, but DUIs or any signs of irresponsible drinking habits have big consequences.

More military positions are open to women today than ever before. That said, the military can, and does, still discriminate based on gender. When we say discriminate, we mean differentiate. There is a biological difference in size and structure between men and women. I’d like to think I’m pretty strong, but I’m also 5’1 and 115lbs. Let’s get real; if a job requires sheer, brute force, I’m probably not the best pick for the job. For that very reason, some of the most physically demanding positions are still not open to women. If that’s an issue for you, don’t join.

If you’ve always been a big fish in a small pond, prepare for a rude awakening. Starting out, you’ll be at the lowest possible rank. Those of higher rank will tell you what to do, and you cannot say no- even if they’re a punk kid who’s five years younger than you. It doesn’t matter who you know, or how much you bench. You’re going to have to pay your dues and prove your worth like everyone else.

9. You can’t deal with violence.

Do we need to say more? No matter what branch of the military you join, violence is a possibility. Even mechanics, veterinarians, and doctors can be sent to combat zones. People in those and other non-combative positions have lost their lives on the job. If you serve in the Armed Forces, you don’t get to opt out of risky situations. You need to prepare yourself for that reality, both physically and mentally.

10. You expect your family dynamic to stay completely the same when you join the military.

When you’re gone for months at a time, your family learns to exist without you. The dynamic evolves. This doesn’t have to be a bad thing, but signing up for the military, your family life as you know it WILL change. Being apart can strain relationships, but it can also make you appreciate the time you have together in a whole new way.

If you can deal with these “disclaimers”, serving your country can be life-altering…In a good way!

Enlisting is a monumental decision, but it’s one that comes with free healthcare, housing support, opportunities to travel, 30 days of paid vacation each year, college tuition coverage, and a community for life. If you’re not up for it, that’s okay! If you are, you’re in for a crazy ride.