This 102-year-old WWII veteran fulfilled her dream of skydiving 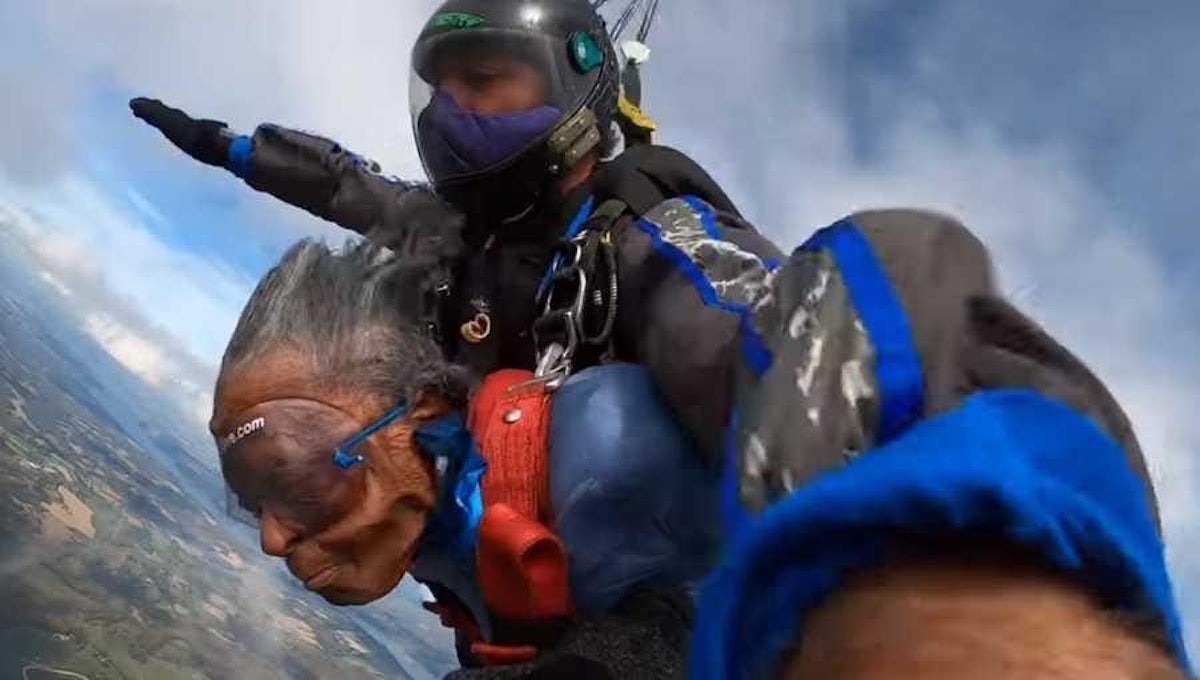 The Army is investigating a TikTok video in which an unidentified 18th Airborne Corps soldier at Fort Bragg drinks from an Ocean Spray bottle while lip-syncing Fleetwood Mac’s “Dreams” during a static line jump. The video in question was inspired by the viral TikTok video by Nathan Apodaca which caught the attention of Ocean Spray CEO Tom Hayes and earned Apodaca a new truck.

However, while the unidentified paratrooper has found himself in hot water due to the addition of juice and “Dreams” to his jump, another soldier has made her dreams come true under the canopy of a parachute.

Vivian C. “Mille” Bailey was born in Washington, D.C. in 1918. In 1942, she commissioned as a Lieutenant in the Women’s Auxiliary Corps at Fort Des Moines, Iowa. During WWII, she commanded a WAC detachment and earned several awards throughout her career. Bailey was honorably discharged in 1946 as a 1st Lt. She continued her service in the government working for the Veterans and Social Security Administrations. At the height of her career, Bailey served as a division director responsible for roughly 1,100 employees. She is also a long-time community activist, having served 23 years on the Howard County General Hospital Board of Trustees in Columbia, Maryland.

Though Bailey retired in 1975, she has stayed active as a volunteer and adventure seeker. In fact, at the age of 102, she checked off the most extreme item on her bucket list: to make a parachute jump. Bailey was inspired by President George H. W. Bush who celebrated his 75th, 80th, 85th, and 90th birthdays with parachute jumps. With the help of Skydive Baltimore, Bailey made her dream come true.

On October 18, 2020, Bailey took on her latest adventure which she called, “The thrill of a lifetime.” Bailey had wanted to make the jump for 10 years. “At one point when we were tumbling in the air, I felt like I was by myself. I thought, ‘Where did the paratrooper go?’”

On top of her service in WWII, long career of public work and volunteering, and successful jump, Bailey has received honors from President Trump and the late Rep. Elijah Cummings, had a police award named after her—the Vivian Millie Bailey Making a Difference Award, and now has a park in Howard County named for her as well. “So there are a lot of things that I can look back on,” Bailey said. “I am thoroughly happy and feel blessed that I’ve been able to do whatever I’ve been able to do.”