6 military museums that can't be missed - We Are The Mighty

6 military museums that can’t be missed 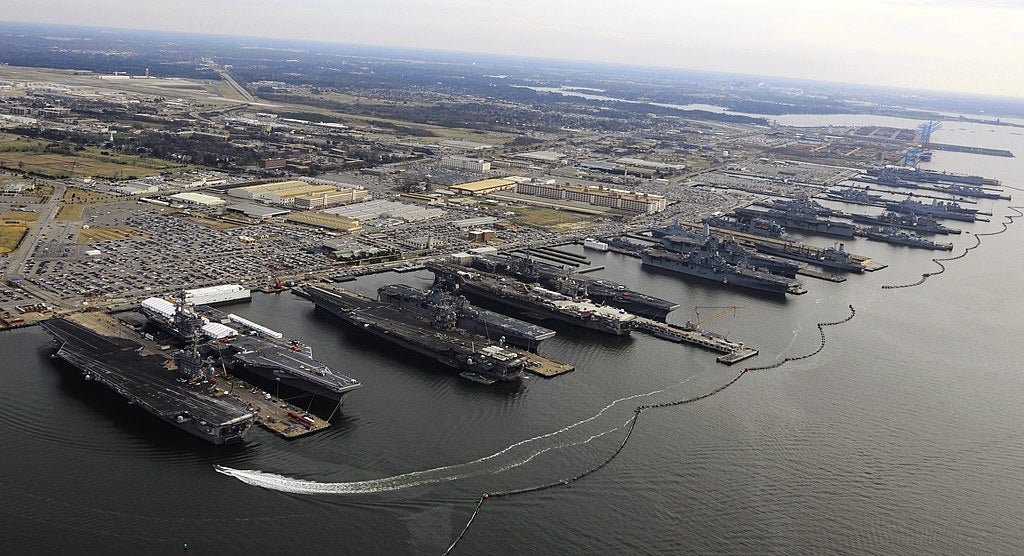 It’s summer! Time for fun in the sun. Or, if you’re a history buff like some of us, maybe you want to use this season to brush up on your military history knowledge. Good for you! Way to spend your off-time wisely. And if you’re into history, you probably already know that there are plenty of amazing military museums nestled around the country. But you might not know that several installations have their own museums and even offer tours.

So, aside from learning about the day-to-day lives of active-duty service members from years gone by, heading to a military museum on an installation gives you access to so much more. You’ll also learn about the rich history and traditions that have made the US military what it is today.

Here are 6 military museums that can’t be missed:

There’s a lot to love about the world’s largest Naval station. From fun family activities to reasonable on-base housing, NAS Norfolk seems to have it all. Even the founding of the installation is rich with historical intrigue! It’s even better if you’re into history. In fact, if you’re road-tripping nearby, it’s definitely worth a pitstop. Taking a tour of this base means you’ll get an up-close-and-personal look at military-grade aircraft, assault ships, destroyers and frigates. The tour also includes a visit to some of the historic houses from the 1907 Jamestown Expedition. This base is truly a must-visit for all military enthusiasts.

Now we know what you’re thinking. An Air Force base in SoCal can’t be that interesting, right? Think again! Southern California’s Edwards Air Force Base is a site worth stopping for. Since the 1950s, this base became the home of the US Air Force Flight Test Center. Just about every aircraft in the country has been tested here ever since. Edwards AFB was the original landing site for NASA space shuttles before Kennedy Space Center took over. If you are dying to hear the roar of a jet engine, make this a necessary stop on your summer road trip. Tours here are free, though you have to book a reservation ahead of time.

Marine Corps Base Quantico military installation in Triangle, Virginia is home to various government agencies. The FBI Academy, the main training facilities for the DEA and FBI, the Army’s Criminal Investigation Command, and the Naval Criminal Investigation Command are all right here at Quantico. Visitors generally can’t go inside the base itself, but the adjacent museum showcases its history and much of what goes on behind its walls. Guided tours through the museum are available every day. Military buffs passing through the area should not miss it.

During World War II, Naval Air Station Wildwood used to be the main location for bomber-pilot training. While it’s now known as Cape May County Airport, this New Jersey military installation has been transformed into a historic interactive museum inside an old World War II hangar. On exhibit are carrier planes, biplanes, Vietnam War helicopters, and an Avenger torpedo’s remains. If you’ve never been inside a warplane, you’ll finally get the chance when you visit. Add Naval Air Station Wildwood Museum as a stop on your road trip this summer for an experience like no other.

The first-ever submarine base in the U.S. is still up-and-running in Groton, Connecticut. Naval Submarine Base New London has come a long way since it began in 1915. It now hosts the world’s largest naval power with 11 submarine piers and 15 attack-class submarines. Civilians can’t enter the base itself, though the Submarine Force Museum just outside its front gates is a site worth stopping for. Real-life submariners even welcome visitors on their way in. For anyone in awe of the sheer power of a submarine, it would be a shame to skip this base if you are on the road nearby.

If you are driving around the Southwest, make sure you set time aside to visit the Air Force Facility Missile Site 8 in Sahuarita, Arizona. This site once housed Titan II, the country’s largest nuclear warhead during the Cold War. In 1963 it was almost launched at the former USSR, had they been found responsible for JFK’s assassination. Thankfully, history had other plans. A couple of decades later, the site was almost completely decommissioned, with the exception of Air Force Facility Missile Site 8. Now, it is classified as a National Historic Landmark, with museum tours available for visitors to feast their eyes on the deactivated nuclear warhead and more.

Can’t get enough of military museums? Well, you should definitely hit the east coast to check out the Lt. Michael P. Murphy Navy SEAL Museum. Learn about Lt. Murphy’s bravery in the 10,000 square-foot space.