7 Reasons the Turkey Should Have Been the US National Bird 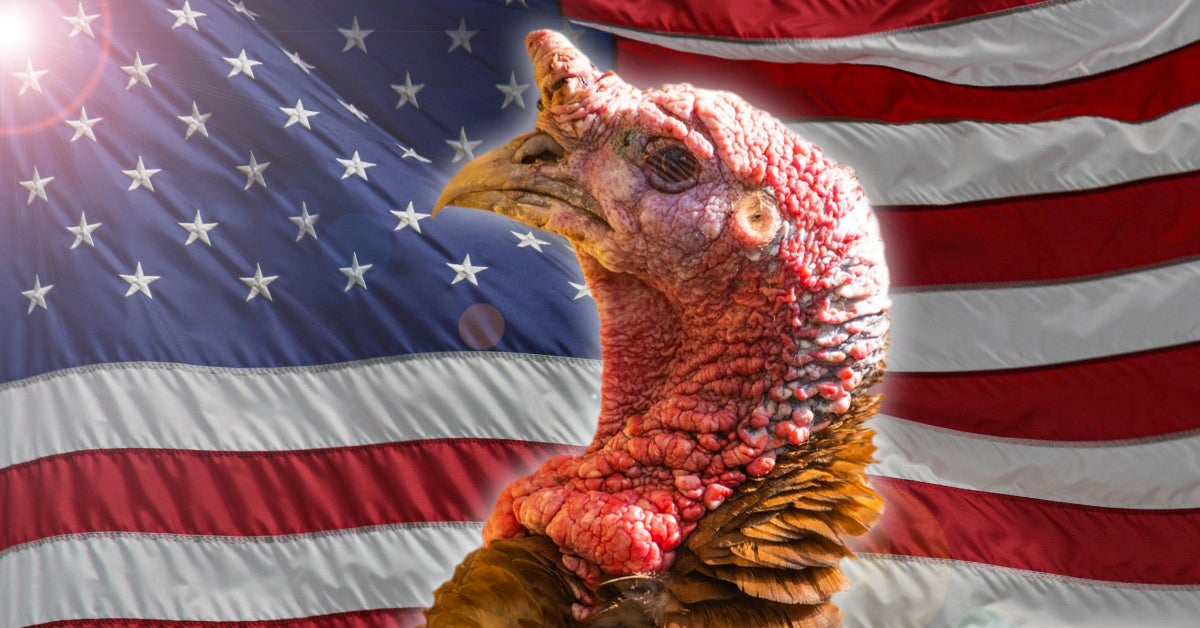 This article was sponsored by ButcherBox.

Every year, the United States goes through some 46 million turkeys, many of them going toward Thanksgiving dinners around the country. Meanwhile, no one sits down to eat American Bald Eagles.

There are many reasons for this; the most important is that it’s illegal because it’s the United States’ official bird. But it didn’t have to be that way. Founding Father and First American Benjamin Franklin thought the Bald Eagle had a “low moral character.” Instead, he believed it should have been the wild turkey, which he called a “bird of courage.”

Before we get into why Franklin was right, you need to know about ButcherBox. ButcherBox delivers 100% grass-fed, grass finished beef, free-range poultry, heritage-breed pork, and wild-caught seafood directly to your doorstep for less than $6.00 per meal. For a limited time, new members will receive a FREE turkey (10-14 lbs) in their first box. This offer expires November 15, so run (don’t walk), because if you don’t get the turkeys, they might get you.

1. The turkey is a stone cold killer

Wild turkeys have a very rigid social structure. The term “pecking order” likely originated with turkeys – and turkeys don’t care what species you are. If you’re lower on the pecking order, they will let you know.

And that’s no joke. A turkey has 270 degree vision and can see better in the daytime than most other animals. To top it off, we’re talking about a 20 lb+ bird that can fly up to 60 miles per hour.

So, get some turkey before they get you.

As far as a food bird goes, you can’t get better than a turkey. The same 20-pound frame that makes a turkey a formidable adversary also makes it a rich prize.

Simply put, a turkey yields a lot of food. And like the Bald Eagle, its conservation status is of “least concern” to environmentalists. It wasn’t always this way. By the early 20th century, the American wild turkey was almost extinct. It bounced back in a big way, though.

Unlike the Bald Eagle, they are still legal to eat. By the 1950s, turkey was one of America’s favorite foods.

3. They were probably velociraptors

Despite what some incredibly popular movies would have you believe, the Velociraptor was likely not any bigger than a wild turkey. 65 million years ago, the raptor was a bizarre, bird-looking creature, even back then. With feathers and its signature longclaw, it would have been a fearsome creature.

Given the temperament of today’s wild turkeys, they can’t be too far removed from their dinosaur ancestors, can they?

The wild turkey isn’t going around pecking at corn and feed like a chicken. When it comes to eating, turkeys don’t really hold back. Sure, they will indulge in what’s provided like any other bird, but turkeys won’t stop there. They will even eat small reptiles.

Even if the rest of America didn’t share Benjamin Franklin’s vision of the turkey, Franklin wasn’t alone. Centuries before Franklin started going around inventing stoves and bifocals, the Mayans of Central America were domesticating turkeys for religious reasons.

Mayans believed the bird had special powers, and could only be owned by the rich and powerful among them.

6. The tryptophan thing is a myth

Every Thanksgiving, without fail, someone perpetuates the myth that turkey contains an abundance of the amino acid L-tryptophan, which is the reason we fall asleep so fast after eating it. This is fake news. In fact, it sounds like something someone over at Big Chicken made up to muscle in on turkey’s Thanksgiving monopoly.

While turkey has a lot of the amino acid, it’s not what’s putting us to sleep. We fall asleep because we just stuffed our faces with butter, sugar and carbohydrates.

7. The eggs are even more delicious

Why don’t humans eat more turkey eggs? Because turkeys require more food and space to lay eggs, and when they do, they don’t lay quite as many as chickens. So acquiring eggs from turkeys can be much more expensive than the chicken. A turkey egg can cost twice as much as a dozen chicken eggs.

But when you taste the difference between chicken and turkey eggs, you’ll understand why it’s worth $3.00 per egg.

BONUS — 8. Without turkeys, Thanksgiving gets weird

While no one ever thought to go around eating bald eagles for Thanksgiving (yet), the Thanksgiving dinner table in America was a very different place before we accepted turkey as our bird and savior.

For example, the pilgrims likely ate seals for the first Thanksgiving, which shows why England was right to persecute them. Just drawing on presidential Thanksgiving menus, things didn’t exactly get better from there. President William Howard Taft had a possum for Thanksgiving one year and Calvin Coolidge ate a raccoon.

We can thank the turkey for not having to have Thanksgiving dinners we likely hunted with our cars.

That being said, don’t forget to head over to ButcherBox and get your FREE turkey when you sign up as a new member! ButcherBox turkeys are free-range, all natural (no antibiotics or added hormones*), and humanely raised by trusted farmers who believe in better. Box options and delivery frequencies are flexible to fit your needs, or cancel anytime with no penalty.

* Federal regulations prohibit the use of hormones or steroids in poultry.

This article was sponsored by ButcherBox.