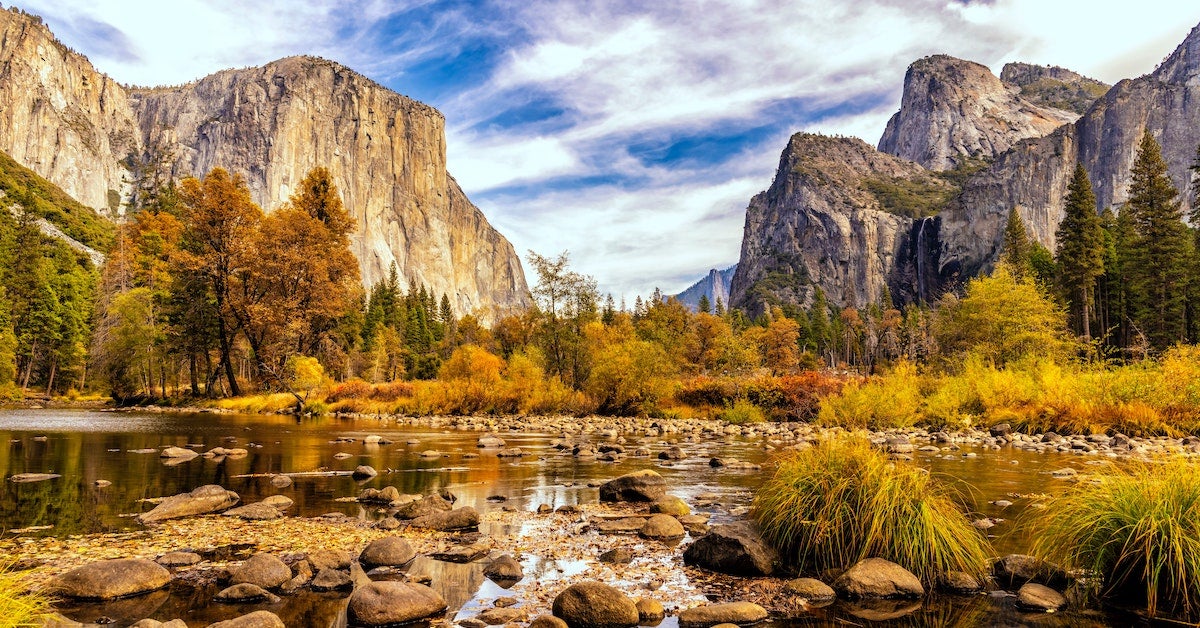 FOX News Journalist Abby Hornacek is no stranger to the outdoors. Growing up in a family of athletes, she’s now brought her love for fitness and travel to the FOX Nation series, Park’d.

In 2020, disabled military veterans received one of the best benefits of service the country could give them: free access to the most breathtaking sights in the country they served.

A partnership between the U.S. Department of the Interior, National Park Service, Forest Service, Fish and Wildlife Service, Bureau of Land Management, the Army Corps of Engineers and the Bureau of Reclamation allows veterans with a service-connected disability an Access Pass that allows for free entry and discounts on park amenities.

There are so many reasons why this is an incredible benefit for America’s disabled veterans (and Gold Star Families, by the way). On Park’d, you can see FOX’s Abby Hornacek hike, surf and RV across the country in the most stunning national parks, but here are a few she’s visited everyone should see for themselves.

From Grand View Point, visitors can see much of the park’s painted, jaw-dropping landscape in all its technicolor glory. The Mesa Arch is probably its most famous landmark, and with one look, visitors will see why. Canyoneering and camping is a must for any visitor, but the thrill seeker can watch Abby Honacek rappel a 120-foot drop into the park’s “Medieval Chamber” and consider taking the challenge.

Maine’s Acadia National Park isn’t just a sight to see for so-called “leafers” looking for explosions of color among the fall foliage. It’s called the “Crown Jewel of the North Atlantic Coast” for a reason. Hiking in Acadia means literal cliff walks, offering a full panoramic view of the Maine coastline and the beautiful forests below. You may even get a glimpse of the majestic Peregrine Falcons that call Acadia home.

When Abby Hornacek visited Acadia National Park for FOX Nation’s “Park’d,” she was able to take in the full grandeur of the park’s vastness by gliding far above the treetops. The park is so vast, in fact, that reaching some of its outlying islands could take a full day’s boat ride. Hornacek and company got in some good lobstering along the way.

From the Atlantic Coast to the Pacific Coast, Abby Hornacek took in Channel Islands National Park, south from the coast of Santa Barbara. In true California style, she took in some of the best waves on the West Coast, surfing in the cool Pacific waters off the “Galapagos of North America. A visit to Channel Islands National Park is an experience in one of the most ecologically diverse places on the continent.

Kayaking across Santa Cruz island, she was able to experience the California coast as it was when untouched by human contact. Kayakers and hikers to any of the five Channel Islands will have an opportunity to see green peaks, pristine coastlines and an intense array of wildlife, from sea lions and island foxes to the American Bald Eagle.

Visitors without a lot of time to explore Mesa Verde’s 5,000 natural wonders and 600 Native American cliff dwellings can still have an amazing experience inside the park’s 52,000 acres. Abby Hornacek explored as much as possible through a zipline excursion, which gave her a panoramic view of the park and its deep canyons.

For a more up-close and personal view of the vistas of Mesa Verde, visitors can hike the Petroglyph Point Trail, for views of the canyons, cliffsides, and expansive work of art that nature created. The best view comes from hiking to Park Point Fire Lookout, the highest point in the park. At 8,572 feet, those who make the trek will be able to see Utah, New Mexico and Arizona on a clear day.

Anyone  planning on seeing as much as possible in Mesa Verde should prepare for camping in the park, as it was just certified as an International Dark Sky Park, perfect for stargazing in the clear Colorado skies.

Arkansas’ natural wonder was established long before the idea of creating national parks even existed. It’s easy to see why. The lush green landscape is fed by thermal springs from thousands of feet below ground mixed with the cold ground water of the area. What makes this park unique is how closely the park is integrated to the surrounding area.

Abby Hornacek explored the history of the town, which featured rustic bathhouses and other tourist attractions using the storied healing power of the spring water. She even gets a lesson in beer brewing using Hot Springs’ famous water supply from the locals. Follow Hornacek as she summits Music Mountain, the park’s highest point for a breathtaking view.

No list of breathtaking national parks would be complete without including California’s Yosemite National Park. The park is home to 1,200 square miles of glacier-carved peaks, stunning river valleys and the majestic waterfalls that dot the landscape – a truly unforgettable experience.

Visitors will also see the forest of grandiose, ancient Giant Sequoias and the storied, legendary granite summits of El Capitan and Half-Dome. On Park’d, viewers can follow FOX’s Abby Hornacek as she braves a zipline over the mountains of the Yellowstone National Park and rafts the formidable Yellowstone River.

What’s even better? If you’ve served or are currently serving our beautiful country, then you get a free year of FOX Nation, where you can catch a new season of Park’d on July 3rd. Check out the FOX Nation website for more details!