All you need to know about Space Force uniform changes 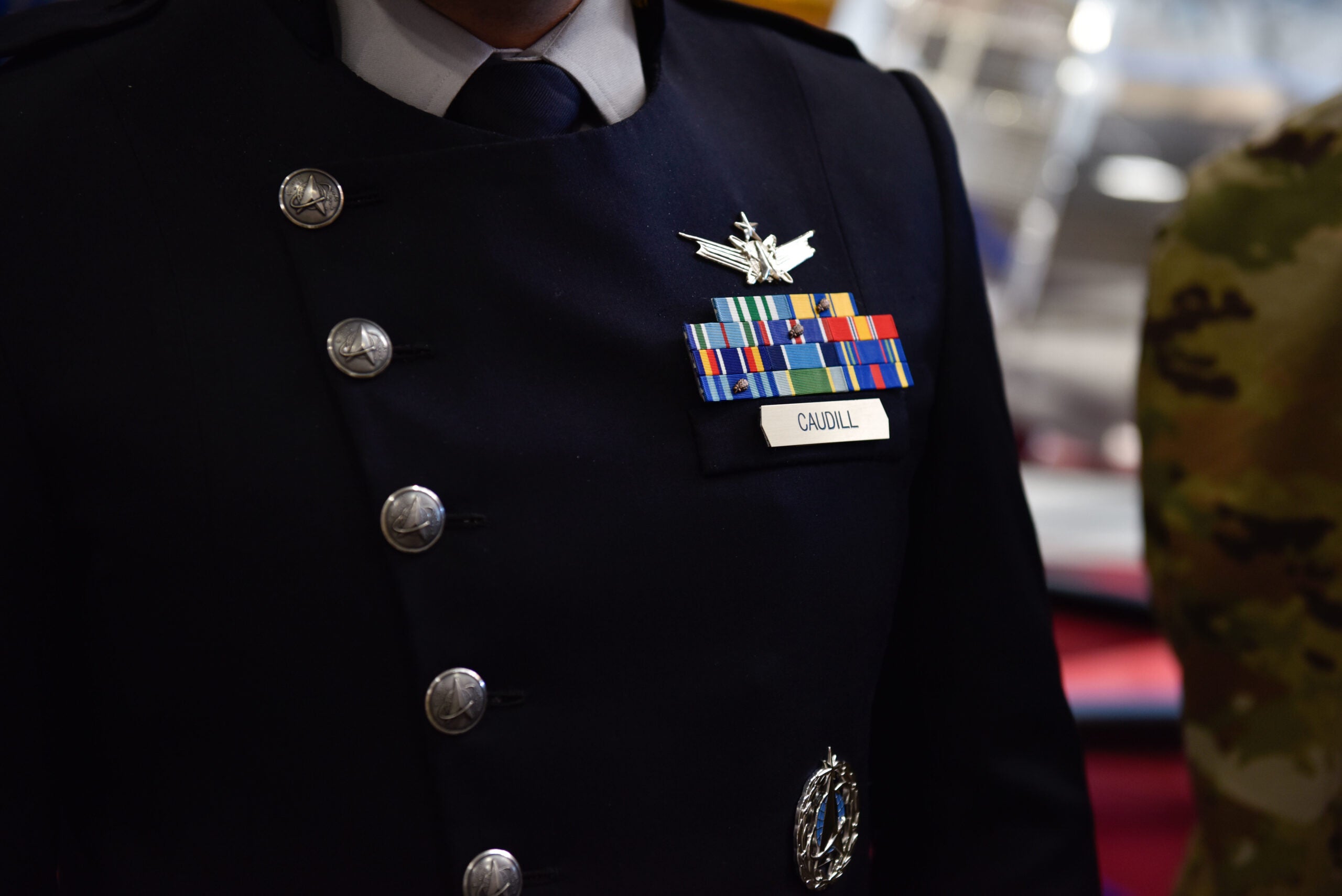 The current Space Force uniform worn to non-formal but official events like graduations and promotion ceremonies is the same as the USAF uniform. However, that’s about to change. The current uniform includes a three-button coat with silver-colored buttons. The coat features a design known as “Hap Arnold wings.” The Air Force Uniform consists of a matching pair of trousers, and pants can be substituted with a skirt.

Enlisted Guardians wear cloth ranks on both sleeves, while officers wear metal ranks on the shoulders of their coats.

The current Space Force combat utility uniform includes the Army Operational Camouflage Pattern. However, certain Guardians are exempt from wearing this uniform based on their job function.

According to a memorandum published in May 2022, “The image Guardians present in uniform is a symbol of service identity and culture.”

For Space Force service uniforms, new changes include adding stripes to the service dress uniform. The pockets are getting changed, too, as are the number and direction of the jacket buttons. There will even be additional pockets on the jacket, making the Space Force uniform look nothing like the USAF dress uniform.

The daily Space Force Guardian uniform includes specific branch coloring. Guardians also wear a full-color U.S. flag patch, grade insignia, occupational badge, and name and service tapes. The catch is they have to be sewn on with “space-blue” embroidery on a three-color OCP background. Until space blue patches are widely available, the branch has authorized a spice brown color.

These include a hexagonal nametape for all Guardians. Enlisted USSF members will also have a hexagonal lapel insignia. Service hat badges will be different for officers and enlisted Guardians, and now, the Space Force “Delta, Globe and Orbit” buttons will also be part of the uniform.

Guardians are also testing new PT uniforms to help further differentiate them from the Air Force.

Considering making the switch to Space Force? Check out this post about what life is like at Buckley Space Force Base.