Why we cosplay: How three MilSpouses found an outlet in a world of uncertainty - We Are The Mighty

Why we cosplay: How three MilSpouses found an outlet in a world of uncertainty 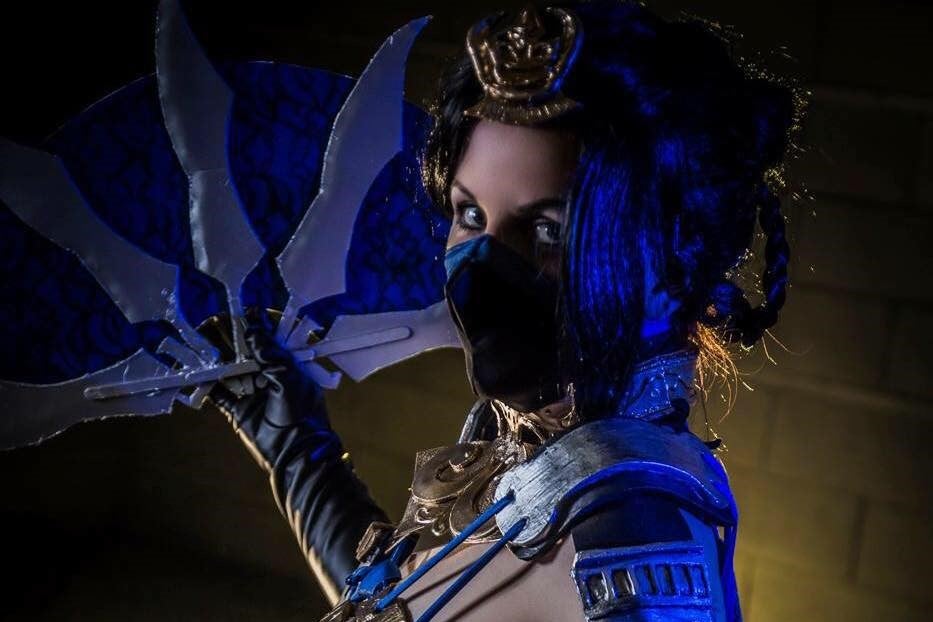 Be it writing, crafting, sewing, makeup, painting or music, the arts are considered both a hobby and an outlet for many military spouses. One such hobby – cosplay – has begun to pop up more and more in the military community. Cosplay, by definition, is, “a performance art in which someone dresses up as a character from a book, a movie, or a television show.” Cosplay often combines sewing and various forms of crafting, including makeup and building, to make a costume. But to some, it is much more than a hobby – it is a form of self-expression. These three military spouse cosplayers share what cosplay means to them, and how it has ultimately changed their lives for the better.

“Cosplay gives me an attainable outlet that I would not have otherwise.”

For some, cosplay is a way to get back in touch with oneself when life doesn’t go as planned. Lexi Fontaine, 26, an Air Force spouse stationed in Virginia, grew up doing theatre. However, when Fontaine was diagnosed with multiple sclerosis at 16, she had to stop performing for the sake of her health.

When Fontaine and her new husband moved to Georgia in 2015, Fontaine noticed character appearances for birthday parties and other events were a huge hit. “I thought, ‘Well, that sounds fun, and sounds like something that I could do, and would enjoy doing.’ This was also at the beginning of my health journey, so I said, ‘why not?’” she said.

Shortly after starting her own business, Fontaine realized that this wasn’t what cosplay was supposed to be to her. “I think what was hard for me was when I started the business, I didn’t feel true to myself when I was charging people,” she said. “Because, for me, dressing up was an extension of the escape that theater always was for me. Cosplaying, being able to take on the personality and the magic of other characters – especially Disney – gave me an outlet for creative expression that I felt like my health took away from me.”

Fontaine also enjoys how liberating cosplay can be. “I got some really really nasty comments about my weight when I was dressing up for events, and I was a fraction of the size I am now. They really discouraged me. But with cosplay, you’re allowed to dress up as whoever you want to dress up as, so long as you do it respectfully and like it; you have no obligation to conform to anybody else’s standards. I think that there’s something very freeing about that,” Fontaine said.

If you follow Fontaine on Tiktok, you’ve likely seen her singing, dancing and dressing up like various Disney characters. She even “duets” with other TikTokers who make similar content to hers. “TikTok is where I use a lot of my costumes now. A lot of acting duets and stuff I do are modern day characters inspired by Greek gods and goddesses, and being able to take that and create a character out of that, there’s something that’s also very empowering about that. I feel that way about creative outlets in general – being able to take all of this extra creative energy that is constantly going through my mind, and actually put it somewhere, it gives you the sense of accomplishment that I don’t really get from a lot of things right now,” she said.

“It feels like a way to express the inner desires of my soul.”

Whether she is splashing in the waves as Mermaid Harmony, frolicking in the forest as Fairy Moonfire or Live Action Role Playing (LARP) as the notorious villain in her local roleplaying group, Aj Smit is weaving joy wherever she goes. Affectionately known as “The Joy Weaver”, Smit, 31, is an Air Force spouse, author, speaker and owner of  In Joy Productions, a safe space for women to explore who they are through art, meditation and creative conversation.

Smit started cosplaying seven years ago, when she and her husband lived in Hawaii. “We went to the Comic Con. I was selling things, and everybody else’s dressed up and I thought it’d be awesome.” When asked what drew her to cosplay, she replied, “Honestly, I didn’t want to be in ‘human’ clothes.”

She also created a business through cosplay with her character Mermaid Harmony, who entertained moms and kids. “I started [my Mermaid Harmony business] because I always wanted to be a mermaid growing up,” she said. “[My husband] Jared joined the Air Force, and so it was a perfect way to have my own business, be a mermaid and also take it with me anywhere I went. It just looked like the perfect job, and it became the best of both worlds.” she said. “There’s a lot of moms who have dreams, and they also want magical moments for their kids. The way that we strip imagination and fantasy from people nowadays, we only allow it into escapism and we don’t weave it into our everyday lives,” she said. “I wanted to change that.”

When it comes to cosplay, Smit says it gives her a way to explore aspects of herself without ramifications. “When I do my photo shoots, or when I go dress up or dance in the woods, paint or draw henna, it’s all a way to explore who I am,” she says. “And with LARPing, it’s all an expression of something I want to explore, discover or uncover, like a personality trait or something that’s not safe to explore in the regular human world.”

Smit says that she can also explore some of her “dark” side. “You know I can be a crazy power hungry satyr in a game and be like, ‘Nope, it’s my way or the highway,’ where I would never do that in the human world,” she says.

Be on the lookout for Smit’s new book, The Red Thread, out in September 2021!

“Cosplay gave me a way to reconnect with my Ffmily”

Ashleigh Magee is a busy woman. Not only is she an active duty sailor in the Navy, but she is also a military spouse AND entrepreneur. She owns Ashleigh Magee Coaching, where she helps women in the military community lose weight, get fit and build healthy habits.

Magee says her love of cosplay started when she went to her first San Diego Comic Con. Because of her circumstances, she had to buy her first costume. “I went to my first [San Diego] Comic Con in 2013.I was able to get tickets really late, and I [had] just graduated from the Naval Academy. I was living out of the hotel, so literally the only thing at my disposal was ordering online. So I cosplayed as Princess Peach. And I had a friend dress as Mario,” she said.

Shortly after her first comic con, Magee tried her hand at making her own costume. “When I lived in Hawaii, I found this amazing hot pink sequin ABS dress and got it tailored to my body. So I have an 80s Princess Peach with pink high top Chuck Taylors.” she said.

She says cosplay helped her realize that she had other interests. “I’ve always been a theater kid. I also didn’t know I was a nerd until later in life.I was always the weird kid that didn’t fit in but I didn’t understand what that meant until I was in college. In college, I was finally around theater kids.”  So I think part of it is the theater kind of aspect but cosplay to me is an external expression of who we are and who we want to be.” she said.

Magee credits cosplay with helping her reconnect with her creativity. “When the pandemic started, I was here alone. I’m extremely extroverted, and I had just moved here so I had time to make maybe three friends before everything shut down,” she said. “I was using my business as a coping mechanism, and just work work work work work work, and I was like, ‘I need to reconnect to my outlets,’ and this was also happening while I was reconnecting with my biological mom who instilled those things in me at a young age.”

Magee says cosplay has also helped strengthen her relationship with her mother. “I grew up in a house where they taught me how to knit, and quilt, and we were always crafting. So it’s been really beautiful in that way. As I’ve reconnected to my own creativity, I’ve healed my inner child and strengthened my relationship with my mom, so it’s like all these beautiful things all wrapped up into one,” she said.

Her next project? “She [my mom] and I are actually doing a 2021 sewing project! We’re both going to make Victorian outfits – I’m talking skirt, corset, the whole nine yards!” she said.

The next time you’re at a convention and you happen to see a cosplayer, be sure to tell them how awesome their costume is. You never know how much they need to hear it!