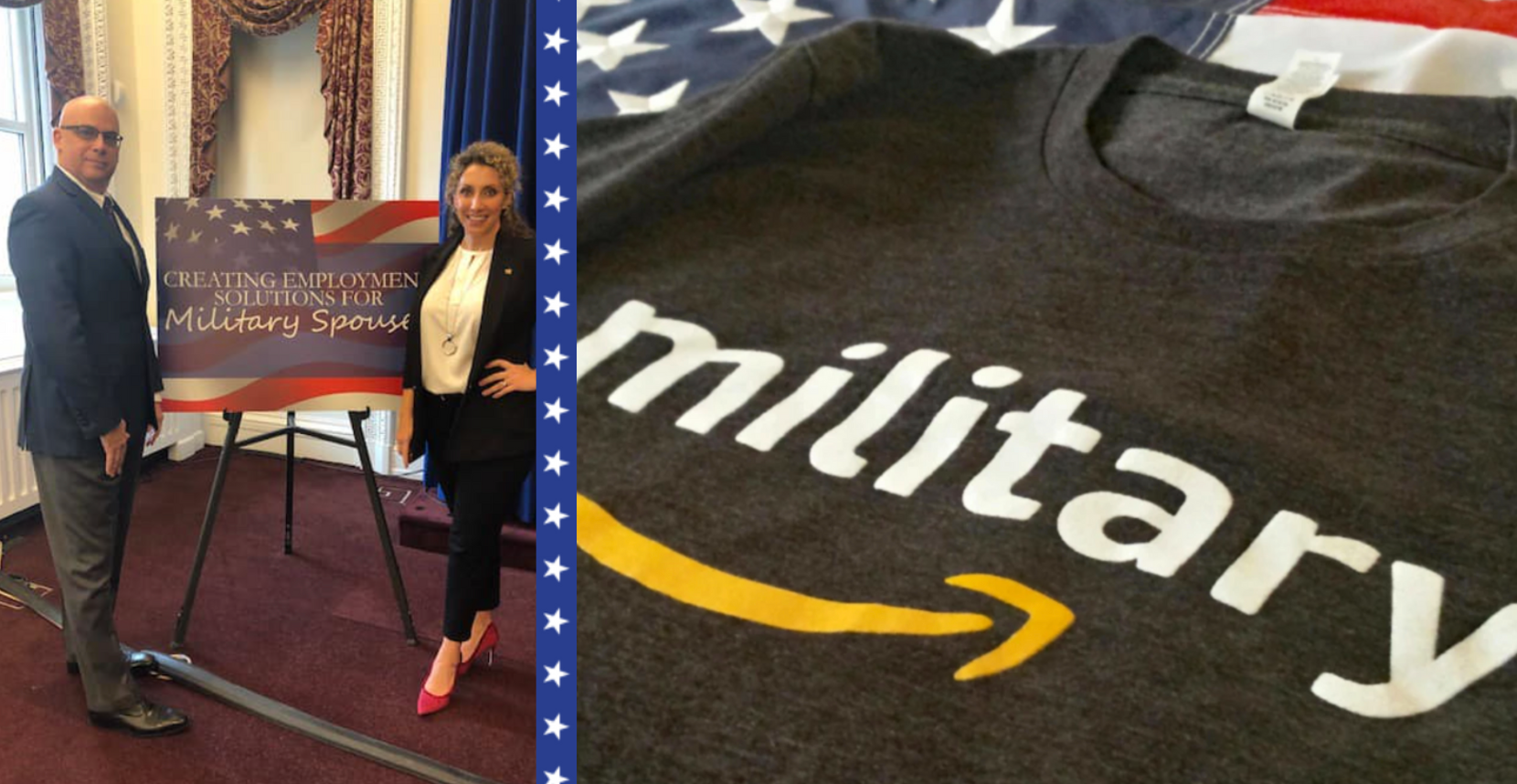 Five years ago, Amazon committed to employing 25,000 military spouses and veterans in the United States by 2021. As of February 2021, they employ over 40,000. One military spouse is helping them go even further.

Beth Conlin is the Senior Program Manager for Military Spouses for Amazon. It isn’t just a job for her — it’s more personal than that. It’s a calling. As the spouse to Army Lieutenant Colonel Shaun Conlin, the employment struggle has been a part of her life for a very long time.

“Early in my career, I would remove my wedding ring and remove locations from my resume. I’d say he [my husband] worked in logistics,” Conlin said with a laugh. “For me, my career is the thing that drives me….When we moved to Germany in 2013 and I had to quit due to SOFA [Status of Forces Agreement] I was just dumbfounded. How could an external factor that had nothing to do with what I did take away my economic opportunity, my professional development and a big part of my identity?”

This experience led Conlin to advocate for all military spouses. She eventually created a small business that essentially developed and built employment opportunities for military spouses. Five years later, she was back in the states and approached Blue Star Families to partner in effort to support the issue. They offered her a job instead.

She soon recognized how pivotal her new role at BSF was. “It was the first time that it hit me that it mattered. We PCSed from DC to Georgia and I didn’t have to quit,” Conlin explained.

Her continued engagement with the civilian and military change makers led to her employment with Amazon in 2020. “Through a series of my own advocacy work and nonprofit work, I met my now-boss at a working group… I was talking about military spouses and the employment I had built and he was like, ‘Wait a minute, can you come do that at Amazon?’” Conlin shared.

Her role within the global product and services company is extensive. “I build programs to connect military spouses to employment and I also build educational programs internally to help our recruiters and hiring managers understand the value of hiring military spouses,” Conlin explained. She also developed the platform which allows military spouse employees to flag their profile when they have orders for an upcoming PCS, allowing the internal hiring teams to find new roles for the spouse at the new duty station.

Conlin also does a lot of work within community engagement, working alongside prominent nonprofit organizations serving the military community. She frequently briefs the White House and Department of Defense on military spouse employment needs and concerns. “The conversation is definitely shifting. Companies now encourage you to self-identify as a military spouse,” Conlin said.

When she was asked to name her favorite part about working for Amazon, it was too hard to pick just one. “Amazon encourages you to fail fast. They want you to be curious, creative and innovative when you solve problems. If you’ve gotten it wrong, find out quickly and move on. That allows me to experiment with a variety of solutions,” Conlin explained. She also loves the customer obsession Amazon stands behind and the collective support and family vibe the company embodies every day.

When the COVID-19 pandemic hit the United States in 2020, military spouses were the foundation of resiliency for Amazon as a whole. “They put their collective arms around the rest of Amazon and said, ‘We know how to thrive in uncertainty. Just follow us,” Conlin shared. The value we add is intentionally recognized by what we bring to the workforce.”

May 7, 2021 is Military Spouse Appreciation Day. At Amazon, they’ve been celebrating all week long. The company focused on the intersectionality of military spouses, creating an internal campaign called, “What’s your and?”

“A lot of us are military spouses and parents, and, and, and,” Conlin explained. “It was incredible to openly share what that means for us — especially after hiding that for so long.”

Conlin was honest in saying she could never have imagined her journey of tackling military spouse employment unfolding the way it did. It’s an evolution she’s proud of, and with her new role deep in the trenches of the issue for Amazon, she’s grateful. “It is more than just a job, it is a problem that is solvable and it is really really inspiring to be with a company that believes it’s solvable too.”