6 badass women in the military - We Are The Mighty

6 badass women in the military 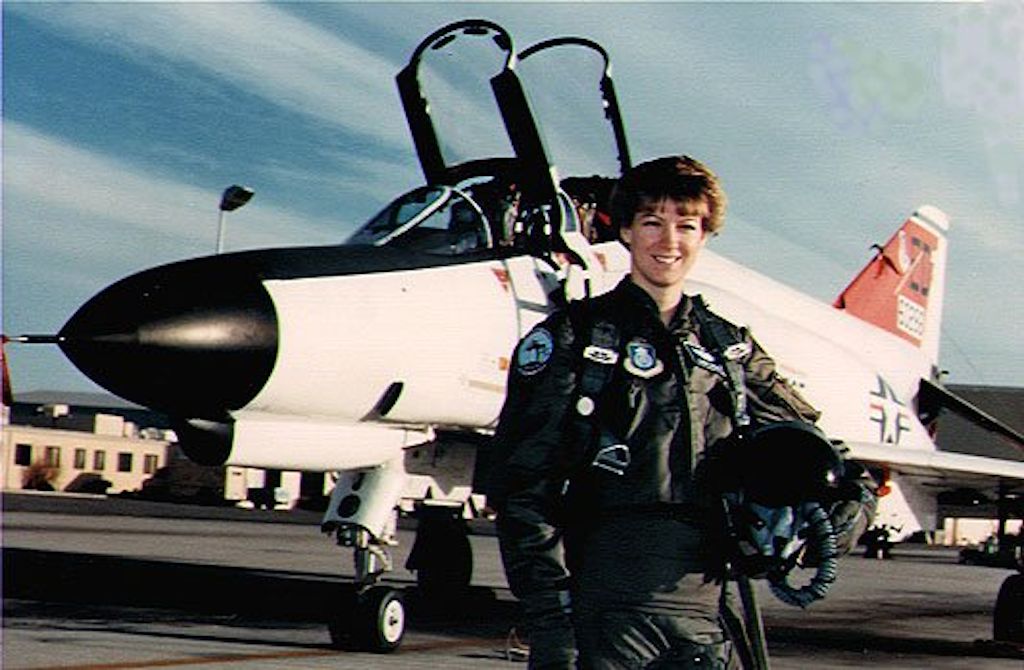 Amongst the backdrop of our relatively male-dominated world, women have often taken supporting roles. This is especially true in male-dominated fields like the military. Despite the perception that women weren’t suited to physically demanding jobs, many women have gone on to take leading roles in several branches of the U.S. military. Today, we’re turning the spotlight to shine on some of the most badass women warriors around.

Captain Linda Bray was the leader of the 988th Military Police Company in 1989. Out of the 700 women who took part in Operation Just Cause in Panama, Bray was the first woman to command American soldiers on the battlefield. In several interviews, Bray said that she joined the Army to be challenged on a personal level, as well as to represent her country.

And boy, she did not disappoint. Bray’s leadership shined a light on the marginalization of female soldiers in the U.S military and ultimately caused leaders to reconsider the prohibition of women in the military. The ban officially ended in 2013. To this day, Linda Bray serves as a role model to many female soldiers who still often find themselves challenged within the military system.

In 2008, Ann E. Dunwoody became the first female officer to reach four-star rank in United States military history. Before retiring in 2012, Dunwoody led Army Materiel Command. During the First Gulf War in 1992, she was also the first female commanding a battalion in the 82nd Airborne Division. Regardless of her achievements, Dunwoody retains a humble vision of her military career, stating that she “sees herself as simply a soldier.”

Perhaps this viewpoint can be attributed to Dunwoody being a fourth-generation Army officer. In her family, serving your country isn’t an extraordinary achievement; it’s just what you do. She stresses the importance of recognizing the journeys of other women in the military, as the women serving today are paving the way for those to come. In 2015, Dunwoody compiled all her knowledge from past military campaigns and experience in leadership, releasing a book called “A Higher Standard: Leadership Strategies from America’s First Female Four-Star General.”

In 2015, Captain Griest and 1st Lieutenant Haver became the first female soldiers to successfully finish Army Ranger School and subsequently earned their ranger tabs. The Ranger School, established in 1950, has had over 77,000 tabbed soldiers, but Griest and Haver were the first women to qualify. Both graduates of the U.S Military Academy at West Point, Haver served as an AH-64 Apache pilot, and Griest was a military police platoon leader. Both women viewed Ranger School as an excellent way to prepare themselves for leadership positions.

Haver has stated before that she wanted to attend for much of the same reasons men do: to gain experience and be exposed to potential opportunities. In addition, she’s also said that normalizing female representation in the military will not only make the military atmosphere more diverse and accepting, but also a better institution all around. Griest and Haver’s trailblazing mission has proved even more successful; over 30 women, including National Guardsmen and enlisted soldiers, have since earned their Ranger tabs.

Eileen Collins, perhaps better known for her role as the first female space shuttle commander, also had a highly accomplished military background in the Air Force. Collins was one of the first women to be recruited for Air Force training right after graduating from Syracuse University and completed her training in 1979. After graduating, she also became the first female flight instructor for the Air Force, teaching pilots how to fly complex military aircraft.

By 1989, Collins had not only received several more advanced degrees but had also logged over a thousand hours in flight time. Combined, her degrees and flight time were more than enough to be accepted into the competitive Air Force Test Pilot School at Edwards Air Force Base in California. From there, Collins proceeded to be the first female pilot for NASA, spending 419 hours in space. She was assigned to the historic Columbia space shuttle in 1999. Now retired from both the Air Force and NASA, she has received a great deal of recognition for her accomplishments, including indictment into the National Women’s Hall of Fame.

According to Colonel Mary Hallaren, there was never a question about whether women should serve in the military. With the onset of Wolrd War II and the shockingly gruesome events at Pearl Harbor, Hallaren enlisted in the first training class of the Women’s Auxiliary Army Corps, commonly known as WAC, in 1942. Hallaren’s pension for leadership proved beneficial; she was quickly promoted to commanding the most expansive female unit overseas.

By 1948, she was the director of WAC and earned the first commissioned officer position in the Regular Army. Unlike most military positions offered to women at the time, it was a non-medical role. Throughout the rest of her career, Hallaren’s passion and dedication made her instrumental in the fight for inclusion. Her work eventually earned her a spot in the National Women’s Hall of Fame.