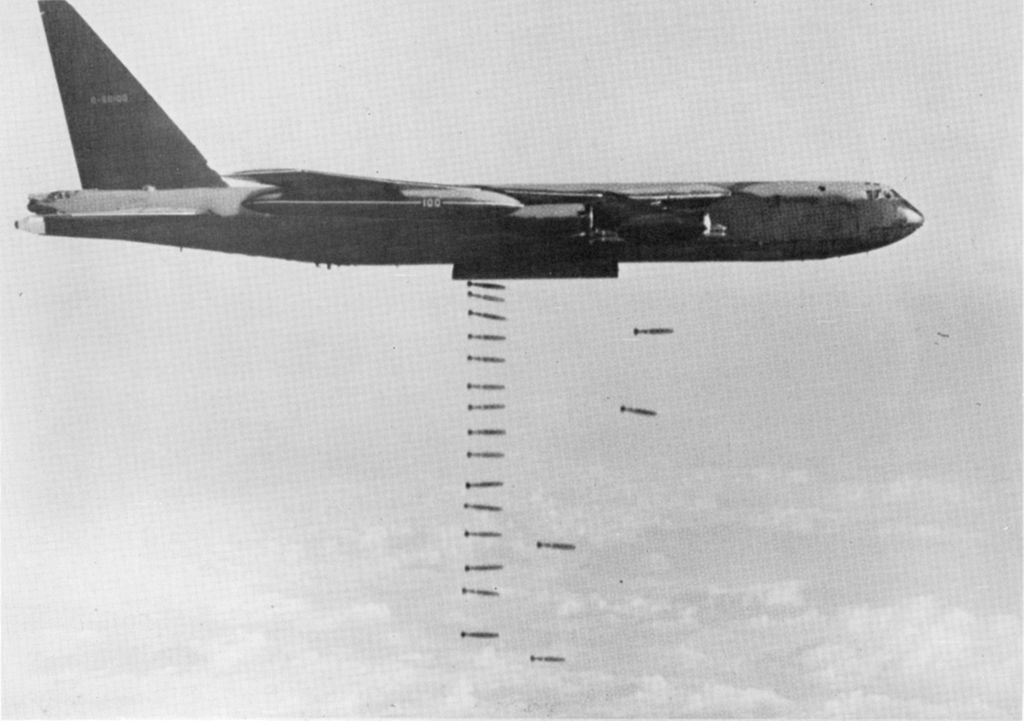 When the first B-52 Stratofortress bomber to crash went down in 1956, it took with it one of the United States’ greatest pilots and a stunning fighter ace from World War II. Patrick Fleming was the fighter pilot Japanese fighter pilots have nightmares about and the kind of test pilot Air Force people read about in for their promotion tests.

Fleming was one of the handful of aviators who would serve his country in wartime, change branches, and become one of the guys with “The Right Stuff.” He went from being a wartime naval aviator to an Air Force test pilot during the Cold War.

When the Japanese Navy attacked Pearl Harbor in December 1941, Patrick Fleming was aboard the USS Cincinnati in the British West Indies, monitoring the French Navy (who had just capitulated to Nazi Germany) and searching for Nazi blackade runners. After that tour, he went to flight school in Pensacola, Florida.

By 1944, he was aboard the USS Ticonderoga in the Pacific Ocean, a full-fledged naval aviator, ready to take the fight to Japan. His first fight came during the battle to recapture the Philippines and his first kill was a Japanese Zero over Luzon. It was the only single kill he scored during his time in combat.

Flying the Grumman F6F Hellcat, he and his squadron attacked enemy shipping moving in and around the Philippines. His next combat mission intercepted a group of bombers headed for an American task force. Fleming scored two kills, this time it was twin-engine Yokosuka P1Y “Frances” bombers.

A few days later, in December 1944, Fleming and two divisions of Hellcats were conducting fighter sweeps over Luzon when they encountered 20 Japanese fighters, Zeros and Nakajima Ki-13 Oscars. As the group surprised and shot down half of the enemy planes, Flaming was able to claim two more for himself, making him a fighter ace.

In that same sortie, the Americans were surprised when Japanese reinforcements appeared. Outnumbered and now surprised themselves, the Hellcats put up a fight. Fleming scored two of the nine kills from enemy reinforcements and the naval aviators returned to their carriers without a single bullet hole in their planes.

In January 1945, again over Luzon, Fleming and his squadron of ten came upon four enemy fighters who split up when they saw the Americans. They took down the enemy, with Fleming downing one. The fighters continued on their mission of bombing Japanese aerial defenses but were once more surprised by incoming enemy planes. Fleming scored two more, bringing his total for the day to three.

With a total of ten kills, Fleming joined his squadron with making attack runs on Tokyo itself. On February 15, 1945, the squadron began its aerial assault. Over the course of two days, Ticonderoga’s fighters took down 65 Japanese aircraft, with Fleming getting nine more kills. The final attack brought his wartime total to 19 in just six missions. When the end of the war came, the Navy was set to make Fleming a test pilot, sending him to Patuxent River Naval Air Station to begin training, but Fleming had other ideas.

He resigned from the Navy and joined the Army Air Forces. He still became a test pilot, but he was sent to Wright Field in Ohio for training. He was soon testing the United States’ first jet fighter planes, the P-80 Shooting Star and the F-84 Thundercat, he broke the sound barrier in the same X-1 that Chuck Yeager first used to accomplish the same feat, and was testing long-distance flying in Strategic Air Command bombers.

Fleming was the first SAC pilot to fly the new B-52 Stratofortress. Tragically he would lose his life in one in another first, the first crash of a B-52. He bailed out of the plane but his parachute didn’t function properly.