Pearl Harbor: The day that will live in infamy - We Are The Mighty

Pearl Harbor: The day that will live in infamy 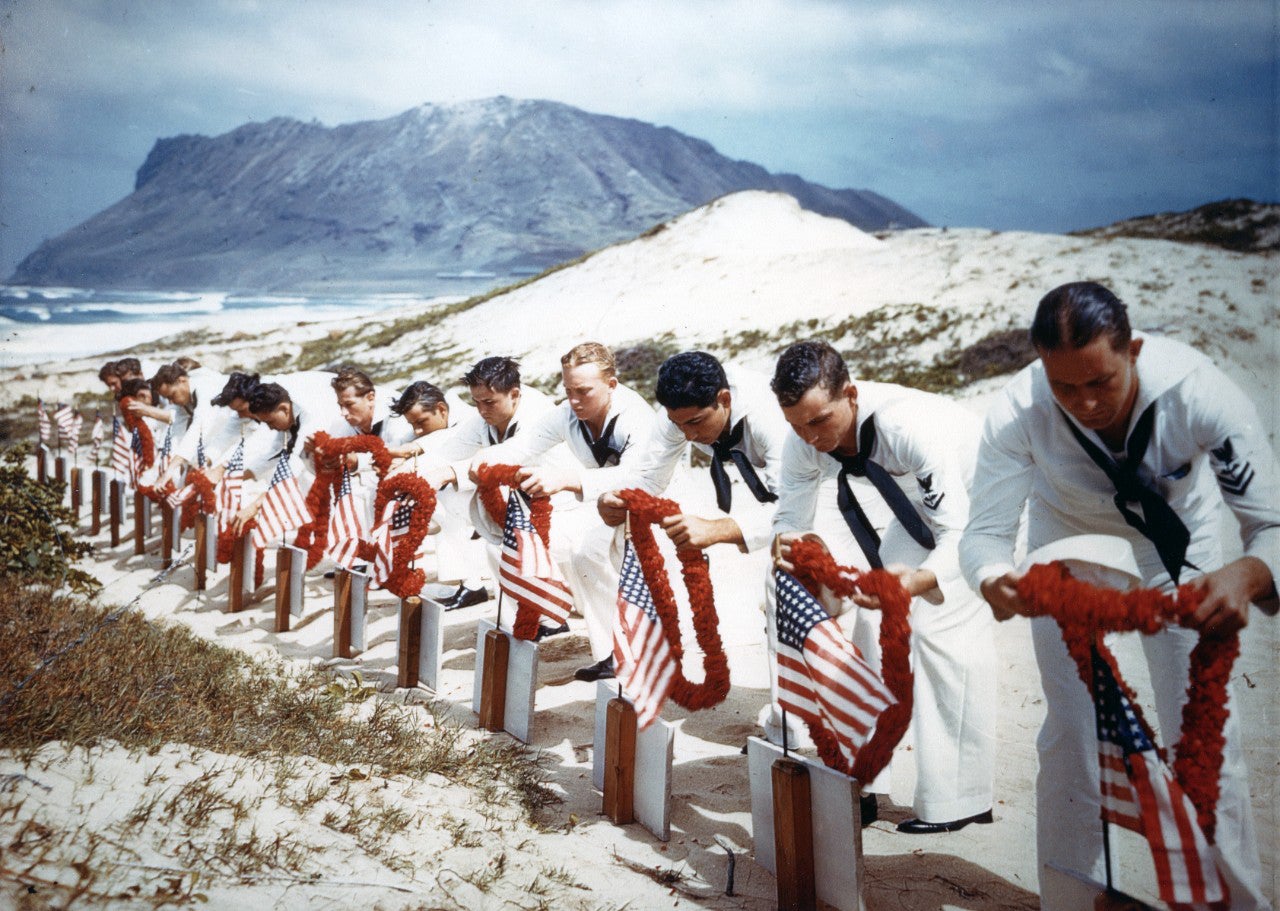 December 7th, 1941, was a day that will live on in infamy. The United States had remained uninvolved in World War II up to this point, but that all changed when Japan conducted a surprise attack on the American naval base at Pearl Harbor, Hawaii.

Here are some reflections on that fateful day at Pearl Harbor

At 7:55 on Sunday morning, Japanese fighter planes descended. The attack was meticulously planned. American forces didn’t see it coming. According to the National WWII museum, the Japanese strike force consisted of 353 aircraft launched from four heavy carriers. These included 40 torpedo planes, 103 level bombers, 131 dive-bombers, and 79 fighters. The attack also consisted of two heavy cruisers, 35 submarines, two light cruisers, nine oilers, two battleships, and 11 destroyers. The attack killed 2,403 U.S. personnel, including 68 civilians, and destroyed or damaged 19 U.S. Navy ships, including 8 battleships. The three aircraft carriers of the U.S. Pacific Fleet were out to sea on maneuvers. The Japanese were unable to locate them and were forced to return home with the U.S. carrier fleet intact.

This was more than just a military defeat—it was a significant blow to American morale as well. In the days and weeks following the attack, anti-Japanese sentiment ran high. The War Department forced thousands of Japanese Americans into internment camps in case they were spies or saboteurs. And, of course, the United States formally entered World War II after Congress declared war on Japan on December 8th.

Decades later, the battle is still one of the most devastating attacks in American history. In Hawaiian waters, you can find the USS Arizona Memorial, which commemorates the lives lost on that fateful day. And each year on December 7th, we reflect on the events of Pearl Harbor and honor those who lost their lives protecting our country.

It was a watershed moment in American history as more than 2,000 Americans lost their lives in the Japanese attack. This served as a catalyst for the United States’ involvement in World War II. Today, we honor those who died and remember their sacrifice.

The U.S. flag is at half staff all day on December 7. This tradition honors all those who lost their lives. Flags fly at this position in both public and private spaces.

Memorial services are held every year at Pearl Harbor itself as well as at other locations around the country. These events typically involve a moment of silence, speeches from dignitaries, patriotic songs, and the laying of wreaths. They provide a space for those who lost loved ones to come together and remember their sacrifice while also giving the general public a chance to reflect on this significant moment in history. Here are 7 Pearl Harbor heroes you might not know.

Since the attack occurred during a time when most Americans were living in isolation from the rest of the world, it’s understandable that many people today know very little about it. To help remedy this, educational initiative help educate Americans—particularly young people—about what happened and why it’s important to remember it. These initiatives take many forms, including classroom lessons, special museum exhibits, and documentary films.

Pearl Harbor Day is a somber occasion America pauses to remember each year. Though it’s been decades since the Japanese attack thrust America into World War II, this date remains an important part of our nation’s history—and one that we must never forget. By lowering flags to half-staff, holding memorial services, and undertaking educational initiatives, we can ensure that those who lost their lives on that fateful morning will never be forgotten.

There are several memorials where loved ones can observe this solemn day. The Pearl Harbor National Memorial is on the island of Oahu, Hawaii. It’s part of the National Park System. Relics of the fateful day are also scattered all about Oahu. In addition, the island offers Pearl Harbor tours of both the island and the USS Arizona. Here’s what happened to the 9 battleships stationed at Pearl Harbor.