That time the British torched the White House 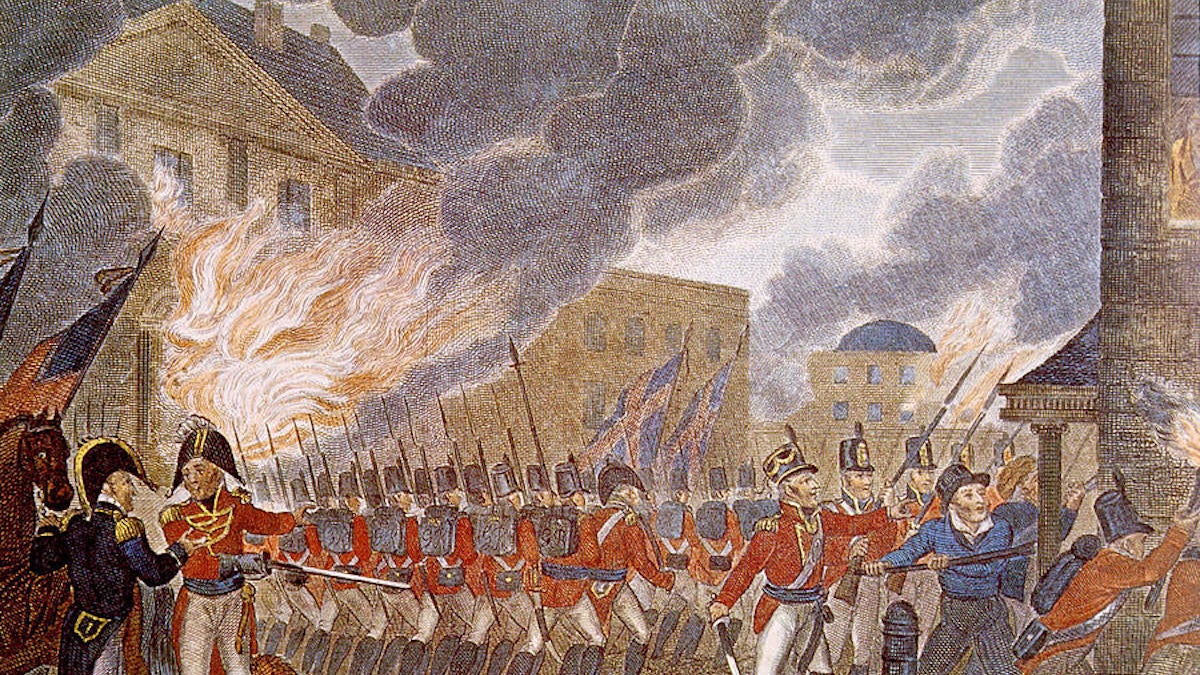 In fact, British troops just walked up to the house and set it on fire on a fateful day in August 1814. The Burning of Washington was a retaliation attack for the American burning of Toronto and much of America’s capital was set on fire. Little remained of the original city, including the original White House.

Causes and Reasons for the War of 1812

The year was 1814. The United States was engaged in the War of 1812 against the British Empire. We’d been fighting them and their allies for two long years. Battles were rough and fierce, and it seemed like the war would never end. Then some British troops decided to burn down the White House – which had serious consequences.

There were lots of reasons for the war, but there were two big reasons. First, there were really strict regulations on American trade and secondly, the UK was falsely imprisoning American seamen. Plus, the Brits weren’t exactly happy about the fact that America was pushing its boundaries and trying to expand in all directions.

The War of 1812 had serious impacts on all things in America. And since the country was still so fresh and new, it also had lasting consequences. Along with significant defeats by the British, Canadian, and indigenous armies, the War of 1812 brought about one of the most monumental moments of American history – the burning of the White House.

America is all about rebuilding

Even though the White House almost completely burned to the ground, America wasn’t going to give up that easily. Or that quickly. Only the south wall remained standing after the fire, but that didn’t deter those early Americans, because that’s what our country is all about – facing adversaries and coming out stronger. Of course, that was a little easier said than done.

Of course, it wasn’t just the loss of the White House that was devastating. Adding insult to injury, the British soldiers completely ransacked the place before they set it on fire. Of everything they took, only two items have been recovered to this day. A portrait of George Washington has been returned along with a jewelry box that apparently belonged to America’s first president. (No one knows if that’s true or not, but it makes a fun bit of American lore.)

Reconstruction on the White House took until 1817. During that time, President James Madison lived in the Octagon House and a residence called the Seven Buildings. The south portico was built in 1824, and the north portico was added in 1830.

Today’s White House might not be the original structure, but it still stands for the same things – democracy, freedom, and America.