7 improvised weapons that will ruin your day 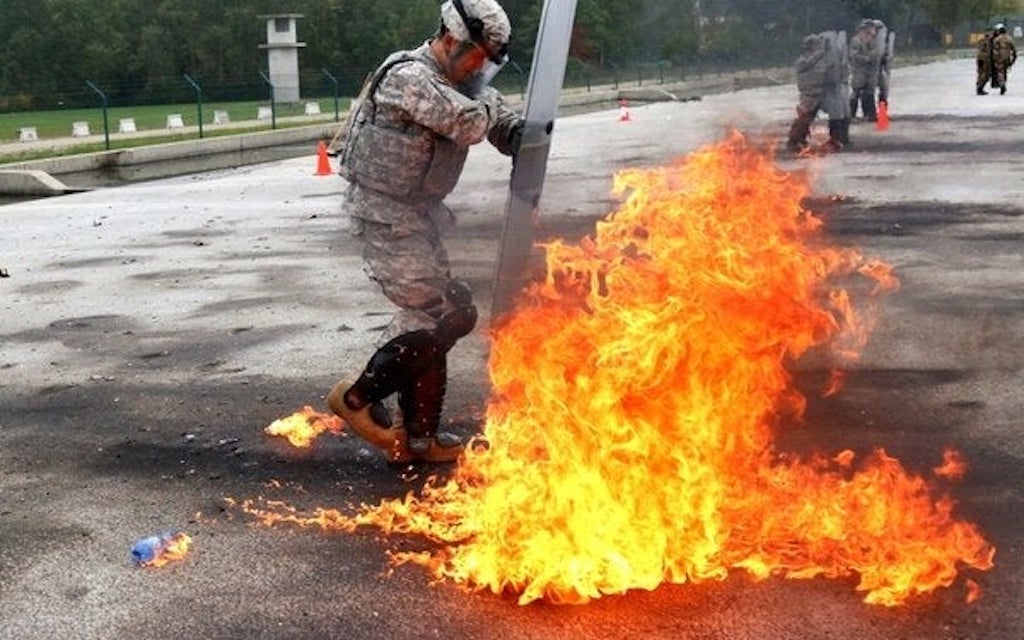 Sometimes you have a few enemies who absolutely, positively need to go away, and you’re just all out of trusty 5.56x45mm NATO standard with which to work.

A few fighting forces in history have found themselves in the exact same situation and decided to do something about it. They made their own weapons out of everything from leftover liquor bottles to water pipes. Here are seven of their greatest hits.

One of the most famous improvised weapons of all time, the Molotov cocktail is simple and easy to create. During the Spanish Civil War from 1936 to 1939, fighters resisting the Soviet-backed army began wrapping glass bottles and jars in fabric, filling them with flammable liquids, setting the fabric on fire and throwing them.

The weapon got its name in the Winter War of 1939 when Finnish fighters used it against the Soviets and gave the weapon its famous name.

In World War II, the Polish resistance found itself underequipped and facing the full might of the Nazi war machine. With limited supplies coming from the Allies, they decided to create their own weapons including submachine guns named the Błyskawica crafted from water pipes and other household materials.

The weapons were simple and had limited range and accuracy, but they worked. Recently, homemade submachine guns have become popular in the West Bank.

There’s little chance anyone reading this doesn’t know what an IED is, but Afghan and Iraqi insurgents weren’t the first to create improvised explosives and bury them.

A long-running war in Colombia that may finally be coming to end resulted in an unknown number of homemade mines being buried across the country. They still injure and kill thousands per year.

Speaking of homemade mines, fougasses were mines originally created by the British Army to melt tanks if the Germans invaded across the channel. Basically, an explosive charge sends a ton of burning fuel and oil onto a target.

Britain never used the weapons, but the Russians did in World War II and America did in Korea.

A weapon of choice for the Assad Regime in Syria, barrel bombs are exactly what they sound like. A barrel is stuffed with explosives and oftentimes wrapped in metal before being dropped from a helicopter. When they detonate, the metal turns into a spread of shrapnel with deadly results.

The rebels in Syria have their own answers to their enemy’s barrel bombs, and one of the most frightening is the hell cannon. Improvised barrels fire fin-stabilized propane tanks over a kilometer before a fuse detonates a blast large enough to destroy floors of a building.

Larger versions use oxygen cylinders or even residential water heaters for ammunition and can destroy multiple buildings.

Another amazing weapon from the Polish resistance in World War II, the K Pattern Flamethrower was basically a compressed air tank, fuel tank, hose, and pipe with a flaming rag on the end.

But they worked, well. They could fire for up to 30 seconds, usually in one-second bursts. Operators cleared houses with them and sometimes even killed large tanks like the Tiger with them.