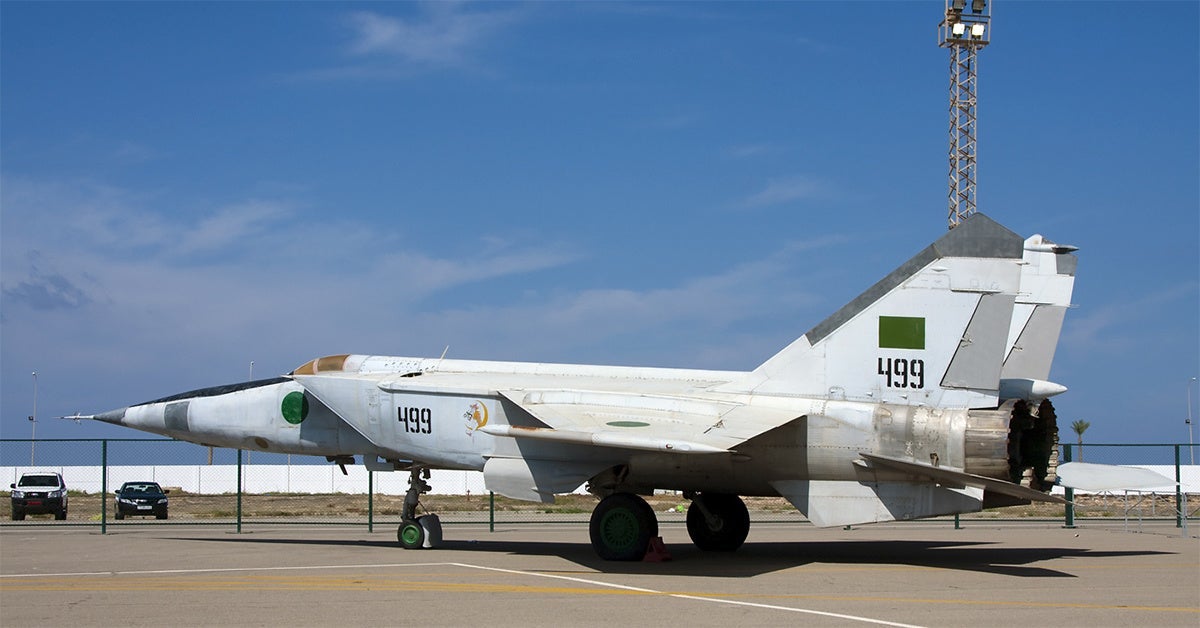 In 1986, a pair of aviation movies took America by storm. Both Doug Masters in Iron Eagle and Pete “Maverick” Mitchell in Top Gun took to the skies and dominated America’s enemies (we all know who the better pilot was). But in the five months between those two blockbuster releases, U.S. Navy pilots did some butt-kicking for real in the Mediterranean Sea. The butt-kickee? Libya, who endured several days of naval battles that were originally intended to just be some exercises.

Those exercises were planned in response to constant Libyan claims over the Gulf of Sidra. In 1981, the newly-elected President Ronald Reagan ordered the United States Navy to carry out some “freedom of navigation” exercises in the area. Just days into the exercise, two Libyan Su-22 Fitters attacked a pair of F-14 Tomcats. The Fitters were quickly were shot down, shutting down Libyan aggression for a while.

But similar exercises in March 1986, involving three carriers, their air wings, and over a dozen other vessels, would evolve into an epic brawl that made the 1981 incident look very tame by comparison.

According to the Air Combat Intelligence Group, the Libyans tried to approach the American carriers (USS Coral Sea (CV 43), USS Saratoga (CV 60), and USS America (CV 66)) that were on the scene during the exercises. Each attempt was turned back by American F-14 Tomcats and F/A-18 Hornets.

On March 24, things got serious. Libyan MiG-25 Foxbats once again tried to approach the American carriers. F-14 Tomcats went toe-to-toe with the Russian-built fighters and wound up in a non-lethal dogfight. After the Foxbats were chased away, Libyan commanders ordered SA-5 Gammon batteries to open fire. The F-14s dodged the missiles — with help from an EA-6B Prowler.

A pair of A-6 Intruders located and attacked a Libyan Combatante II-class missile boat. The first one fired a Harpoon, damaging the vessel, making it an easy target for Rockeye cluster bombs dropped by the second. Then, A-7s fired off HARMs, destroying a SA-5 site. Two A-6s followed that up by disabling a Nanuchka II-class corvette with a Harpoon missile. That corvette was later towed back to port.

But aircraft weren’t the only ones that got in on the action. The Ticonderoga-class guided-missile cruiser USS Yorktown (CG 48) fired two Harpoon missiles that disabled yet another Combatante II. The Libyans continued to fire SA-5 and SA-2 Guideline surface-to-air missiles at the American planes. A-6 Intruders responded to those attacks by sinking a Nanuchka II-class corvette.

When all was said and done, 35 Libyan personnel were killed during the fighting. The United States Navy, conversely, suffered no losses.