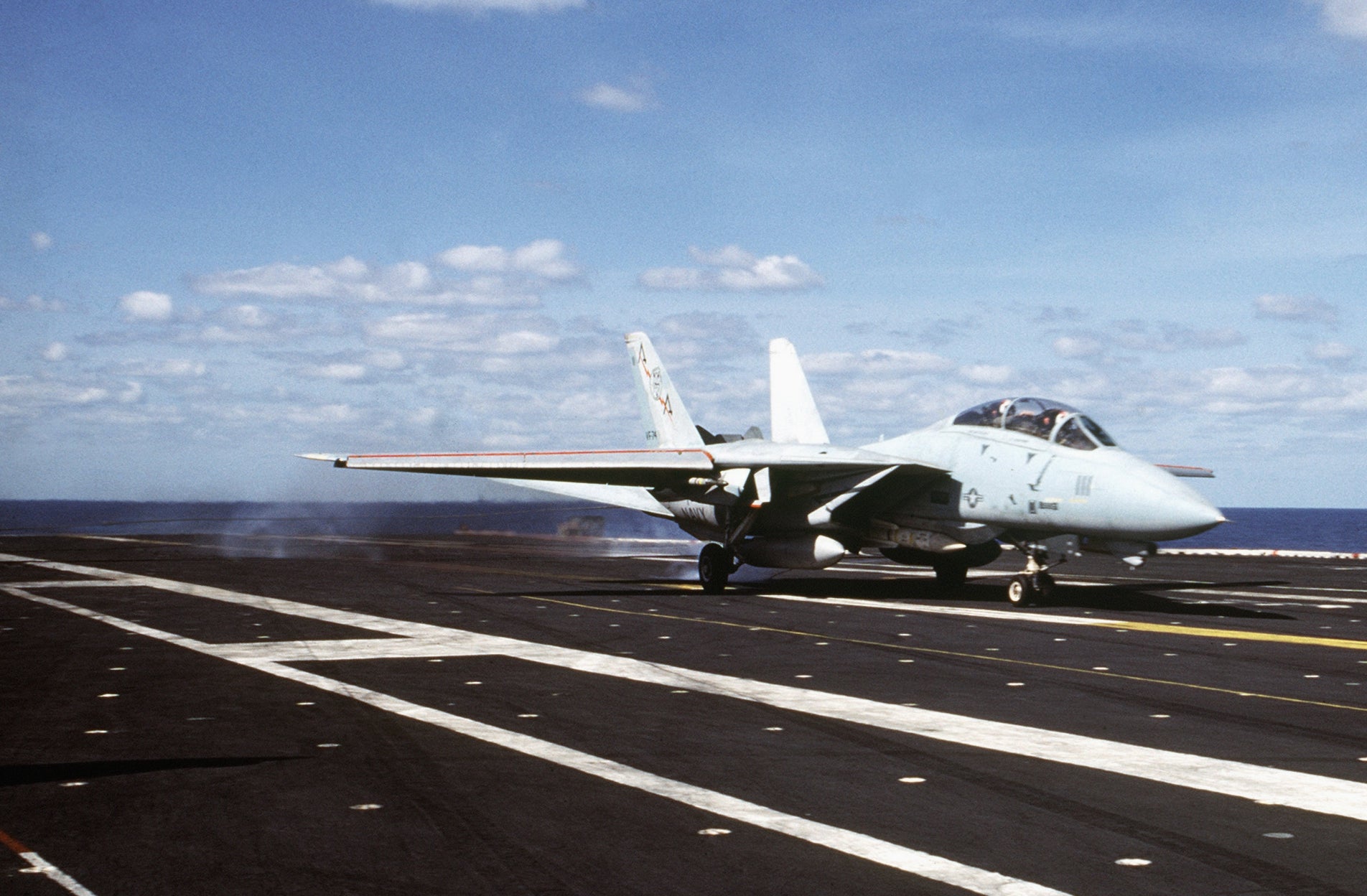 Exercise “Display Determination 87” was supposed to be a routine NATO exercise, pitting U.S. Air Force Phantoms out of Zweibrucken Air Base in West Germany against F-14 Tomcats from the USS Saratoga in the Mediterranean Sea. All the Phantoms had to do was find the Saratoga and engage in an exercise attack, if the Tomcats didn’t find them first.

The Tomcats only had to fly close enough to the Air Force planes to read their hull numbers. One pilot would do much more than that. In an act the Navy would call “deliberate” and “illogical,” Lt. Timothy Dorsey would engage his Air Force counterparts with a real-world sidewinder missile.

When the Tomcats catapulted off the Saratoga’s flight deck, they were immediately alerted to a radar contact, an Illinois Air National Guard KC-135 tanker that was refueling a lone RF-4C Phantom. The Tomcats moved in to check it out.

Dorsey moved in but was not able to move in close enough to read the Phantom’s hull number. The airmen, 1st Lt. Michael Sprouse as Weapons Systems Officer and pilot Capt. Michael Ross, finished their refueling and went looking for their target. They found it 22 miles out to sea.

As the Phantom approached, Ross began his simulated attack run. Dorsey, in his F-14, requested instructions from the ship. Saratoga gave the exercise’s command to engage, “’Red and free on your contact.”

Dorsey, seemingly confused, asked his Radar Intercept Officer if the Saratoga really wanted him to shoot at the RF-4C. The RIO responded with an affirmative, not realizing Dorsey was asking if he should really shoot down the Air Force plane. Dorsey tried to fire his first sidewinder, but it failed. His second one went off without a hitch.

The sound of a missile firing alerted the RIO to what was actually happening. Dorsey had shot down the Phantom.

Aboard the USAF plane, fire lights were flashing and the plane began to shake itself apart. Ross and Sprouse ejected just before the fireball engulfed the aircraft. They ejected into 500-knot winds and though they were rescued and taken aboard the Saratoga, over the years, Ross’ spine began to degenerate.

After a series of surgeries and screws in his back, Col. Ross was forced to retire in 1997. A promising officer on course to be a general was, by 2012, barely able to walk and living on disability and his retirement money.

Dorsey, the naval aviator who shot down Ross and Sprouse was disciplined and was stripped of his flying status. He never flew for the Navy again, but was never forced to resign. He remained in the Navy as an intelligence officer and then went into the Naval Reserve. In 2012, his name was sent to the Pentagon for a possible promotion to rear admiral – a move that required confirmation by the Senate.

When Ross learned that Dorsey had advanced so far while the error Dorsey made cut Ross’ own career so short, he was understandably upset.

The Navy determined that Dorsey’s actions were “not the result of an accident, but the consequence of a deliberate act. His subsequent reaction [to the radio command] demonstrated an absolute disregard of the known facts and circumstances.”

“He failed to utilize the decision-making process taught in replacement training and reacted in a purely mechanical manner. The performance of Lieutenant Timothy W. Dorsey on September 22, 1987, raises substantial doubt as to his capacity for good, sound judgment.”

The Senate never responded to the nomination, effectively ending any chance of promotion for Dorsey.