The bittersweet story of the Christmas Truce of 1914 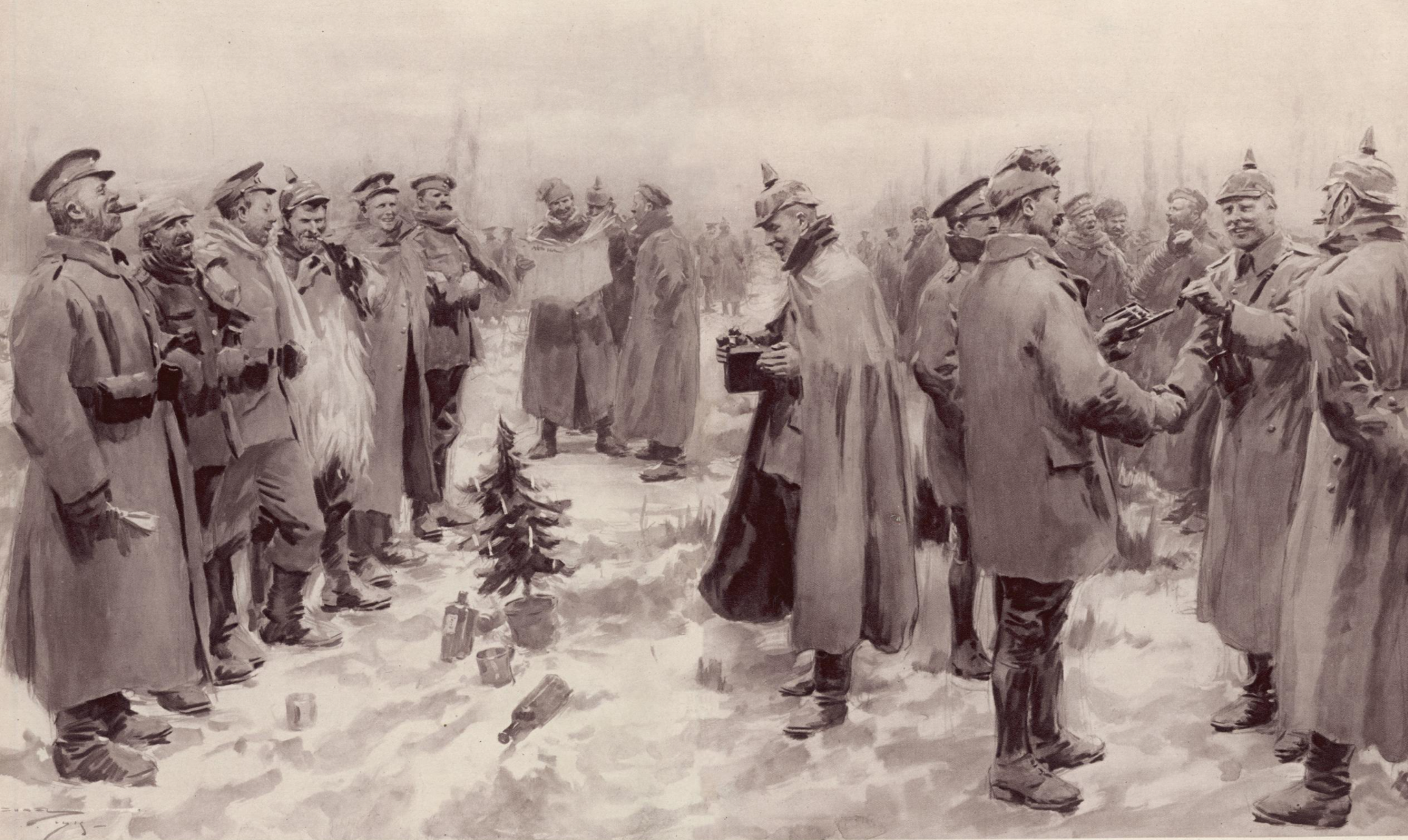 War stems from division. It happens when there are problems we just can’t seem to solve. War is seldom beautiful, but every now and then, a little light shines through. The Christmas Truce of 1914 was one of those rare moments.

It all started with one of the ugliest wars in history.

World War I began on July 28th, 1914, after the assassination of Archduke Franz Ferdinand of Austria. It quickly escalated, pinning the Ottoman Empire, Germany, Austria-Hungary and Bulgaria, known collectively as the Central Powers, against the United States, Great Britain, France, Russia, Italy, Romania and Japan, known as the Allied Powers. The two sides proceeded to engage in over three years of brutal trench warfare. The experience was hellish, with mass casualties on both sides. In total, over 16 million people lost their lives.

In the midst of utter carnage, the opposing side often seemed evil. Yet, it wasn’t. It was war itself that was inhuman, not the men across the trenches. On Christmas Eve, 1914, soldiers on both sides did the unthinkable; they laid down their arms and sang.

The renowned Christmas Truce that followed was unauthorized.

In the earliest weeks of the war, forces on both sides were aggressive and angry. By December, they had seen enough death and destruction for a lifetime. They had initially believed the war would be over by Christmas and many of them longed for an end to the fighting. While Pope Benedict XV called for a temporary ceasefire for the holiday, none of the countries involved settled on any official agreement, so the exhausted soldiers took matters into their own hands.

As Christmas approached, a sudden cold snap turned weeks of wet weather into an eerily beautiful winter landscape. On Christmas Eve at around 8:30 pm, the truce began. German soldiers began lighting their trenches and singing carols. Small Christmas trees dotted the trenches. Initially, the British were suspicious. One officer reported to headquarters that, “Compliments are being exchanged but am nevertheless taking all military precautions.”

Between the trenches, the war-battered no man’s land transformed.

Cautious at first, scouts ventured out of the trenches and over the barbed wire that divided the two sides. There, they imparted a message: If you don’t fire at us, we won’t fire at you. Let us have peace, if just for a night. Spontaneous truces sprang up along the trench lines without anyone really knowing how they began. In addition to sharing songs and well-wishes, impromptu games ignited. The Germans claim to have won a soccer match against the British 3-2. Meals, drinks, and laughter were shared until dawn.

The truce was imperfect, but miraculous nevertheless.

Unsurprisingly, many officers were against any type of truce. Fraternizing with the enemy was frowned upon, and measures were taken to prevent it from ever happening again. It’s unclear how widespread the truce really was, but some evidence suggests the truce extended across much of the British-held trench line that extended across Belgium, but other reports suggest that the truce took place in sections, scattering pockets of peace and brotherhood throughout thickets of gunfire.

If anything, that makes the night’s events even more striking. The soldiers who chose to shake hands with their enemies must have been afraid, but they chose to do it all the same. The next day, the war continued with just as much hostility and destruction as it had before, but the opposing forces had been humanized. A grain of respect had settled in. The surprising events that took place on December 24th, 1914 along those dark and bloodied trenches didn’t bring any lasting resolution, but to those who were there, the truce brought the greatest Christmas gift of all: Hope.

The video below is just a reenactment (and an advertisement at that), but it’s a pretty moving reminder that Christmas spirit lives on, even in the darkest of places.