Today in military history: The WWI Christmas truce - We Are The Mighty 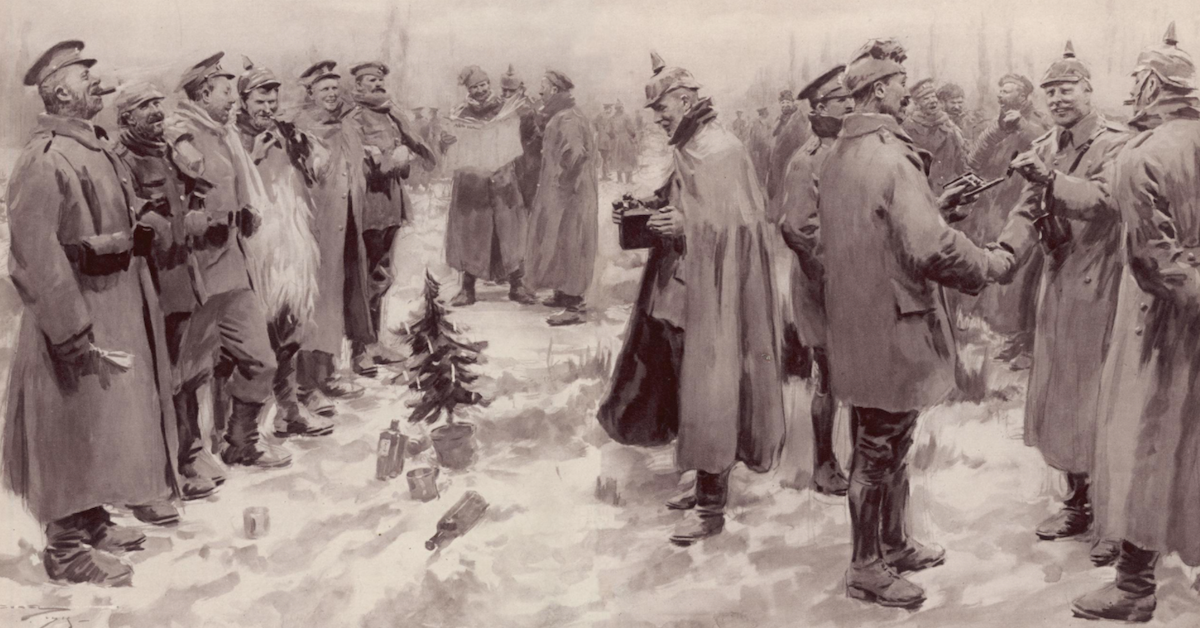 On Dec. 25, 1914, German troops engaged in World War I laid down their weapons and began to sing Christmas carols.

World War I began on July 28th, 1914, after the assassination of Archduke Franz Ferdinand of Austria. It quickly escalated, pinning the Ottoman Empire, Germany, Austria-Hungary and Bulgaria, known collectively as the Central Powers, against the United States, Great Britain, France, Russia, Italy, Romania and Japan, known as the Allied Powers. The two sides proceeded to engage in over three years of brutal trench warfare. The experience was hellish, with mass casualties on both sides. In total, over 16 million people lost their lives.

In the midst of utter carnage, the opposing side often seemed evil. Yet, it wasn’t. It was war itself that was inhuman, not the men across the trenches. On Christmas Eve, 1914, soldiers on both sides did the unthinkable; they laid down their arms and sang.

Just after midnight on Christmas morning, German soldiers crossed No Man’s Land towards their enemies and began to call out “Merry Christmas!” Suspicious at first, the Allies were hesitant, but seeing no weapons, they, too, emerged from their trenches to greet the unarmed bringers of good tidings and cheer.

The soldiers shook hands and exchanged small gifts of food, alcohol, and even souvenirs like buttons and hats. Artillery fire fell silent as the men sang Christmas carols and arranged to collect their dead.

In some areas, the truce lasted through Christmas night, and in others it lasted until New Year’s Day.

It was a brief moment of reprieve in a war that had only just begun, but it also remains one of the last examples of the notion of chivalry between enemies and an enduring example of the magic of Christmas.