5 historical events that happened on Christmas - We Are The Mighty

5 historical events that happened on Christmas 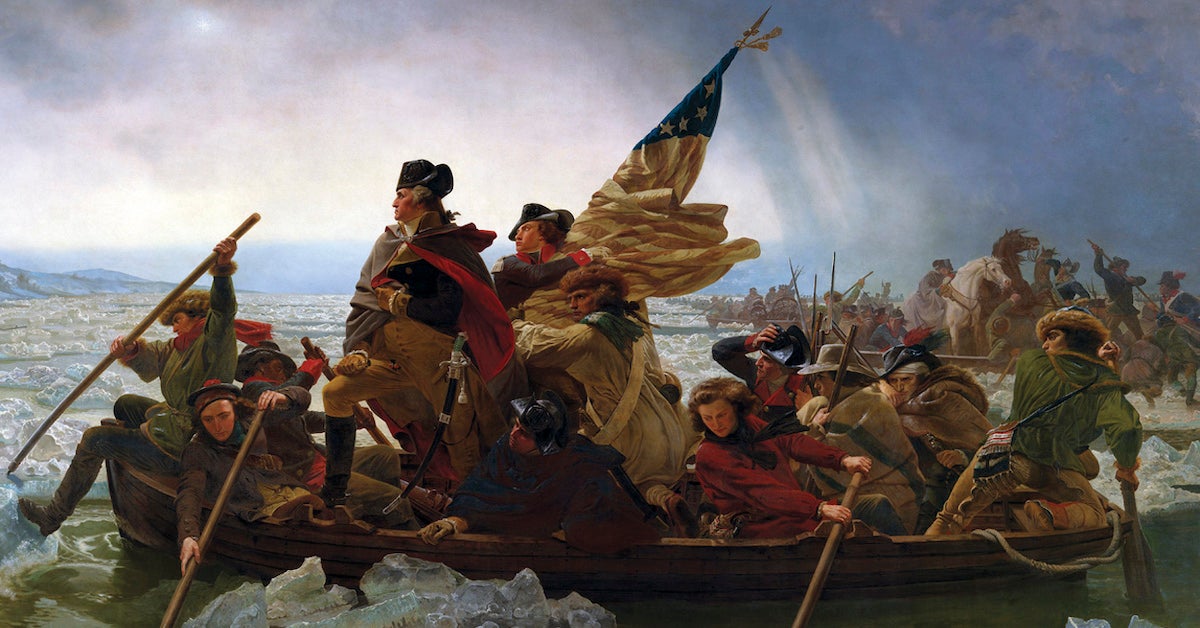 Who’s ready for some holiday cheer? Christmas has been a federal holiday since 1870, so we’re pretty accustomed to having a couple of days off to spend with family and drink too much eggnog. Christmas wasn’t always such a big party, however. Throughout most of human history, important political figures didn’t let a pesky holiday get in the way of their plans.

Let’s check out a few of the most significant historical events that happened on December 25th.

1066: William the Conqueror was crowned king.

Ever heard of William, Duke of Normandy? What about his more ominous nickname- William the Conqueror? The man was a pretty big deal. In October of 1066, he invaded the British Isles and conquered King Harold II at the legendary Battle of Hastings. After his victory, he wasn’t going to keep his boring old title. What better day to get a new one than Christmas?

On Christmas Day at Westminster Abbey, William was crowned king of England. This was the beginning of a highly influential 21-year long rule. True to his French roots, the Norman king infused his own culture and language with those of the English people he governed. In doing so, he changed the development of the English language. He also offered generous land grants to his French allies, which was partially responsible for the birth of the feudal system that continued throughout most of the Middle Ages.

George Washington wasn’t our first president for no reason. During the American Revolution, he wasn’t about to take a cocoa break on Christmas. No way. At 6 pm, Washington pushed his exhausted, borderline hopeless troops across the Delaware River in Pennsylvania at McConkey’s Ferry. For those who have only seen the Delaware as a blue line on a US map, that might not sound like such a remarkable feat. In reality, the crossing was treacherous and daring to the extreme.

When Washington first arrived at the riverside, he was short on supplies and at least 1,700 of his soldiers were too ill or injured to fight. Even more of his men were needed to stay back to guard them. That left 2,400 to prepare a variety of boats and ferries for the crossing. The river was over 30 feet deep in some areas and freezing cold. The boats were loaded with cannons and artillery, and the crossing began. Over the course of several hours, the men made picked their way across, dodging floating ice through the night.

Their eventual success marked a turning point in the Revolutionary War. After the crossing, Washington led a series of attacks while the opposing forces were still off their game from nights of holiday merrymaking. His risky move resulted in victories in Trenton and Princeton shortly after the new year, restoring hope to the weathered Continental Army.

After the Revolutionary War was won, America was far from finished arguing with the British. Great Britain continued trying to restrict U.S. trade and expand its own territory, and Americans weren’t having it. They took on the naval superpower in a conflict that would last nearly three years. The fighting was destructive and costly, reaching a peak when the British burned down the White House.

It wasn’t sustainable for either party, so they met in Ghent, Belgium to negotiate a peace agreement. After four months of arguing, a settlement was finally agreed upon. The treaty basically called the war a truce, and all prisoners and captured ships were returned to their home nations. The Treaty didn’t go into effect until February of 1815, so the war didn’t instantly cease. The Battle of New Orleans actually took place in January after it was signed on Christmas. Still, the Treaty of Ghent was effectively responsible for ending the war.

The Civil War isn’t exactly America’s most shining moment, but after it was over, unifying the country was necessary to restore stability. Lincoln’s vice president and successor, Andrew Johnson, did this by doling out a truly massive Christmas gift: With Proclamation 179, he offered amnesty to every single person who fought against the US throughout the Civil War.

The proclamation was actually the fourth order of its kind, with earlier agreements reestablishing legal rights to confederate soldiers if they signed oaths of loyalty to the United States. The Christmas proclamation brought the postwar agreements to a close.

Not all holiday historical events were political. Gazing at the winter moon on Christmas Eve sounds romantic enough, but In 1968, three astronauts spent the night orbiting around it. Originally, the Apollo 8 mission was intended to be no more than a test run for a lunar landing. When progress on the lunar module took longer than anticipated, NASA decided to adjust their mission plan, transforming it into a full-blown moon mission.

The mission was a huge success. Borman, Lovell, and Anders were the first men to escape  Earth’s gravitational pull, see the Earth from space, and orbit the moon, and it all happened on Christmas Eve! From orbit, the astronauts broadcasted a report back to Earth, ending in, “Merry Christmas, and God bless all of you, all of you on the good Earth.” To date, that moment is one of the most-watched in all of television history.