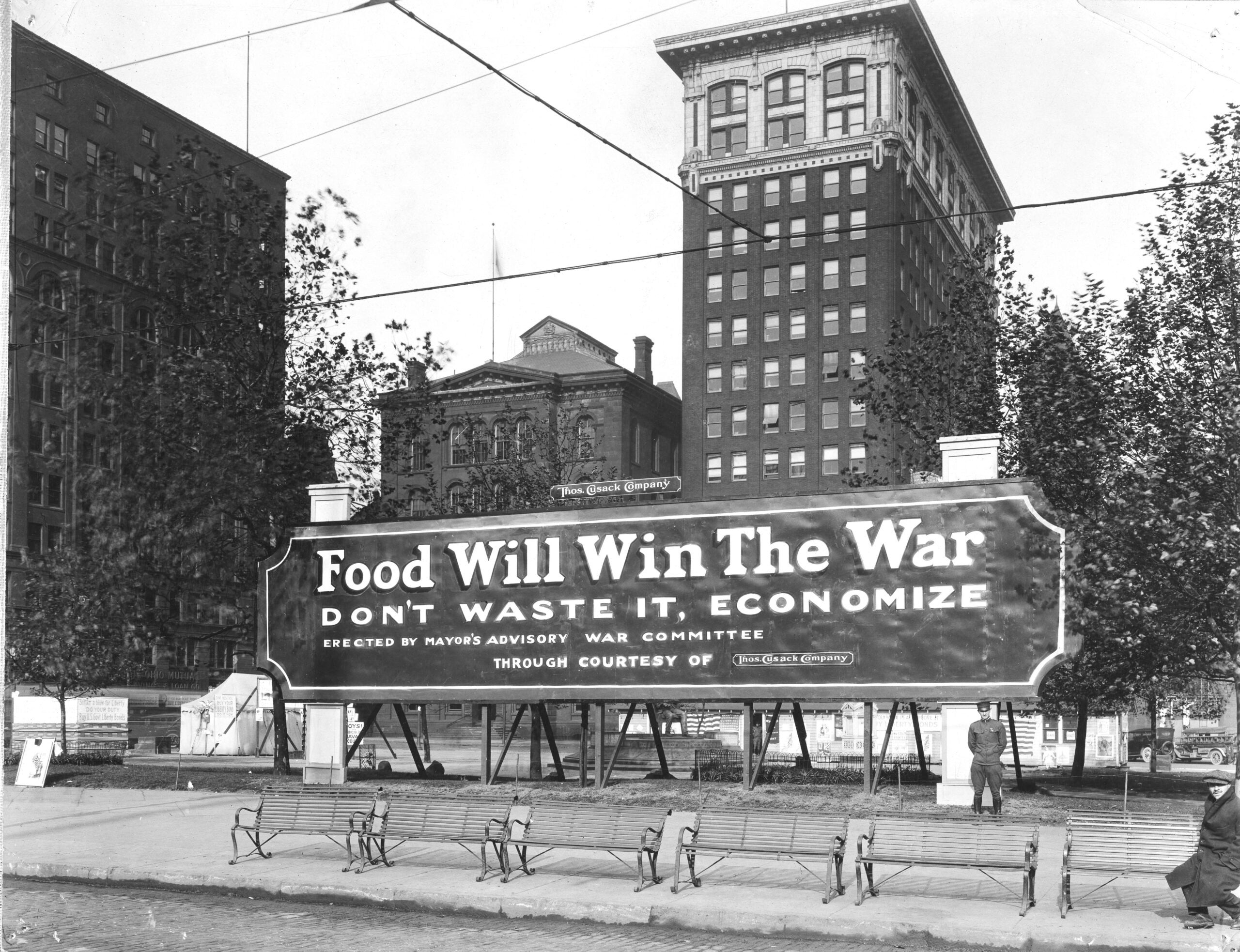 When the United States entered World War I in April 1917, it was the first time since the Civil War that the fight really required everyone, military and civilian alike, to contribute to the war effort. The civilian population on the homefront couldn’t really do much without enlisting or being drafted, but they did mobilize by cutting back on a lot of home staples. The U.S. government implemented a rationing system, but for World War I, the system was voluntary, unlike the forced rationing of World War II. Rationing foods in the home meant some cooks had to get pretty creative with what they ate on a daily basis – and it wasn’t all good. Some of it was downright upsetting.

Here are 6 surprising foods that people ate on the homefront of World War I:

We’re not talking about Frosted Flakes or even Corn Flakes here, we’re talking about cornmeal itself. The U.S. government needed wheat for the front lines and it wanted civilian consumers to cut back on their consumption of the grains. America has long been a corn-powered nation and now the government needed to double down on the staple crop.

Cornmeal with a little water or milk added turns into a porridge-like substance, and could be sweetened with maple syrup. Sometimes people would add a little milk to the bowl for thinner consistency, and sometimes they would fry a thicker version of it in little slices.

Warning: the names of both of these dishes are misleading. They might be from the sea, but they are not beef. Beef was needed for the Doughboys fighting overseas, so food conservation enthusiasts came up with these nicknames for whale meat. Those who could afford it could enjoy dishes like curried whale and Whale Steak a la Vancouver.

Today we still (mostly) enjoy instant pudding, and we have World War I to thank for the rise of powdered food at home. Although we’ve largely given up on things like powdered custard, grocery stores still offer powdered and dried soups and other instant foods. During World War I, everyone could get as much as they want with touching their rations.

Before World War I, the most popular way to cook was with either the fat from the animal you were already cooking, or with lard, rendered fatty tissue from pigs. During the war, however, meat and fat were in high demand for the front, and what civilians did eat wasn’t about to go to waste. Crisco was made as a vegetable based replacement for fat and lard. It’s plant-based, so it has to be good for you, right?

If you’re thinking of some kind of government cheese in a can or tin, think again. This is about using leftovers, specifically cheese. Potted cheese was made by taking the leftover cheese parts of other recipes and then storing them together until you had enough to mix with mustard and margarine. The mixture was then baked and spread over toast.

We’ve all heard of a soup sandwich, but this one flips that idea on its head. Bread wasn’t rationed during the war, but it was made with a lot of different flours, since wheat was generally reserved for the war effort. Barley and other glutinous grains were used. The pieces of those loaves that weren’t used were still put to good use, added to stews and soups to thicken it up and add calories.