The Donner Party really should have taken the Army’s advice 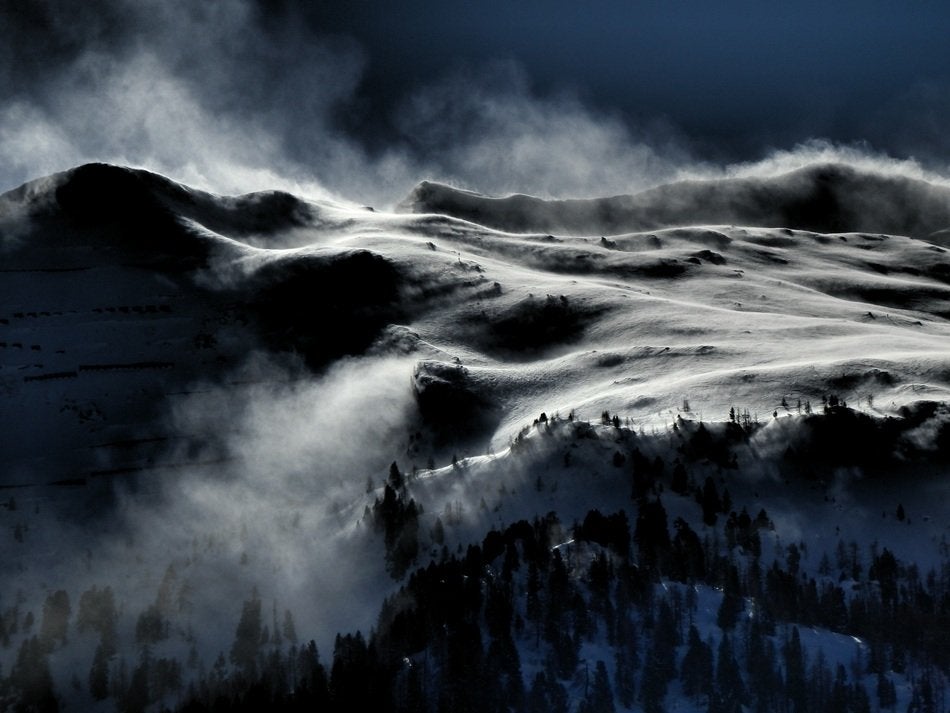 At some point while growing up, every kid is issued a stern warning from their parents to not touch the hot stove when it’s on. Most kids take that advice at face value and never risk it. But then there are the other kids; the ones who repeatedly try to poke at the red hot coils. Eventually, there comes a time where the curious kids get burnt. This is basically what happened to the ill-fated and infamous Donner Party in 1847. History often paints the pioneers as unfortunate travelers, but it also often glosses over the fact that they were issued repeated warnings by the United States Army, who told them to stay away.

Spoiler alert: They didn’t stay away and it didn’t end well for thirty-nine of them — and if they were petty enough, the Army could’ve issued the survivors a “so, what did we learn?“

This information in important to the rest of the story.

Manifest Destiny was in full force during the 1840s and countless pioneers moved out west in search of greener pastures. When Mexico saw the influx of new settlers coming into and setting up shop in disputed territory, their army attacked American troops in March, 1846, along the Rio Grande River, beginning the Mexican-American War.

The Army knew full well that the coming battles could stretch across the West and into places where settlers were building new lives. So, they issued a warning to pioneers, advising them to either wait for the war before venturing into the southwest or to proceed with extreme caution. After all, the soldiers had a war to fight; they couldn’t dote on individual settlers.

Just take a wild guess who they listened to: the grizzled Ranger or the sketchy salesman?

That warning didn’t stop George Donner and James Reed from saddling up the wagons to make their way along the Oregon Trail and find new homes in California. The path was well-traveled and would take them through Wyoming, Idaho, and, eventually, down the California Trail near Ft. Hall, Idaho. This was the prescribed route made by the Army for all travelers. The route was generally pleasant, had several Army posts along the way, was seldom ambushed by Natives, and took about four to six months to traverse.

But they caught wind of a faster route that saved time by cutting through Utah. This information came from a writer/salesman, Lansford Hastings, who’d never actually been on his so-called Hastings Cutoff. This new route cut about 300 miles from the trip. Accounting for an average speed of about 12 miles per day, that would theoretically save them about a month of travel. It was important to make it to California before the winter, because as the Army told them, the winter would be deadly.

On their travels, the party randomly met James Clyman, an old Army Ranger turned mountain man. He strongly advised against this alternate route. Clyman had traveled all across the United States and her territories — he even wrote about Hugh Glass (you know, the guy from The Revenant) because he was there with him. There wasn’t a human being alive more suited to give counsel about these lands. He was very serious about them turning around and taking the established route.

Let this be a lesson for you. If a bunch of people with years of experience tell you something… maybe listen.

You know this story doesn’t have a happy ending, so you know which advice they followed. The shortcut, turns out, was absolutely horrible and added months to their journey. Instead of making it to the Pacific Ocean by early September, they found themselves in Truckee Meadows (near present-day Reno, Nevada) by late October.

One of the party’s scouts, William Bryant, had taken the regular route ahead and made it safely to the Army’s Fort Sutter. He heard about their new route and the soldiers sent a dire warning. The warning implored them stay in Reno for the winter and to not even think about crossing the Sierra Nevada in this weather.

Truckee Meadows was beautiful. It had bountiful food, sturdy trees, flowing water in the winter. In a word, it was perfect! They could have as easily made their new lives there. They could’ve been happy. But wintering in Reno would have made too much sense, so they decided to try and push through the terrible wintry mountains — in spite of all of the warnings.

Now, it’s hard to say if they actually had to resort to cannibalism or not — some survivors suggested they did, others said they didn’t, and historical evidence is inconclusive — but it was still the definition of a sh*tshow. It took the Army months to find them (since they were kind of busy with the aforementioned war) but at least forty-eight people made it out.