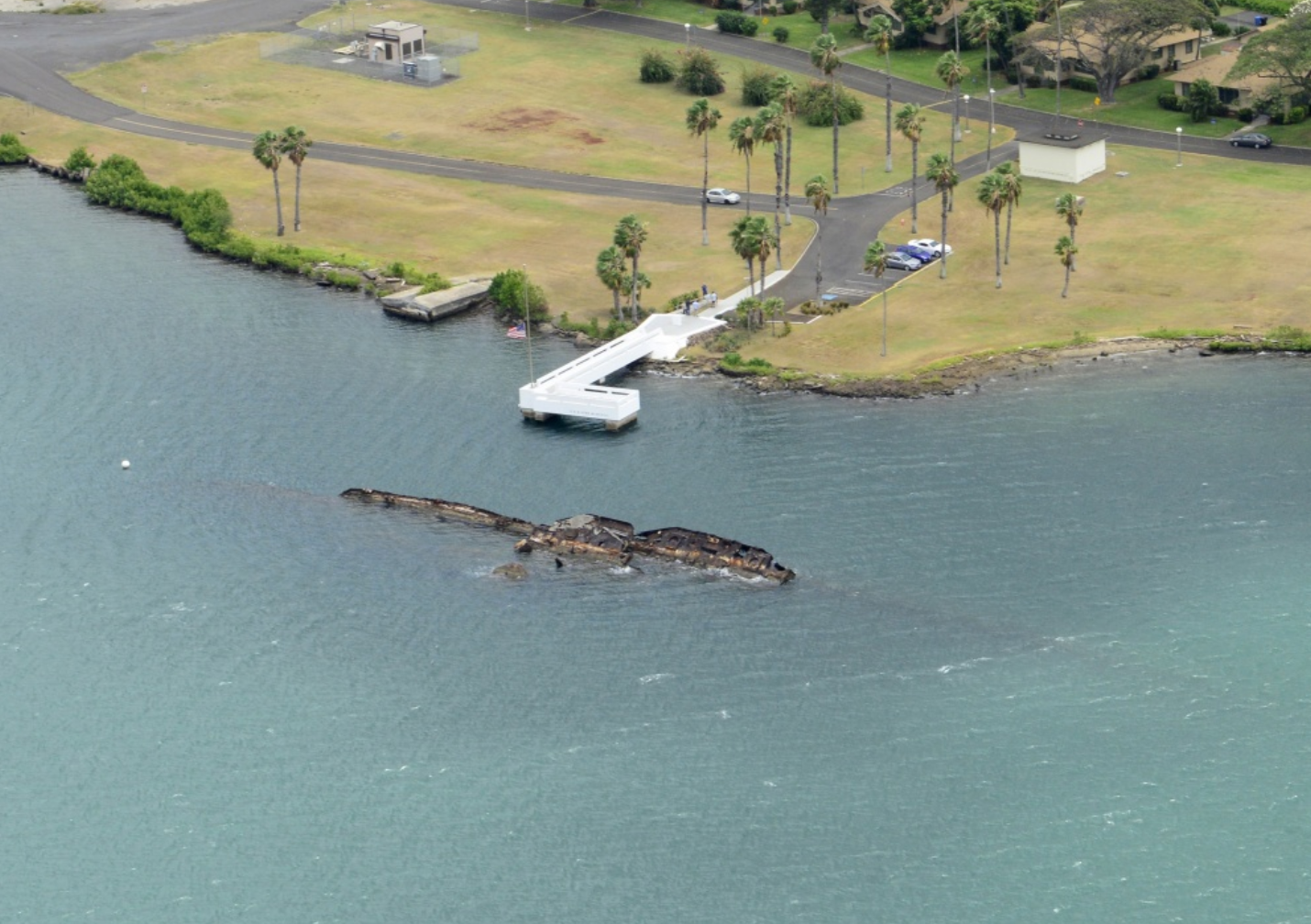 On the morning of December 7, 1941, USS Utah (BB-31) was moored off of Ford Island in Pearl Harbor. Utah was struck by two torpedoes during the infamous attack and quickly took on water. The order to abandon ship was given. Chief Watertender Peter Tomich stayed below decks to ensure as many of his shipmates could escape and keep the pumps going for as long as possible. Tomich would posthumously earn the Medal of Honor for his actions. Utah took only 14 minutes to capsize. Fifty eight men would perish on board the battleship and remain entombed there to this day. These men also stand eternal watch over an unexpected visitor, a two-day old baby girl.

Chief Yeoman Albert Thomas Dewitt Wagner was one of the hundreds of men assigned to the USS Utah at Pearl Harbor during the attack. Four years earlier, on August 29, 1937, Wagner’s wife gave birth to twin girls while they were stationed in the Philippines. Nancy Lynne and Mary Dianne Wagner were born prematurely. Sadly, Nancy Lynne lived only two days. Her body was cremated and brought back to Hawaii when Chief Wagner was assigned to the Utah. Wagner was hoping to give his daughter a proper burial at sea and was waiting for a new chaplain to join the crew to perform it. Unfortunately, the ceremony was not to happen.

Wagner had just finished his breakfast when the Japanese surprise attack started. “Suddenly, the air was bent by a terrific explosion,” Wagner wrote in his journal. “Rushing to a porthole I saw a huge column of black smoke bellowing high into the heavens.” Wagner hurriedly rushed to his battle station on the third deck at the ship’s aft. Suddenly, Utah was rocked by a torpedo explosion that threw Wagner off of his feet. He was forced to abandon ship with his daughter’s ashes still in his locker in the chief’s quarters.

According to the surviving twin sister, Mary Dianne Wagner Kreigh, attempts were made to recover Nancy Lynne’s ashes. “Frogmen did go down about two weeks after the attack and tried to enter the quarters,” she recalled, “but it was too badly smashed to get in.” It was not until 1972 that Nancy Lynne and the 58 sailors about the Utah received a proper monument. The Navy erected a concrete pier and memorial slab and dedicated it to those that remain entombed aboard the Utah. “I don’t think there is a better tribute to my twin sister than to have all of those wonderful and brave men guarding her,” Kreigh said. “I could not have asked for anything better than for her to be tenderly, carefully looked after by America’s finest.” In 1990, Kreigh started a Thanksgiving tradition to visit the USS Utah memorial and place a lei in the water in her sister’s honor.