The first Asian American to command a U.S. battalion - We Are The Mighty

The first Asian American to command a U.S. battalion 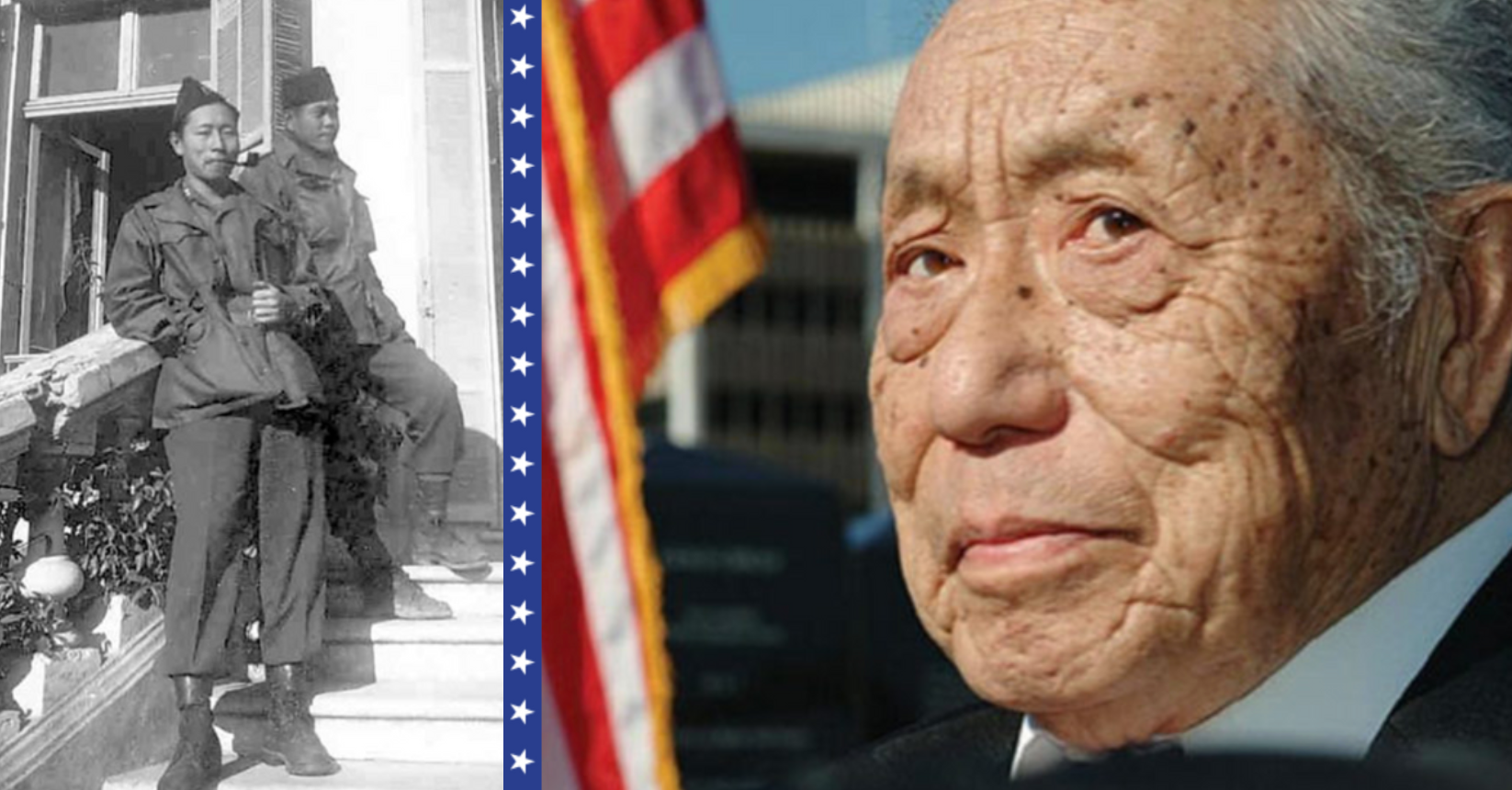 Young Oak Kim was born in Los Angeles, California in 1919. He was raised with a strong Korean cultural identity instilled in him by his father, a strong opponent to the Japanese occupation of Korea. After high school, Kim attended Los Angeles City College for a year. However, he dropped out to work and support the family. Racial discrimination against Asians prevented him from holding any one job for too long.

In 1940, as war loomed on the horizon, that same discrimination prevented Kim from enlisting. However, after Congress passed a law including Asian Americans in the draft, Kim was drafted into the Army. He entered the service on January 31, 1941.

Kim served for half a year as an Army engineer before he was selected for Infantry Officer Candidate School. He graduated the school at Fort Benning, Georgia in January 1943. Afterwards, he was assigned to the 100th Infantry Battalion, a unit of Japanese Americans from Hawaii. Fearing racial tensions between Japanese Americans and a Korean American, Kim’s commander offered him a transfer to a different unit. “There [are] no Japanese nor Korean here,” Kim responded. “We’re all Americans and we’re fighting for the same cause.” His sentiment of patriotism was a constant throughout his life.

The 100th was soon deployed to North Africa. However, racial discrimination and the belief of Asian inferiority meant that the Army had no plans to send them to the front. By its own request, the 100th was redeployed to Italy in the hopes of seeing combat.

Kim’s first action was in Salerno, Italy. He was wounded near Santa Maria Olivetto where he received a Purple Heart and his first Silver Star for bravery in combat. For his actions, he was also promoted to 1st Lt. and later fought in the Battle of Monte Cassino.

During the planning phase of Operation Diadem, the fourth assault on Monte Cassino, allied planners needed to know if German tanks were in the way of their intended route. On May 16, 1944, Kim and Pfc. Irving Akahoshi volunteered to capture German soldiers to gather information. The two men snuck into enemy territory and captured two Germans in broad daylight. The prisoners divulged that there was no German armor in the way of the planned assault and the allies succeeded. Kim later led troops in battle at Belvedere and Pisa. He was awarded the Distinguished Service Cross, the Italian Bronze Medal of Military Valor, and the Italian War Cross for Military Valor.

In France, Kim served as the battalion operations officer. He fought at Bruyères and Biffontaine where he was wounded again. His wounds were more severe and he returned to Los Angeles for a 6-month leave. Germany surrendered before Kim could return to Europe and he was honorably discharged as a captain. He received a second Purple Heart, the French Croix de Guerre, and had a plaque dedicated to him on the Biffontaine church wall.

Despite his service during the war, there were few job opportunities for Asians like Kim. He started a self-service laundry, a rarity at the time, which turned out to be quite successful. In fact, he made five times his Army captain salary. However, when the Korean War broke out in 1950, Kim returned to the Army. “As a Korean, the most direct way to help my father’s country even a little, and as a U.S. citizen, the most direct way to repay even a little the debt owed to Korea by the U.S. was to go to Korea, pick up a gun and fight,” Kim later said in an interview.

Any U.S. soldiers who spoke even a bit of Korean were eligible to serve in the Army Security Agency. However, Kim didn’t want to work in an office; he wanted to fight at the front. By pretending not to know any Korean, and with some help from connections he made during WWII, Kim rejoined the infantry.

In April 1951, Kim was assigned as the intelligence officer of the 31st Infantry Regiment, 7th Infantry Division. Kim was personally scouted by Lt. Gen. William J. McCaffrey. At the general’s request, Kim also worked as a operations officer. Despite his staff positions, Kim fought in several battles and is credited with rescuing both American and Korean soldiers on the frontlines.

When the 31st Infantry stopped the Chinese offensive and pushed them back across the 38th parallel in May 1951, Kim’s battalion was the first to cross the line. In August, Kim’s unit was so far north that they were mistakenly shelled by American artillery who believed they were too far north to be friendly. Kim was seriously injured and evacuated to Tokyo for medical treatment. After two months of recuperation, he returned to the Korean front.

Kim’s return included a promotion to major and a new job. McCaffrey put him in command of the 1st Battalion, 31st Infantry Regiment, making Kim the first Asian American to command a U.S. battalion. Under Kim’s command, the battalion adopted an orphanage in Seoul where over 500 orphans were raised. After nearly another year of combat, Kim left Korea in September 1952. In 2003, the Korean government recognized Kim and his battalion for their social service during the war.

Kim remained in the Army after Korea. He served as an instructor at the Infantry School in Fort Benning, Georgia and as a staff officer in Germany. In 1959, he was promoted to Lt. Col. and became an instructor at the Command and General Staff College. In the early 1960s, Kim returned to Korea where he served as a military advisor to the South Korean army. During this time, he was promoted to Colonel. After 30 years of service, Kim retired in 1972.

In 1973, Kim joined the Special Services for Groups in Los Angeles, a non-profit health and human service organization that served vulnerable multi-ethnic communities. He furthered his community service as a 10-year board member of United Way, an international network of over 1,800 non-profit fundraising affiliates. Kim was a founding member of the Korean American Coalition, an organization that continues to promote the civil rights of the Korean American community today. Kim championed a number of other causes including healthy lifestyles for the elderly, care for violence and sexual assault victims, and the sheltering of the homeless in Southern California.

On December 29, 2005 Kim passed away from cancer. He is buried at the National Memorial Cemetery of the Pacific in Honolulu, Hawaii. The Young Oak Kim Academy in Los Angeles is named for him, as is the Young Oak Kim Center for Korean American Studies at the University of California, Riverside. In 2016, Kim was posthumously nominated for the Presidential Medal of Freedom for his decades of selfless service. Although President Obama did not sign off on the medal, the push to recognize Kim’s work continues. On March 26, 2021, a bipartisan bill was introduced in congress to posthumously award Kim the Congressional Gold Medal in recognition of his extraordinary heroism, leadership, and humanitarianism. “His service to our country and the Asian American community only continued further after his military service,” said Rep. Young Kim (CA-39). “I am proud to have called him a good friend, and remember his friendship and service each day, especially as we bear the same name.” The bill, H.R.2261, is yet to be considered by committee. Regardless of its outcome, Kim’s legacy of patriotism and service stands as an example to all Americans.