Over half of NASA’s Artemis Team of astronauts have served 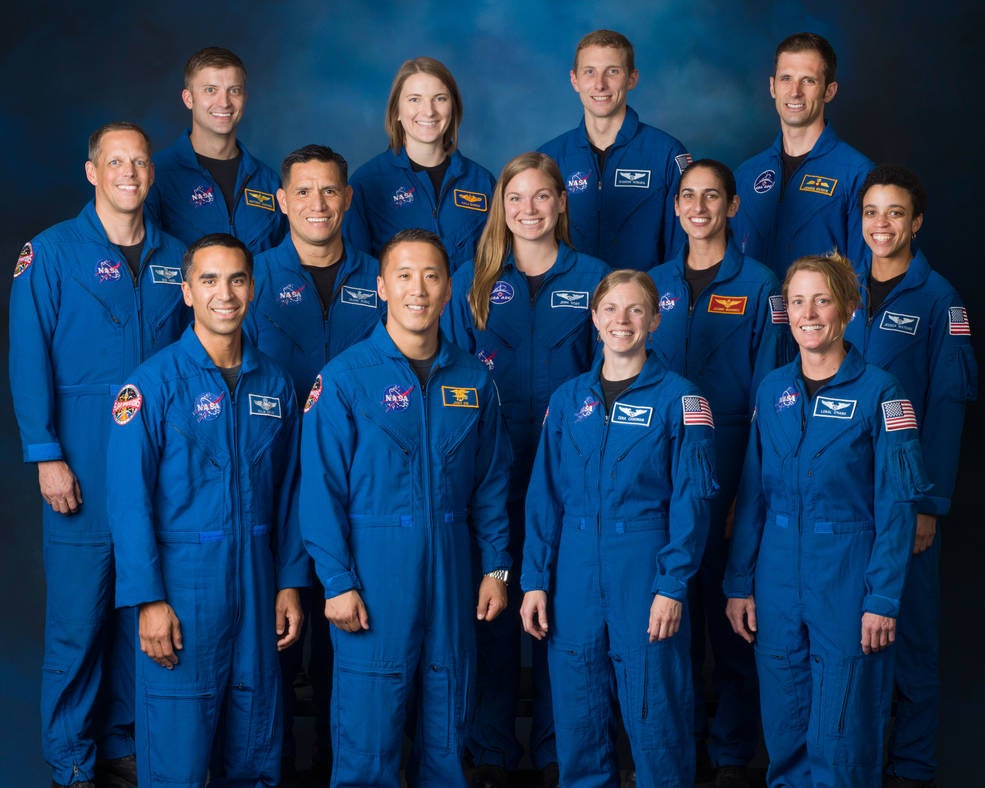 Barron graduated from the Naval Academy in 2010 and immediately went to grad school at the University of Cambridge in England as a Gates Cambridge Scholar. She graduated with a Master’s in nuclear engineering and joined one of the first groups of female naval officers to serve in the nuclear submarine fleet. After serving aboard the Ohio-class nuclear ballistic-missile submarine, USS Maine (SSBN-741), she became the flag aide to the Superintendent of the Naval Academy before being selected for astronaut training in 2017.

If you haven’t heard of the Navy SEAL, doctor, astronaut, you might be living under a rock. Kim enlisted in the Navy out of high school and went straight from his Hospital Corpsman “A” School to BUD/S. During his time with the teams, Kim completed over 100 combat operations and earned a Silver Star with Combat “V”. He commissioned as an officer through the Navy ROTC program at the University of San Diego with a degree in mathematics. Afterwards, he earned a doctorate of medicine at Harvard Medical School before being selected for astronaut training in 2017.

Chari has earned a bachelor’s in astronautical engineering from the Air Force Academy and a master’s in aeronautics and astronautics from MIT. He is also a graduate of the U.S. Naval Test Pilot School at NAS Patuxent River and the U.S. Army Command and General Staff College at Fort Leavenworth. During Operation Iraqi Freedom, he flew the F-15E in combat mission over Iraq. Chari has accumulated over 2,000 flight hours in the F-15, F-16, F-18, and F-35 fighters. When he was selected for astronaut training in 2017, Chari was an Air Force Colonel select serving as the Commander of the 461st Flight Test Squadron and the Director of the F-35 Integrated Test Force.

Dominick graduated from the University of San Diego with a degree in electrical engineering and commissioned as a naval officer in 2005. He served as a naval aviator flying the F/A-18E Super Hornet. Dominick made two deployments with Strike Fighter Squadron 3 (VFA-143) in support of Operation Enduring Freedom. Afterwards, he earned a master’s in systems engineering from the Naval Postgraduate School and graduated from the Naval Test Pilot School. He flew developmental flight tests in the F/A-18ABCD, F/A-18E/F, and EA-18G and has contributed to cutting-edge projects like the X-47B and F-35C. Dominick has accumulated over 1,600 flight hours, 400 carrier traps, and 61 combat missions. He was selected for astronaut training in 2017.

Glover is an experienced naval aviator with 3,000 flight hours in more than 40 aircraft, over 400 carrier traps, and 24 combat missions. He is also a graduate of the Naval Postgraduate School, the Air Force’s Air University, and the Air Force Test Pilot School. In 2013, he was selected for astronaut training while serving as a Legislative Fellow in the U.S. Senate. Glover currently serves as the pilot and second-in-command on the Crew-1 SpaceX Crew Dragon, named Resilience, which launched November 15, 2020. He will also serve as Flight Engineer on the International Space Station for Expedition 64.

Mann graduated from the Naval Academy with a degree in mechanical engineering and commissioned as a Marine Corps officer in 1999. She earned a master’s in mechanical engineering from Stanford in 2001. Following grad school, she completed TBS at MCB Quantico and flight school at NAS Pensacola. She flew the F/A-18C during combat missions in support of Operations Iraqi Freedom and Enduring Freedom before becoming a naval test pilot. Mann has accumulated over 2,500 flight hours in 25 types of aircraft, 200 carrier traps, and 47 combat missions. She is currently training for the crew flight test of Boeing’s Starliner spacecraft, the first crewed flight for the vehicle.

McClain graduated from West Point in 2002 and immediately attended grad school at the University of Bath. She trained on the OH-58D Kiowa Warrior and went on to earn ratings in the C-12 Huron, UH-60 Blackhawk, and UH-72 Lakota. Over her career, she has accumulated over 2,000 flight hours in 20 different rotary and fixed-wing aircraft. She was selected from astronaut training in 2013. Most recently, McClain served as Flight Engineer on the International Space Station for Expedition 58 and 59.

Moghbeli commissioned as a Marine Corps officer in 2005 after earning her bachelor’s degree in aerospace engineering from MIT. She has since earned a master’s in aerospace engineering from the Naval Postgraduate School and has graduated from the Naval Test Pilot School. She flew the AH-1W Super Cobra in combat during Operation Enduring Freedom and has flown the UH-1Y Venom and AH-1Z Viper helicopters in test and evaluation roles. Moghbeli has accumulated over 2,000 flight hours in over 25 different aircraft and more than 150 combat missions. She was selected for astronaut training in 2017.

Rubio is a West Point graduate and Army Blackhawk pilot. He has accumulated over 1,100 flight hours during deployments to Bosnia, Iraq, and Afghanistan. Rubio earned a doctorate of medicine from the Uniformed Services University of the Health Sciences. He served as a clinic supervisor, an executive medicine provider and a flight surgeon at Redstone Arsenal, Alabama. When he was selected for astronaut training in 2017, Rubio was serving as the battalion surgeon for the 3rd Battalio, 10th Special Forces Group (Airborne).

Tingle earned a bachelor’s and master’s in mechanical engineering and worked for three years at the Aerospace Corporation in El Segundo, California before commissioning as a naval officer in 1991. In 1998, he graduated from the Naval Test Pilot School and served as an Operational Test Pilot with the F/A-18E/F Super Hornet program. He flew with Carrier Air Wing 11 (CVW-11) aboard the USS Carl Vinson (CVN-70). The wing was one of the first responders after 9/11 and conducted strikes in Afghanistan in the early days of Operation Enduring Freedom. Tingle has accumulated over 4,500 flight hours in 51 different aircraft, 750 carrier traps, and 54 combat missions. He was selected for astronaut training in 2009 and most recently served as Flight Engineer on the International Space Station for Expedition 54/55.