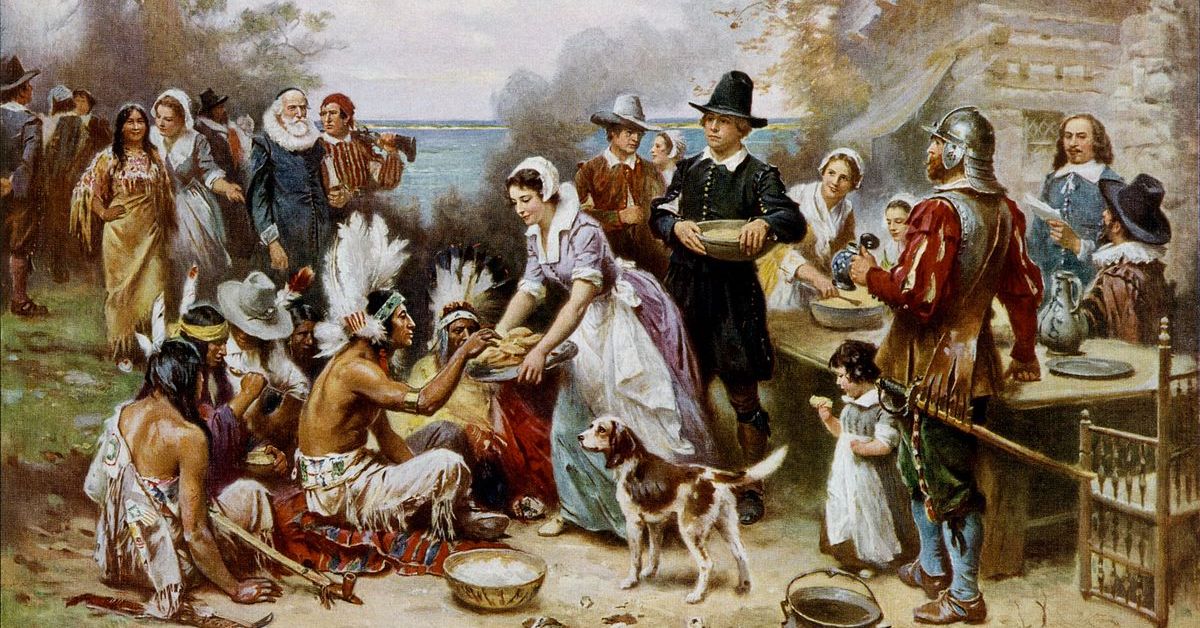 The founding father at the center of our Nation’s creation myth is also responsible for one of our most cherished traditions. When General Washington was Commander-in-Chief of the Continental Army, he would sometimes reward troops with a day of thanks following victories. American folklore of pilgrims celebrating days of thanks for special occasions was not uncommon before the Revolutionary War. Once president, Washington continued to press the issue with the Continental Congress that a national Thanksgiving was something every American should take part in.

The first Thanksgiving, technically, was in 1941 when Congress made it a legal holiday. However, the reasons for it being ratified are not the same as the vision President Washington had. It was made a legal holiday because President Roosevelt wanted to extend the holiday shopping season by moving Thanksgiving from November 3rd to the last Thursday of the month.

According to Business Insider, “To assuage the fears of retail lobbyists, FDR moved Thanksgiving forward a week that year. The change divided the country, with 16 states refusing to move up the date of the holiday. Thanksgiving remained an issue as hot as a bowl of scalding mashed potatoes until the president admitted defeat in 1941.”

Now we have Black November, not just a Friday, and we’ve extended the holiday shopping season by an entire month – gross.

President Washington’s vision of Thanksgiving was rooted in giving thanks to God for watching over the country during the revolution and providing us a country of our own.

According to mountvernon.org, Washington issued a proclamation on October 3, 1789, designating Thursday, November 26 as a national day of thanks. In his proclamation, Washington declared that the necessity for such a day sprung from the Almighty’s care of Americans prior to the Revolution, assistance to them in achieving independence, and help in establishing the constitutional government.

In the eyes of our greatest commander, Thanksgiving is about being grateful that we are able to govern ourselves. That we have a constitution that protects our rights and liberties with checks and balances.

In his Thanksgiving Proclamation of 1789, President Washington wrote about the things we should offer thanks for, to include, “… that we may then unite in most humbly offering our prayers and supplications to the great Lord and Ruler of Nations and beseech him to pardon our national and other transgressions.”

We’re not a perfect nation but we’re still better than everyone else.

Thanksgiving, according to President Washington, is also about reflecting on the wrongs we’ve done and work toward fixing them. It’s a day to remember those who fell at the birth of the Nation. Thanksgiving is a warrior tradition giving gratitude to God for our successful revolution.

In these uncertain times it is important to look back upon our history and listen to words of the founding fathers. May their intent continue to guide our country forward by the hands of Almighty God.