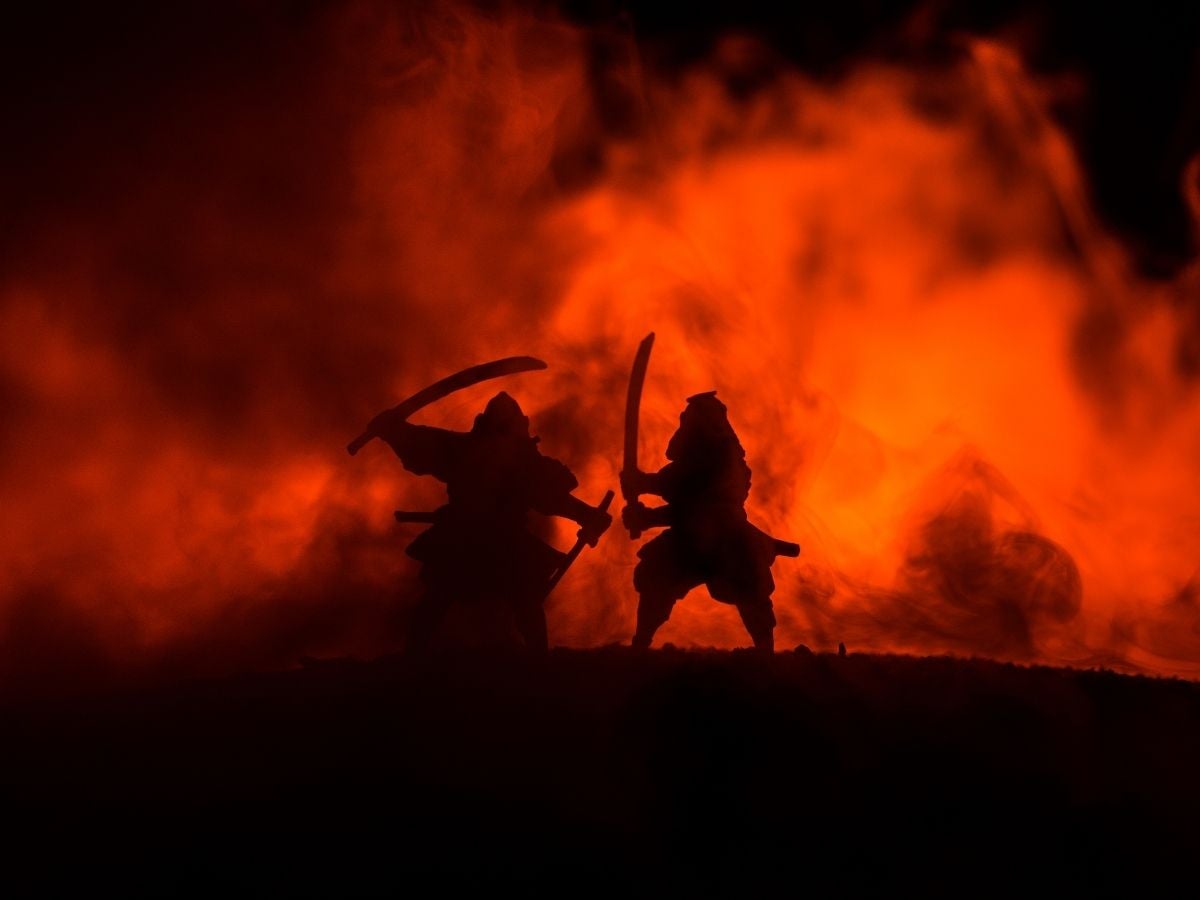 Hashshashin have gone by many namesakes and the word assassin derives from the original religious cult. They consumed hashish to create visions and assassinate Christian crusading leaders and Muslim sultans alike. Their notoriety lives on to this day, influencing cult classics like the Marco Polo Netflix series or mainstream gaming such as the Assassin’s Creed franchise. Assassination was not an unfamiliar weapon in the ancient world, but the Hashshashin turned it into an art form.

The Hashshashin existed as a religious group of assassins from the 11th to the 13th centuries in Persia and Syria. For hundreds of years, they operated out of hidden mountain fortresses near the Caspian Sea. The new Islamic religion spread throughout the ancient world, but early on it was split between two groups: The Sunni and Shia. The Sunni believe that Abu Bakr was the rightful successor to the Islamic Prophet. The Shia consider Uthman’s son in-law, Ali, to be the legitimate heir. This was the start of different sects of the religion, splintering into other subgroups.

Al-Mustansir ruled as Caliph of the Fatimid Caliphate from the age of seven for over 50 years. The religious empire spanned across northern Africa to the west and Persia to the east. Ethnic groups in Egypt made it increasingly difficult for Al-Mustansir to maintain a strong grip of the extensive empire. He gave some of his military power to his General Badr Al-Jamali to defeat the enemies of the state. Badr succeeded in defeating the groups and the politicians that supported them. On January 10, 1094 the eighth Fatimid caliph died in Egypt.

Abu Mansir Nizar, Al-Mustansir’s son, was the next in line as successor. Badr had died earlier that year as well. Badr’s son, Al-Afdal Shahanshah, took his father’s place as the Caliph’s vizier, a high office in the Muslim dynasty. Behind the scenes, Al-Afdal controlled the government due to his father’s exploits. To remain in power, he organized a successful coup. Al-Afdal placed Abu’s younger, 20-year-old brother on the throne instead because it would be much easier to control a child. The governor of Alexandria gave refuge to Abu and appointed him Caliph.

A year-long Egyptian civil war ended with a besieged Alexandria and the surrender of Abu. Imprisoned and executed by a pretender, the rightful ruler of the Caliphate met his end. Egyptian and Syrian leaders reluctantly accepted the bloody transition of power, but Persia to east refused. The Turks invaded the lands to the east and forced Sunni beliefs on the populace and executed those who refused.

Hassan-I Sabbah, a religious leader of a smaller faction, was banished long before the coup in 1080s. His loyalty to Al-Musansir and to Nizari beliefs made him a threat to the ambitious vizier’s family. As a consequence, when the rightful ruler died, he dedicated his life to vengeance and personal gain.

During his exile, he infiltrated the fabled fort Alamut disguised as a missionary of the opposing religious faction. Secretly, however, he was converting followers to his own brand of the religion. He won the fort and established his own Nizari Ismailis revolt – and his secret society the Hashashin.

Consequently, Turkish Sultans did not want a renegade upstart seizing forts in their new empire and sent armies to recapture Alamut. The 2,000 foot high fortress that sat on vertical cliffs was impregnable. The Sultan Malik-Shah applied constant military pressure to seize the fort and kill Hassan-I. With this in mind, mysteriously, the Sultan and his vizier died. Of course, the evidence that this this may or may not have been the first assassination by the Hashashin is a topic of debate among historians. This caused a civil war that presented more opportunities for Hassan-I to capture more forts to use as a base of operations for assassinations. Hassan-I became known as “The Old Man in the Mountain.”

In spite of the name, Hashashin was originally derogatory in nature. The assassins embraced this notoriety and expanded on the fantastical tales about them. Hashashin refers to copious amounts of hashish smoked by the assassins.

‘The Assassins as men who were drugged with hashish wine and then taken to a lush valley where all of their sexual desires were fulfilled to gain their loyalty.’ – Marco Polo

‘They called themselves “fidayeen” (“martyrs”), which is what many suicide bombers today call themselves.’ – Pico Iyer, Smithsonian magazine, October 1986

A Fi’dai made peace with the fact a mission meant certain death. This dedication was also what made them terrifying. They turned assassination into an artform and could blend in with the population. Their myth grew further as it seemed they practically appeared out of nowhere and could be anyone at any time.

Hence, they could be hired by anyone to kill political or religious leaders with large sums of money. Crusaders even hired the Hashashin during the first Crusade.

Their tactics were so successful that the word assassin came from the word Hashashin.

Romanticism of the assassin

‘The Country of the Assassins’ exists on crusader maps where they had scatter strongholds. That shows that even crusaders knew that was ‘nope’ territory and to leave them the hell alone.

[Marco Polo’s] medieval best seller mentions the Syrian Old Man of the Mountain administering a drugged potion to his fanatical followers to facilitate their deadly missions. Since the sect’s nickname, the Hashishim, was derived from the Arabic for “hashish,” Marco Polo’s account helped cement their reputation as drug-fueled thugs. Modern historians, however, regard Marco Polo’s description as something of an invention itself. — Vicente Millan Torres, National Geographic

Among some of the most notable assassination attempts was the one of the famed Muslim Saladin where 13 Fi’dais were killed. The order was contracted by Rashid Ad-Din Sinan on behalf of Gumushtigin, the ruler of Aleppo.

Richard the lionhearted hired the assassins in 1192, and Jagati, the son of Genghis Khan, hired them 1242. The long list of assassination attempts even includes Edward the first of England in 1272. They could reach out and touch you from the safety of their hidden fortresses in the mountains.

It didn’t matter how tight security was, they were going to kill you or die trying. That’s some scary sh*t for a medieval ruler of any religion.

Assassins are a staple topic in pop culture. From John Wick to the Assassin’s Creed video game franchise, assassins are cool. You could probably list five real or fictional assassins off the top of your head popularized by film and television. The mystery and lethality of assassins capture the imagination. In fact, the Shia Islamic religious sect is still around today. Probably without the contract killings – allegedly. (Conspiracy music intensifies.)