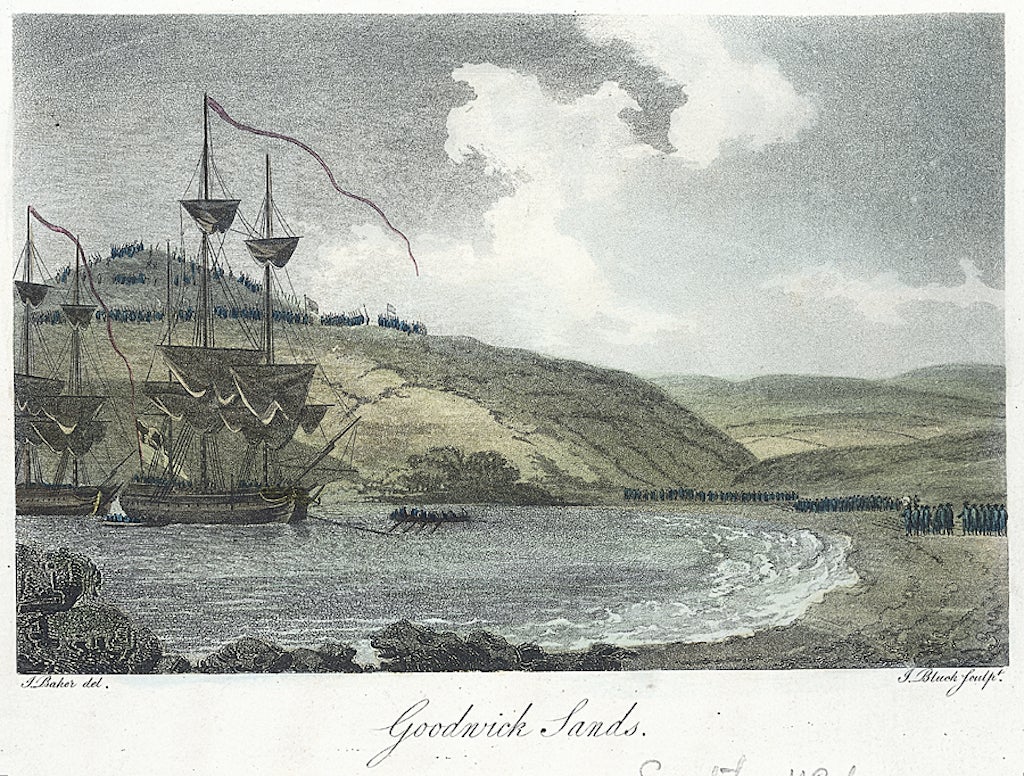 The Battle of Fishguard, where Colonel Tate surrendered.

In 1797, Britain had been at war with Revolutionary France for nearly five years and it was not going well for the English and its Coalition allies. That doesn’t mean it was flawless for the French, either. While a young leader named Napoleon Bonaparte was forging a trail through the old regimes on Continental Europe, other commanders were setting off on schemes that were downright foolish. The last successful invasion of Britain had been the Norman Conquest in 1066. Since then, many had considered the attempt, fewer had tried, and no one had succeeded. The French attempt would be no different, except for the circus that its invasion of Britain would ultimately be.

The plan was complex from the start. It was supposed to be a three-pronged landing to confuse and stall the British response. Two of the forces would be a diversion, while one would be the main attack. France would lose one of those forces, along with a frigate and a corvette from the invasion fleet.

French General Lazare Hoche planned to land two diversionary forces on the British mainland. The first would invade Wales while the second would land near Newcastle. The main thrust of the French invasion would land in Ireland’s Bantry Bay to support the United Irishmen, an independence movement formed in the style of the French Revolution.

When the invasion of Britain finally arrived in the area, Hoche encountered rough seas and hard weather which scattered his ships around the area. His forces reduced beyond the number needed to support an invasion, he decided to return home instead – but he forgot to inform the rest of the invasion fleet(s).

The invasion force in the North Sea also experienced rough weather. On top of that, the use of convicts in the invasion force led to low discipline and even lower morale. After a few mutinies, the planned invasion of Newcastle was also scrapped. Meanwhile, the invasion force bound for the Welsh coast went ahead as planned. It left Brest in February 1797, months after both of the previous invasions were aborted.

Flying Russian colors, the Invasion force headed for Wales with four warships and only 600 professional soldiers among the 1,400 troops under the command of an Irish-American, Colonel William Tate. The rest were also convicts. The heavily-armed force landed at Carregwastad Point near Fishguard, Wales.

Almost immediately, discipline among the convicts broke down and they left the main force to loot local villages. With this as a warning, locals created their own resistance force, between 500-600 men to meet the French invaders, some under John Campbell, 1st Baron Cawdor,  others under the command of Lt. Col. Thomas Knox.

The French advanced to a local farmhouse, where they set up a headquarters and ordered the troops to live off the land. Unfortunately, the convicts stumbled upon a Portuguese shipwreck that had a cargo hold full of wine. Instead of foraging for food, they gorged themselves on wine. All but his 600 regular soldiers wound up sacking the local villages, passing out drunk, or disappearing altogether.

Between the British militias, reservists, sailors, and local volunteers, the British put together around 600 troops themselves under the (eventually) combined command of Lord Cawdor. The French soldiers occupied high ground in defensible positions, but their morale was low and the invasion ships had already departed. They were alone.

When the French sent envoys to negotiate the surrender Cawdor demanded their unconditional surrender, claiming that he commanded a force ten times bigger than it really was. He gave them until 10 am the following day to surrender. When the sun rose the next day, the French saw hundreds more soldiers than he thought the British had. He would surrender unconditionally.