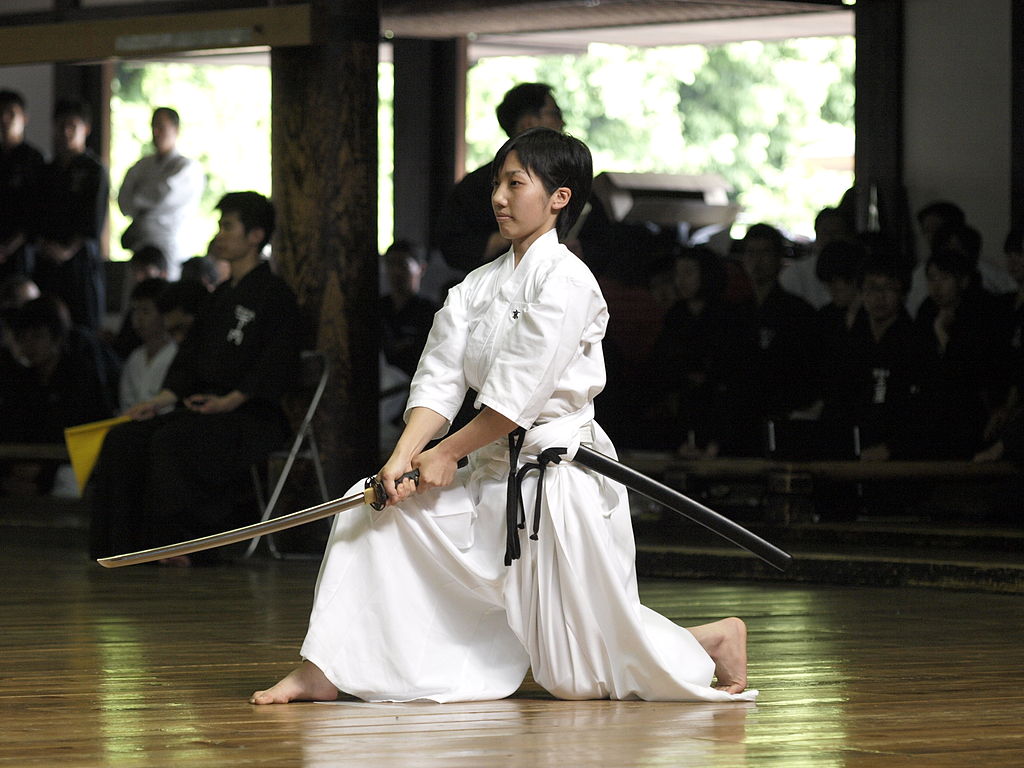 Japanese girl practicing Iaido with a custom made katana. (Wikipedia).

Most individuals purchase swords because they provide great aesthetic pleasure for collectors or as an NJP waiting to happen to the platoon’s resident weeb. Either way, it is necessary to understand a valuable historical sword is expensive, and where money is involved, counterfeits never lack. Over the years, prominent smiths crafted swords that now go for millions of dollars. A professional dealer or collector may spot the difference between counterfeit and authentic swords immediately. Similarly, you can learn a thing or two on how to spot a feigned Samurai sword. So when you PCS to Okinawa or other bases in Japan, consider these tips before buying a souvenir.

The different types of samurai swords

Service members like weapons, even more so when they’re associated with an elite warrior class. Given the long background story of Samurai swords, it is no surprise that variants and developments exist. The first type is the Tachi sword used in the Koto era and features a curved blade handle and is customarily carried with the edge facing downward. Uchigatana is the second variant and is distinguished by a straight handle with various curvatures. The first Uchigatana swords were of low quality, but better versions were forged and even replaced Tachi Samurai swords with time.

Later on, Shin-Gunto Samurai swords were crafted in the 19th and 20th Centuries to replace the Uchigatana swords. However, Shin-Gunto swords did not gain favor because of their low quality, forcing Uchigatana back into fashion. Daisho swords were then crafted to replace all three, becoming the most commonly used Katana in Japan. Most of the authentic Katana swords in the market today are Daisho types.

How to tell if you have the real deal

Authentic Katana swords are identified through age, curvature and size. They should be handmade by expert craftsmen from Japan, depicting a real Hamon temper line. A real Samurai sword is always sharp, phenomenally balanced, and conscientiously detailed. It should effortlessly bring out a sense of style and high quality, mainly through curvature. If a Samurai sword is not made of steel, consider it a counterfeit because that is the only metal used to craft Katana swords. However, the sword should not be stainless steel like most blades but crafted using high carbon steel, spring steel or industrial steel.

The next point to check is whether the sword has a full-tang that is thick and sturdy. A full-tang stretches all way to the pommel from the entire length of the handle. A real Samurai sword should have a full-tang, simply because no one wants a flying sword during battle. Even if a Samurai sword is crafted using the best quality steel, with a full-tang and all other good qualities, it would be termed as fake if the handle is loosely fixed. Authentic Katanas ought to have tightly wrapped handles that are held together by a tiny wooden peg called a mekugi. The mekugi is the only part responsible for attaching the blade to the handle. When the sword is taken apart, it will always be signed by the master who made it. From the other information on the hidden part of the blade within the handle an expert can date the weapon and estimate its value.

Additionally, purchasing a Katana sword from an online platform would jeopardize your chance of getting an authentic piece because you would not identify all these features. If you want to get a real Katana sword, you should purchase from a verifiable source, ensuring all the tiny details are included. One other point to focus on is the grain or hada on the steel. These are tiny dots that are clear without fuzziness. Most machine-made swords lack this feature but have serial numbers near the base of the blade, and if you identify such, then it is a fake. Even though a handmade sword does not guarantee authenticity, you will be one step closer to finding your real samurai sword. Lastly, the Samurai sword must possess a shape and design that is historically accurate and balanced to perfection. Once these boxes are checked, you can proudly display your war trophy authentic samurai sword.