This is how the English defeated the invincible Spanish Armada 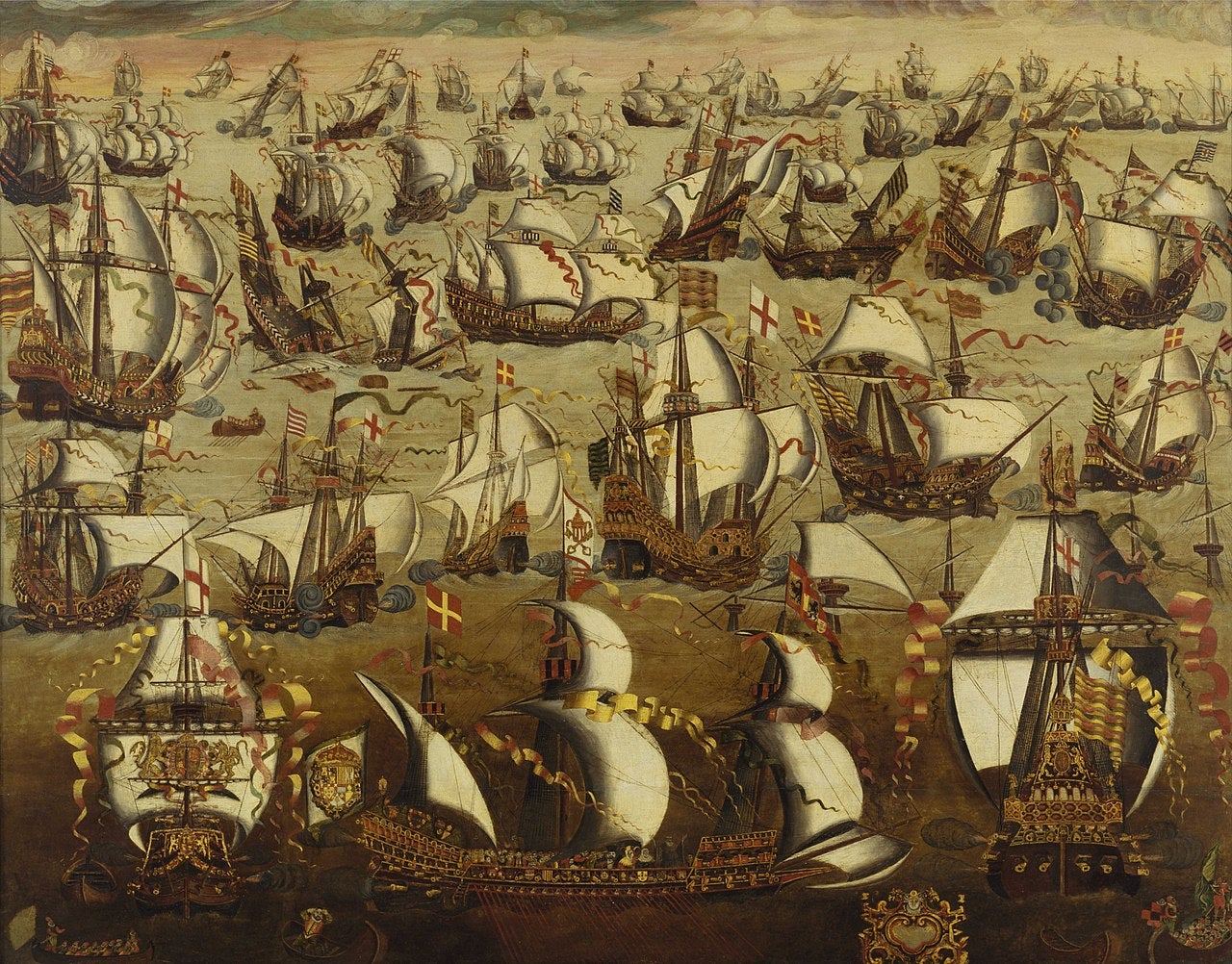 King Phillip II of Spain desired to conquer the English in the late 1580s. Like any ruler with a lust for conquest, he dispatched an armada to retrieve his troops from the Netherlands, where they had been fighting elsewhere. Religious differences prompted the attack on England as it had declared that it was a protestant country and did not recognize the pope as the head of the church. Spain was Catholic and seeing this, tried to persuade England to change its mind on the subject. In addition, Spain and England had a political quarrel concerning the Netherlands. The Netherlands was initially under Spain’s rule, and its citizens were revolting against Spanish control, and England was aiding the rebellion. As is tradition.

The indomitable Armada departed from Lisbon in early May 1588 with a quest to seize dominance of the English Channel and convey a Spanish army from Flanders to the British isle. The Armada comprised one hundred and thirty ships packed with thousands of weaponry, seamen and soldiers under the command of the Duke of Medina Sidonia. The Spanish were sure they would conquer the English because they believed their ships were stronger. While the English had faster ships with more weaponry, the Spanish orchestrated a plan to force boarding actions if England presented combat.

Unfortunately, Spain encountered rough seas during their mission, and the ships were forced back to Spain. It was not until July 1588 that the Armada arrived on the Southern Coast of England, and by this time, the British had prepared for the combat. Thanks to their long-range heavy guns, the English Navy could attack the Spanish ships from a safe distance. This tactic wiped out some of the ships, but the remaining ones forged ahead and anchored off Calais. The long-range heavy guns attack surprised the Spanish soldiers because such had not been introduced before. Without controlling the English Channel, their invasion of England would be unfeasible.

One night, the English dispatched eight ships on fire into the crowded Calais harbor where the Spanish ships were. This forced the Spanish to set sail back into the sea to avoid destruction by fire. The English attacked them at dawn in order to exploit the chaos and disorganization. With their powerful heavy-duty guns, the English defeated Spain, and the Armada had no choice but to retreat to the north of Scotland. The English Navy pursued the Spanish into Scotland but had to turn back due to the insufficiency of supplies.

The Armada suffered greatly afterward as they were running low on supplies, not to mention the ravaging storms. Many of the compromised ships capsized, while others were pushed onto the Irish coast and trashed. The last of the remaining ship arrived in Spain in October, reporting to have lost half of the fleet and more than fifteen thousand men. Spain had underestimated their opponent and thought that they would win the combat because of the huge fleet. As a result, their reputation was ruined and England’s uplifted.

The English’s defeat of the invincible Armada made England famous and reaffirmed it as a world-class power. Long-range heavy guns and other weaponry were introduced to naval combats for the first time and have been utilized by armies worldwide. While England’s heavy weaponry mainly fueled queen Elizabeth’s victory, historians argue that the strong winds that blew the Armada towards the north were the main cause of defeat. Most people in England believed that God channeled their victory and even more reason not to be Catholic. To celebrate the enormous victory over the famous Armada, medals and pictures were made. To think all of this happened because of a divorce and that is still a better love story than twilight.