This museum houses the most macabre artifacts from American history 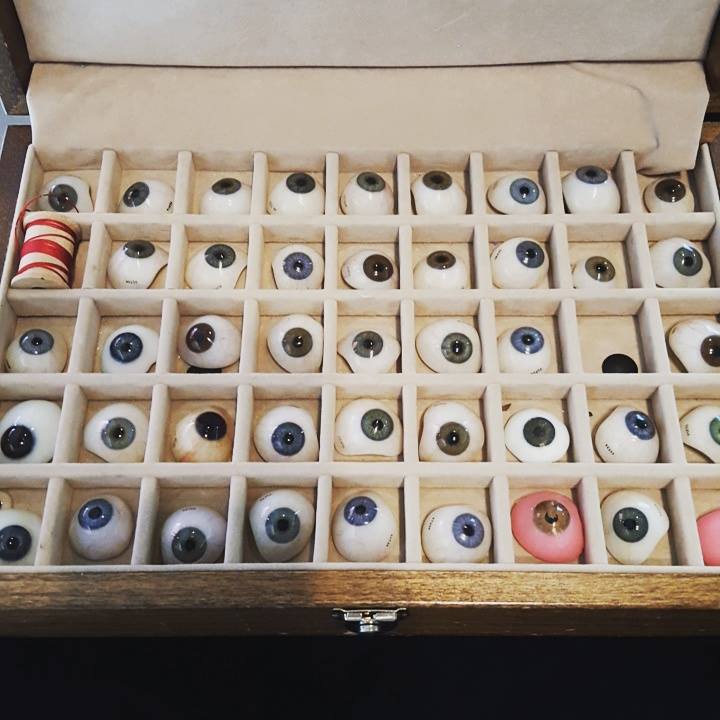 For America’s morbidly curious, there’s no more prominent mecca than the National Museum of Health and Medicine. There’s nowhere else can someone view everything from the bullet John Wilkes Booth used to kill Abraham Lincoln to a trauma bay used in the Iraq War.

For more than 150 years, the National Museum of Health and Medicine has been preserving the artifacts and displaying the impact military medicine has had on the men and women who fight America’s wars – increasing their chances of returning home.

The museum was founded in the middle of the American Civil War in 1862 by U.S. Army Surgeon General William A. Hammond. The Army Medical Museum, as it was originally known, was intended to collect and preserve specimens and artifacts for trauma and pathology research – the two fields of medical science most applicable to the battlefield.

Over the next 150 years, the museum became a repository for everything related to medical research and the battlefields of every American war. These days, it’s also a member institution of the Defense Health Agency, a joint medical force that provides services to combat commands across military branches.

It now holds more than 25 million artifacts, even if they aren’t always on display as an exhibit for public viewing. It’s just one more way for the Department of Defense to connect with the American public. Some of the artifacts and exhibits may not be suitable for all of the general public.

Although it was closed to the public during the global COVID-19 Pandemic, the museum contains an expansive collection of artifacts surrounding the death of President Lincoln. Aside from the bullet that ended his life, viewers can also see the autopsy kit used on the president, as well as fragments of his skull and the surgeon’s blood-stained sleeves.

Though never on display, the National Museum of Health and Medicine also holds items made from human skin that were confiscated from the concentration camp at Buchenwald and used as evidence in the Nuremberg Trials. The items included a bisected human head and the three tattooed human skins.

Inside the museum, viewers can see the first instance of the United States identifying the remains of the fallen through forensic dental work, a piece that dates back to one of the iconic figures of the American Revolution, Paul Revere.

Revere was a dentist and silversmith, who created custom dental work for Maj. Gen. Joseph Warren. When Warren was killed in combat, the British buried him in a mass grave outside of Boston. Revere and others dug through the grave looking for Warren’s remains. They identified him through a gold and ivory dental work Revere created. Warren was then reinterred in his own grave.

There are also less historic but no less morbid artifacts. The museum holds a preserved, blackened smoker’s lung, the swollen leg of someone who had elephantiasis, and hairballs that formed inside a human stomach that had to be surgically removed.

The museum that was first established to preserve advances in battlefield medicine in the Civil War has come a long way since its inception so long ago. Now viewers can see for themselves how far medical technology has advances in terms of sanitation, human anatomy, virology and pathology.

Most importantly, we can all appreciate the large steps the medical community has taken in keeping wounded and sick soldiers alive throughout America’s modern military history.