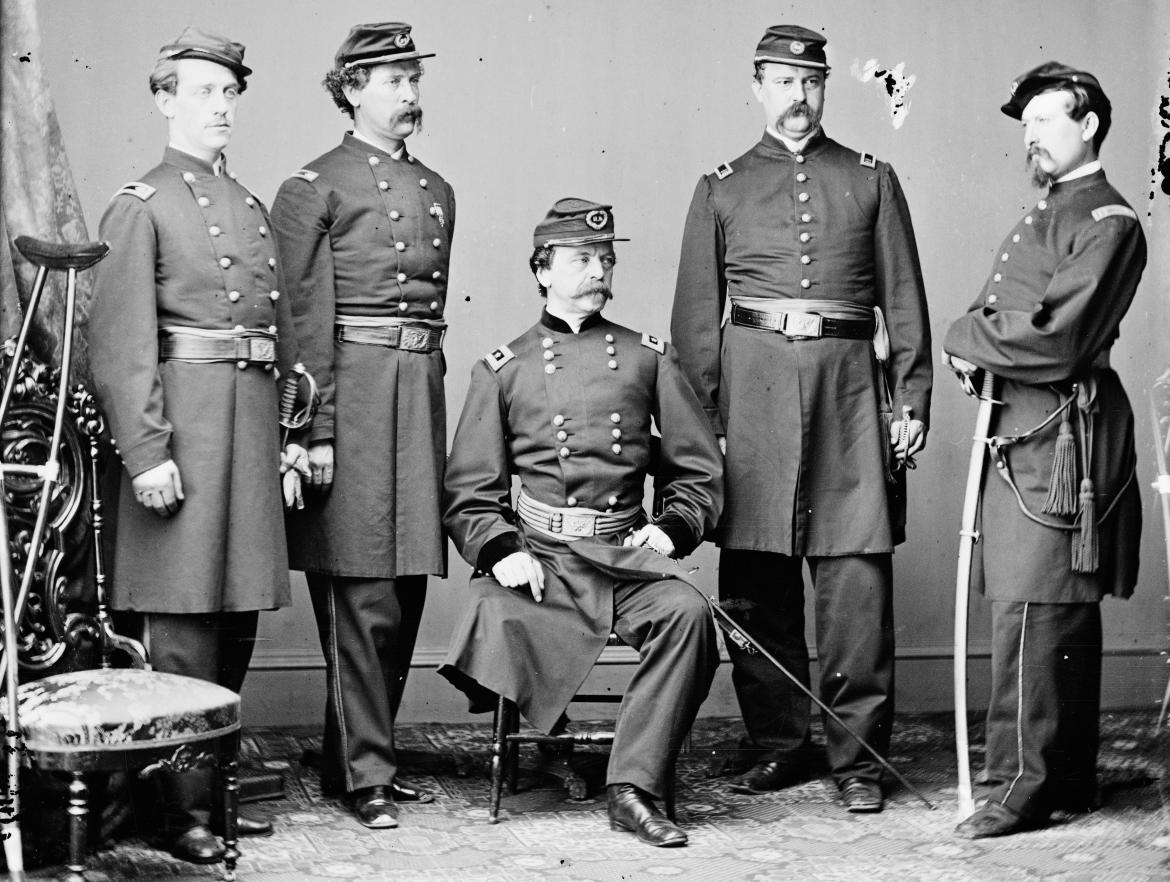 Infidelity, murder, war and politics are just some of the highlights in the life of Daniel Edgar Sickles. His biography reads more like fact than fiction and it certainly makes for a good story.

Sickles was born in 1819 to a wealthy New York family. He attended the University of the City of New York, now known as New York University, and followed his father into law. In 1846, Sickles was admitted to the bar and was elected to the New York State Assembly the next year.

In 1852, Sickles married New York socialite Teresa Bagioli, a young woman half his age. A year later, he was appointed by President Franklin Pierce as Secretary of the U.S. Legation in London under James Buchanan. In 1855, Sickle returned to the U.S. and was elected to the New York State Senate in 1856. He was also elected to the 35th U.S. Congress that same year.

In 1859, Sickles discovered that his wife was having an affair with the District Attorney of the District of Columbia, Philip Barton Key II (son of Francis Scott Key, author of the lyrics to “The Star-Spangled Banner”). On February 27, Sickles confronted Key in Lafayette Square, just across the street from the White House. There, he shot and killed Key.

Following the murder, Sickles turned himself in and was jailed. Using his political connections, Sickles assembled a top-notch defense team including future Secretary of War Edward M. Stanton. He plead temporary insanity, the first use of the defense in the United States, citing his wife’s infidelity as the cause. In a turn of events, newspapers praised Sickles as a hero. Harper’s Magazine lauded him for, “saving all the ladies of Washington from this rogue named Key.” He was acquitted of all charges.

When the Civil War broke out, Sickles took the conflict as an opportunity to repair his reputation. He received a commission as a major in the 12th Regiment of the New York Militia. Again leaning on his political connections, Sickles raised four new regiments for the Army and was appointed as the colonel of one of the them: the 70th New York Infantry. For his recruiting success, Sickles was promoted to brigadier general by September 1861.

However, Congress initially refused to confirm Sickles’ commission and he was forced to relinquish his command in March 1862. As a result, he missed his brigade’s action at the Battle of Williamsburg. Two months later, with more help from his political connections, Sickles regained his rank and command. He was just in time for the Peninsula Campaign and commanded competently in the Battle of Seven Pines and the Seven Days Battles. He was absent from the Second Battle of Bull Run, instead recruiting additional troops in New York City.

During the Northern Virginia campaign, many runaway slaves found refuge at Sickles’ camp. He refused to return the escaped slaves and put many of them on the federal payroll as servants for the camp. Under Sickles’ orders, many of the freed men were trained as soldiers. This abolitionist policy won him favor with the Committee on the Conduct of the War.

In January 1863, President Abraham Lincoln nominated Sickles for promotion to major general. Although the promotion was not confirmed by the Senate until March, Sickles was given command of III Corps in February by his close friend and commander of the Army of the Potomac, Joseph Hooker. This command was controversial as Sickles was the only corps commander without a West Point education. Still, he commanded aggressively at the Battle of Chancellorsville and proved his ability as a military leader.

On July 2, 1863, at the Battle of Gettysburg, Sickles and III Corps took up defensive positions on the southern end of Cemetery Ridge. It was there where Sickles made the fateful error of moving his men forward from the Union defensive perimeter, exposing them and weakening the Union line. General Longstreet’s Confederate attack smashed into III Corps and, through heavy fighting, rendered it combat ineffective. Still, Sickles’ command in the face of the Confederate advance was admirable. Some historians argue that his maneuver actually blunted the Confederate attack before it met the main Union line.

During the attack, Sickles was struck in his right leg by a cannonball. He was removed from the battlefield and relinquished command to General Birney. Ever the character, Sickles tried to keep his troops’ spirits up by grinning and puffing on a cigar as a he was carried to the hospital. His leg was amputated later that afternoon. Sickles was awarded the Medal of Honor for his actions at Gettysburg. The citation reads that he “displayed most conspicuous gallantry on the field vigorously contesting the advance of the enemy and continuing to encourage his troops after being himself severely wounded.”

On July 4, Sickles arrived in Washington, D.C. for treatment where he was one of the first to bring the news of the Union victory at Gettysburg. The next day, Lincoln and his son, Tad, visited Sickles in the hospital.

Thanks to his connections, Sickles was aware that the Army Surgeon General issued a directive to collect “specimens of morbid anatomy…together with projectiles and foreign bodies removed.” These specimens were to be forwarded to the newly founded Army Medical Museum in D.C. for preservation. Sickles preserved the bones from his amputated leg and donated them to the museum which he reportedly visited on the anniversary of the amputation for several years. The museum, now the National Museum of Health and Medicine, still displays his leg.

After the war, Sickles oversaw reconstruction in South Carolina where he pushed for the fair treatment of African Americans. He halted property foreclosures, supported employee rights and outlawed racial discrimination.

In 1869, Sickles was appointed as the U.S. Minister to Spain. In Spain, he earned a reputation as a ladies’ man in the Royal Court. He is even rumored to have had an affair with the deposed Queen Isabella II.

As the former commander of III Corps, Sickles frequently attended and spoke at Gettysburg reunions. He was well-liked by the veterans who served under him. Interestingly, Sickles also became friends with his former opponent, Longstreet.

In 1886, Sickles was appointed honorary chairman of the New York Monuments Commission. He spent the remainder of his life zealously securing appropriations for monuments to the New York units at the Gettysburg battlefield. Continuing his interesting life, Sickles was appointed Sheriff of New York County in 1890 and was elected to the 53rd Congress in 1892. As a congressman, he lobbied extensively for the preservation of the Gettysburg battlefield and the erection of monuments.

Sickles spent the rest of his life in New York City where he passed away in 1914 at the age of 94. His wild and exciting life has become the subject of books and documentaries as one of the most interesting biographies of the 19th century.