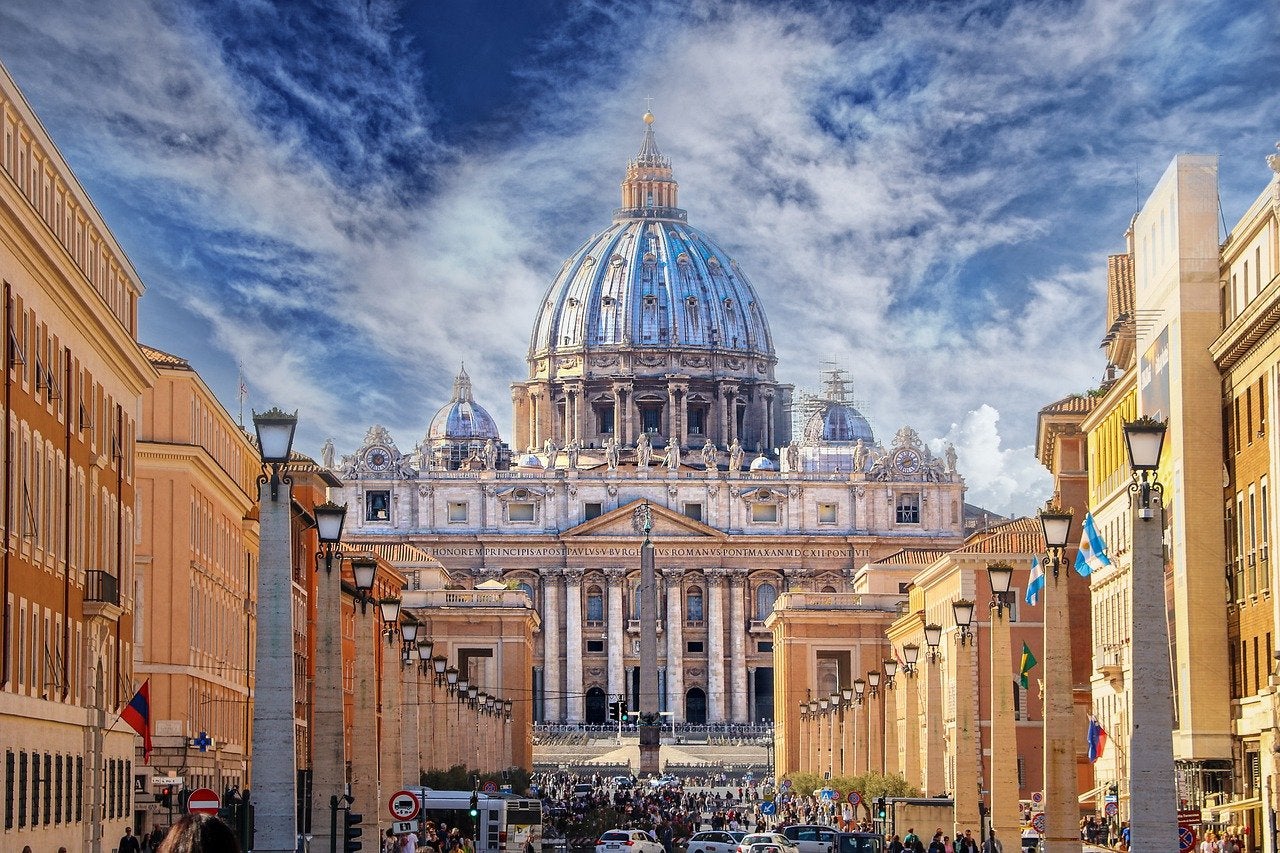 Imagine Games of Thrones comes to life in the Vatican but with good writers. Of the 19 popes who took office during the Renaissance, not a single one of them was canonized, or even regarded as Venerable or Blessed. The Renaissance Papacy, which spread from the end of the Western Schism in 1417 and the Protestant Reformation in the second half of the 16th century, was an ear of wealth, corruption, nepotism, debauchery and unprecedented political power for the papacy. Plots, alliances, briberies, betrayals and murder were common occurrences in the corridors of the Roman palaces. Theology had little to do with the results of the elections. Everybody’s gangsta until the Pope has you assassinated.

Indeed, one of the most famous Renaissance popes is the notorious Alexander VI, previously known as Rodrigo Borgia. His talent for intrigue and appetite for women of a shaky moral compass are far more renowned than his piety. Although a golden age for papal supremacy, papal moral prestige experienced a sharp decline during the Renaissance. Adrian VI, who was Pope for one year only, said mass every day of his papacy, but there is little to no evidence that Julius II and Leo X, the previous popes, ever celebrated mass. That abandon of religiosity was an important factor in the rise of Martin Luther’s Protestant doctrine, eventually leading to a new religious schism.

According to the prominent historian Eamon Duffy, “the Renaissance papacy invokes images of a Hollywood spectacular, all decadence and drag. Contemporaries viewed Renaissance Rome as we now view Nixon’s Washington, a city of expense-account whores and political graft, where everything and everyone had a price, where nothing and nobody could be trusted. The popes themselves seemed to set the tone.”

During that time, the papacy was a popularity contest worthy of a reality TV show. The College of Cardinals, the entity in charge of electing the pope, was composed in the majority of members of the most powerful families in Italy and representatives of the Catholic monarchies of Europe. To play the game one must use nepotism, trade of favors and influence. During the Renaissance Papacy, the Houses of Borgia, Della Rovere, and Medici each saw two of their members elected as pope. These houses were the mafia of the Italian Renaissance, using their influence to place their own family members in a position of power and to brutally eliminate their rivals. The bloody ascension of Ceasar Borgia is a perfect representation of the atmosphere of the time.

In order to curry the favor of the people and expand their finances, the popes of this period extended the sale of indulgences, ecclesiastic favors that could absolve the buyer of his sins. They also encouraged the humanist trend and slackened the reins of morality, allowing for greater freedom of thinking and even greater debauchery. The popes also became patrons of the arts. It’s under their influence that artists such as Michelangelo, Da Vinci, and Raphaël flourished. Sixtus IV (reigned 1471 to 1484) even commissioned the Sistine Chapel, one of the most beautiful building of the catholic world to this day.

The path to papacy often involved no small amounts of political alliances, bribery, favors and the occasional murder. Wealth, influence and a devious intellect will get you elected instead of devotion. However, the popes elected in such a treacherous atmosphere did not stay in office for very long. Out of the nineteen popes, only five staying in power for more than ten years, and six help the office for five years or less.

Money, dazzle and backstabbing made the ascension to papacy quick, but it did not help to keep the job. As swiftly as you became pope, plotters would see you leave just as quickly.