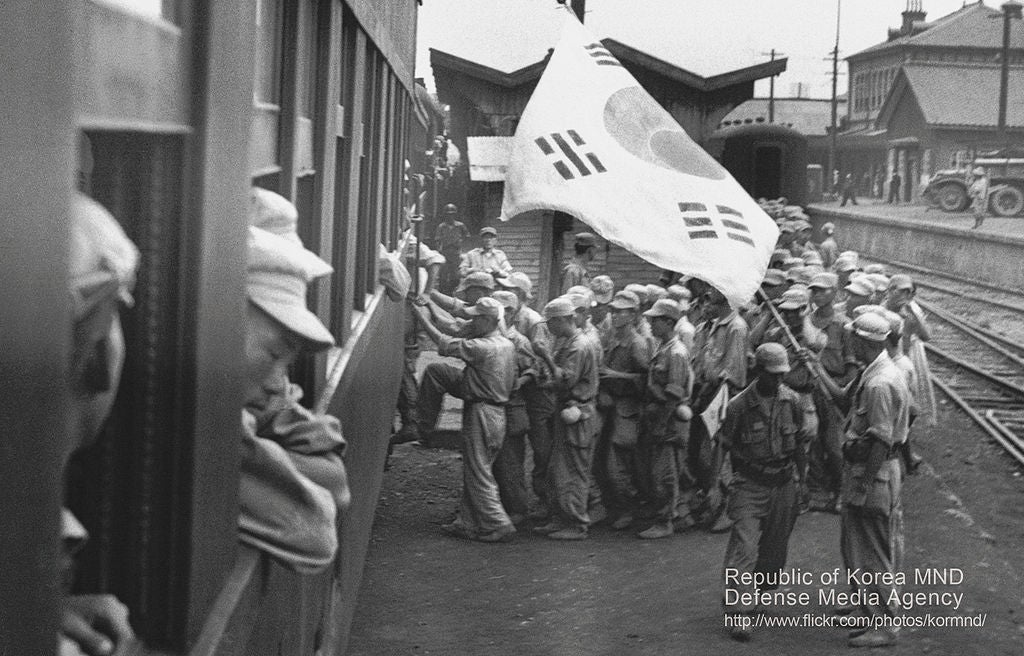 Students boarding a train to join the Republic of Korea Army. (Wikimedia Commons).

After launching a mass invasion of South Korea in June of 1950, North Korean troops made steady progress, pushing South Korean and American forces down the Korean Peninsula in an effort to push them all into the sea.

As they fought and advanced so quickly, the communists’ supply lines became more and more stretched. By the time the Allied forces were able to make a stand and establish a perimeter around Pusan, the North Korean army had stalled. It soon became vital for either side to control the village of Pohang-dong, a critical gateway through the mountains that the allies were using to maintain control of the Pusan Perimeter.

North Korea sent its elite 766th Independent Infantry regiment, a force of commandos, in to capture the village. Their task was difficult for three reasons. The first reason was that their supplies were stretched thin along with the rest of the communist invasion force. The second was that the unit had taken heavy losses from allied naval and artillery guns. The third was a group of students who mounted a defense of an all-girls middle school.

They were the South Korean student-soldiers, and despite being poorly trained and underequipped, they were about to give North Korea’s finest troops a bloody nose. On August 5, 1950, the North Koreans approached Pohang-dong with a force of nearly 22,000 troops. Defending the area was 58,000 American and South Koreans. At this point, both sides had taken heavy casualties, a total of more than 120,000 killed or wounded in a few short weeks. Morale was low and the task seemed daunting.

For two weeks, the fighting would rage on around the area of Pohang-dong, with momentum shifting back and forth all the time. Into the beginning of the second week, the elite North Korean commandos approached P’ohang-dong Girl’s Middle School, which was defended by 71 young male students. A student-soldier victory seemed unlikely, but the boys were ready to hold their ground against 300 communist soldiers and five armored vehicles.

If the 766th could capture the school, the North Koreans would have a foothold on the town, a new base of operations, and a strategic victory that might help the entire communist army pass into the valley beyond. If the students could hold the school, it would buy the allies enough time to get a mass of troops to reinforce the town before it could fall – and maybe even advance on the enemy.

The North Koreans began their attack at 4am while the boys were largely unprepared for an assault. For 11 full hours, the students fought the communist onslaught, repelling waves of attackers and preventing the school from being overrun. Of the 71 student defenders inside the school, 58 would die there. Their mission, however, was a success as they were able to hold off the North Koreans with sufficient time for allied reinforcements to arrive.

Not only was the battalion-size 766th detachment forced to retreat from the school when reinforcements did arrive, they were pushed back to where the entire 766th was waiting. When allied troops approached the bulk of the unit (some 1,500 troops), they were able to push those communist back as well.

Pohang-dong did not fall to the enemy and the brave school students who put up a stalwart defense of the school did not die in vain. Just a few days later, another American force – a much larger one – was able to land at Inchon. American and South Korean troops shot into the North Koreans across the perimeter and made an advance of their own.