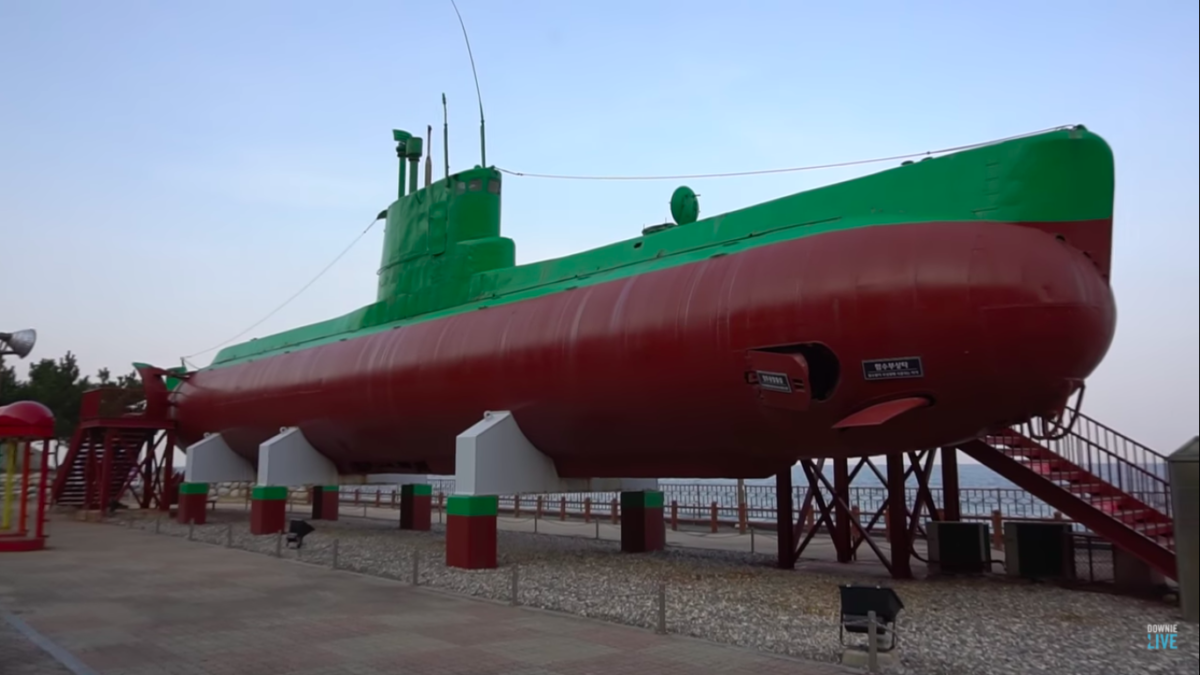 Since the Korean Armistice Agreement of 1953, a tenuous ceasefire has existed between South Korea and the Democratic People’s Republic of Korea. Although gunfire has been exchanged across the demilitarized zone on the 38th parallel, the conflict is largely marked by espionage. In 1998, the extraction of North Korean spies from South Korea was foiled by an unlikely and unintentional defense mechanism.

On June 22, a North Korean Yugo-class became disabled in South Korean waters. About 11 miles east of Sokcho and 21 miles south of the inter-Korean border, the submarine became tangled in a fishing drift net. The North Korean sailors attempted to free the submarine to no avail.

The surfaced and disabled submarine was observed by South Korean fishermen who notified the South Korean Navy of their sighting. A corvette was promptly dispatched to intercept the North Koreans. The submarine was towed by the corvette back to the navy base at Donghae with its crew still inside. However, the submarine sank on its way into port. It is still unclear if the submarine sunk due to damage sustained or if it was scuttled. The next day, the North Korean state-run Korean Central News Agency announced that a submarine had been lost in a “training accident.”

On June 25, the submarine was salvaged by South Korea. It had sunk to a depth of approximately 30 meters. The bodies of nine North Koreans were recovered from the submarine. The five sailors who crewed the submarine were apparently executed. Four of them had been shot in the head. “It appears that four men, including the commander, shot the five men to death, then committed suicide,” said the South Korean Joint Chiefs of Staff Lt. Gen. Chung Young Jin.

Also discovered in the submarine were two automatic rifles, two machine guns, a shoulder-fired rocket launcher, diving equipment, oxygen tanks, military boots and hand grenades. While this equipment was not exceptional to find on a military submarine, the presence of South Korean drinks suggested that the agents had completed an espionage mission. The submarine’s logbook noted multiple incursions into South Korean waters on previous voyages. The bodies of the submarine crew were buried in the Cemetery for North Korean and Chinese Soldiers.

1998 was a year of high tension on the Korean peninsula. Following the 1998 Sokcho submarine incident, a dead North Korean commando and an infiltration craft were discovered near Donghae in July. In December, a semi-submersible vessel exchanged fire with South Korean ships near Yeosu and later sunk with all hands aboard in what became known as the 1998 Yeosu submersible incident. However, the involvement of a fishing net and a fishing boat in the Sokcho submarine incident makes it stand out from the others.