This teenage single mother was the first freefall parachute pioneer 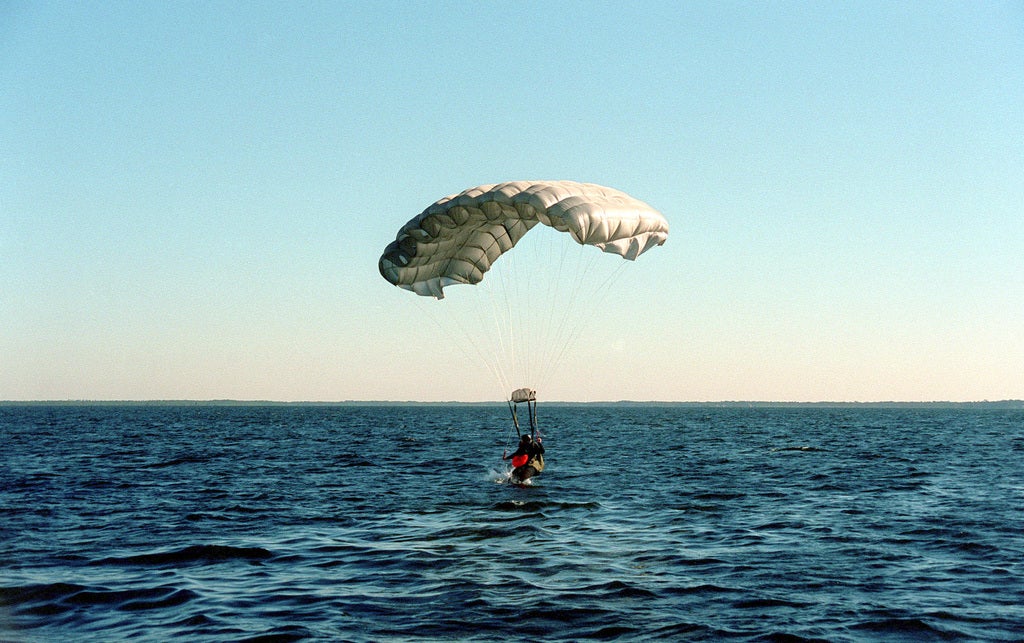 When Georgia Ann Thompson was just 15 years old, she had a 2-year-old daughter and was working in a North Carolina cotton mill. The baby’s father had run out on them. She was catching a well-deserved break, watching Charles Broadwick’s “World Famous Aeronauts” jump from hot air balloons, landing safely on the ground with the use of parachutes.

The sight so inspired Thompson, she decided to leave her young one with her parents and join the aeronauts. She had no idea her new venture would lead her to become the godmother of jumping out of perfectly good airplanes.

Broadwick didn’t invent the parachute, but he made two important design advances. He designed a “coat pack” chute that could be packed in a backpack and unfurled. He also created the static line that would open the chute when it became tight enough to pull on the pack. This was the parachute Georgia Thompson saw in 1908.

Thompson made her first jump from a balloon the same year she joined the troupe. Broadwick soon adopted Georgia and she became a headliner for the show. Now, with Georgia Thompson going by the name “Tiny Broadwick” (Georgia was only five feet tall and weighed 85 pounds) and being the star of the show, the aeronauts were more popular than ever.

As balloons gave way to powered flight, so did the stunts of the World Famous Aeronauts. Tiny became the first woman to jump from an airplane and the first person to ever jump from a seaplane when she glided into Lake Michigan. As her career took off, she sent money back home for her child and eventually married again.

After making three normal static line jumps using Broadwick’s coatpack design, she had an accident on the fourth jump. The line became tangled in the airplane’s fuselage. So for the fifth jump of the day, she detached the static line from the plane and pulled on it during freefall to deploy the chute.

It was both the first freefall jump from an airplane and the first appearance of what would come to be known as a ripcord.

Her personal life wasn’t as successful as her professional career, having divorced again after a few short years of marriage. She remarried in 1916 but by 1920, was divorced once more. Her aeronautical career ended a short time later, in 1922. After an estimated 1,100 jumps, the life of a daredevil parachutist took its toll on her ankles. Tiny Broadwick died in 1976 but a handmade silk parachute built by Charles Broadwick for her is preserved in the Smithsonian Institution.