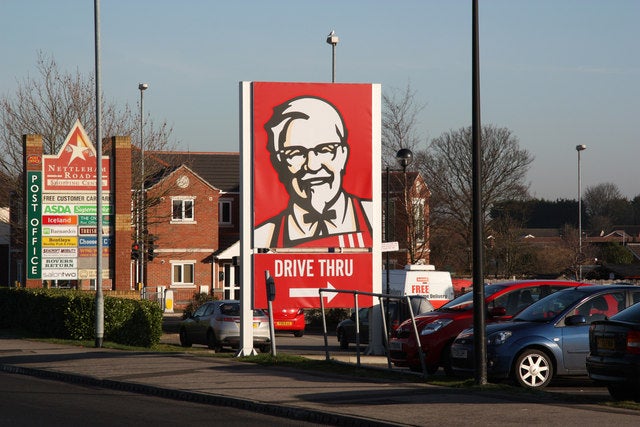 The world of American small business was a very different place a hundred years ago. Business in America has always been a sort of fight to the death, but in the days before we were all connected by things like the internet, television and the rule of law, things could go south in a hurry.

That fact is especially true in the South, which has always moved at its own pace. Back in the 1920s, taking a guy to court to stop painting over your business’ sign wasn’t the easiest way to get things done. Shooting him wasn’t either, but that’s what happened to Harland Sanders.

Everyone’s favorite chicken mascot used to be a real guy and yes, he did served in the U.S. military — only he wasn’t a colonel. He was an enlisted teamster who lied about his age to join at 16. After a year in Cuba, he returned home and was discharged.

Like many veterans, he bounced around from job to job before finding his true calling: entrepreneur. He opened a Shell station in North Corbin, Kentucky. This is where he first started serving food to hungry travelers and locals. But he found competition in the oil business could be a little bit aggressive.

A competing gas station owner named Matt Stewart ran the local Standard Oil station in North Corbin. As a business tactic, he would paint over Sanders’ Shell Oil sign that told motorists where to find the station. He repeatedly warned Stewart to stop, until one day Sanders caught his competition in the act.

Maybe you’ve heard about the hot tempers of old time Southerners. Harland Sanders was no different. He threatened to shoot Corbin for painting over the sign, which is a nicer way to say what Sanders actually said, which was that he would “blow [his] g-d head off.”

But when Sanders approached Stewart that day accompanied by two Shell Oil managers, it was Stewart who opened fire on Sanders. Stewart killed one of the managers, while Sanders retrieved the dead man’s gun. Sanders and the remaining manager returned fire, wounding Stewart.

When the dust settled, Stewart would survive getting shot by Sanders, but he was on his way to prison for murder. Sanders, acting in self-defense, was not charged. With his competition eliminated, Sanders’ business thrived. He was able to pursue his true passion, the one that would soon involve 11 herbs and spices.

He became a Kentucky Colonel by Gov. Ruby Laffoon in 1935 for founding the restaurant next to his gas station. His colonelship was later reaffirmed in 1949. In the 1950s, he was able to found and grow Kentucky Fried Chicken, his claim to fame. The days of shootouts with the competition long behind him.