What life was actually like for a viking berserker Many myths and legends surround the Vikings. Known for being fierce raiders, courageous explorers, and competent traders, the Viking Age lasted from roughly 793 AD until 1066 AD. It should be noted, however, that much of their history wasn’t written from their perspective and is therefore skewed. Only two literary works, the Prose Edda and the Poetic Edda, and some sagas were known to have survived the ages. Historians are now looking at Vikings in a different light because of recent evidence surfacing that disproves many of the myths about the “heathen savages” to the North.

Modern historians characterize Vikings more as fur traders than the bloodthirsty savages they’re often depicted as. The most barbaric and over-the-top of these Viking stories were of the
Viking berserker. Berserkers were said to have been lone Viking warriors who donned nothing but a bearskin (or a “bear coat,” which, in Old Norse, is pronounced, “bjorn-serkr” — sound familiar?), took psychedelic drugs to block out pain, and destroyed anyone foolish enough to stand in the way of their ax. Though not entirely wrong, these are definitely exaggerations. 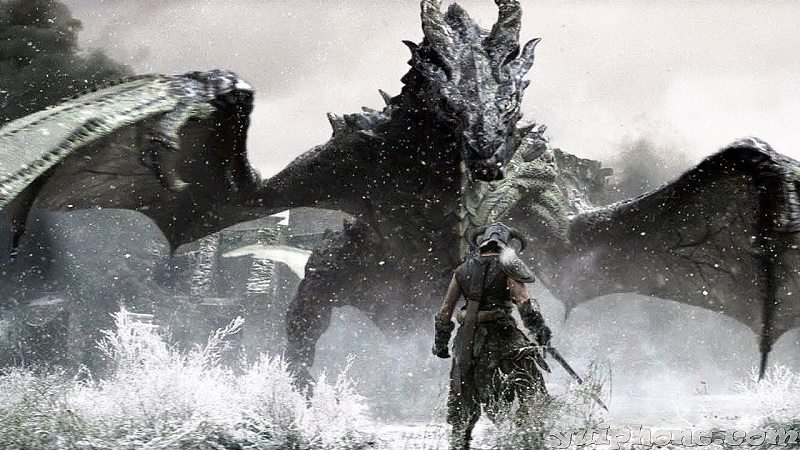 Verdict is still out on if they fought dragons or wrote books on how to train them. (Bethesda Studios’ Elder Scrolls IV: Skyrim)

First of all, there were three different
warrior cults who were often bunched into the same category. They are the well-known Berserkers (whose bear coats are often attributed to the worship of Thor, Tyr, or Odin), the Ulfhednar (who wore wolf coats for Odin), and the Svinflylking (who wore boar coats for Freya). Each devotedly fought for a different Norse god and each took on the aspect of the animal whose pelt they wore.

These tribal groupings contradict the “lone savage” stereotype. All berserkers — especially the wolf coats — were used in combat as a complement to other Vikings. Scandinavian kings would use the berserkers as shock troops to augment their forces. The pelt they wore was similar in function to modern-day unit insignias. You could tell who was a berserker on the battlefield because their “battle cry” was to bite down on their shield.

Secondly, their defining pelt wasn’t the only thing they wore, either. As intimidating as it would be to see a burly Viking wearing nothing but a bear coat, war paint, and the blood of their enemies, this kind of garb was nowhere near as common as the myth would have you believe. The
Volsung Saga corroborates the idea of a frenzied, mostly naked warrior, but logically speaking, the frozen tundras of Scandinavia would be too damn cold to spend weeks displaying what Odin gave them to their enemies. They may not have worn chainmail — which was very uncommon among Vikings since coastal raiding would rust the iron — but wood carvings showed them as at least wearing pants. 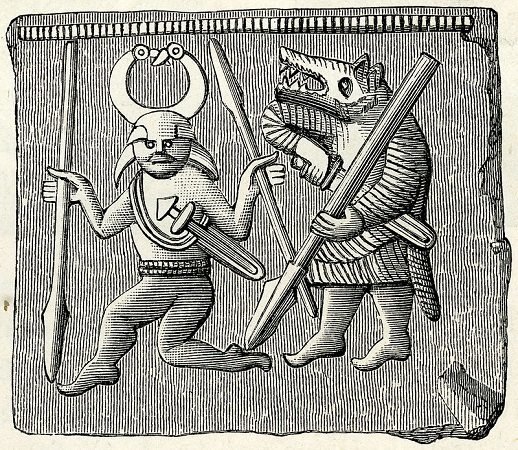 Who knows? Maybe a few berserks did leave this world the same way they came in, you know, naked and covered in someone else’s blood. (Woodcarving via Antiqvitets Akademien)

Finally, we arrive at the myth about the hallucinogens. The first accounts of Vikings “going berserk” because they ate magic mushrooms was hypothesized in 1784 by a Christian priest named Odmann. He came to a conclusion that connected the berserkers to the
fly agaric mushroom because he read that Siberian shamans did the same when they were healing. There are two problems with this theory. First, the mushrooms are extremely toxic and would leave any warrior in no shape to fight. Second, these mushrooms were never mentioned anywhere until 1784 — long after the Viking age.

Now, that’s not to say that they didn’t take something for the pain in battle. Stinking Nightshade was discovered in a
berserker grave in 1977. Mostly used as medicine, the plant was also used in war paint. If the nightshade were crushed down and made into a paste, it could be applied to a warrior to slightly dull their senses.

The effects would be similar to someone running into battle after popping a bunch of Motrin.