This female coder wrote the Apollo project by hand 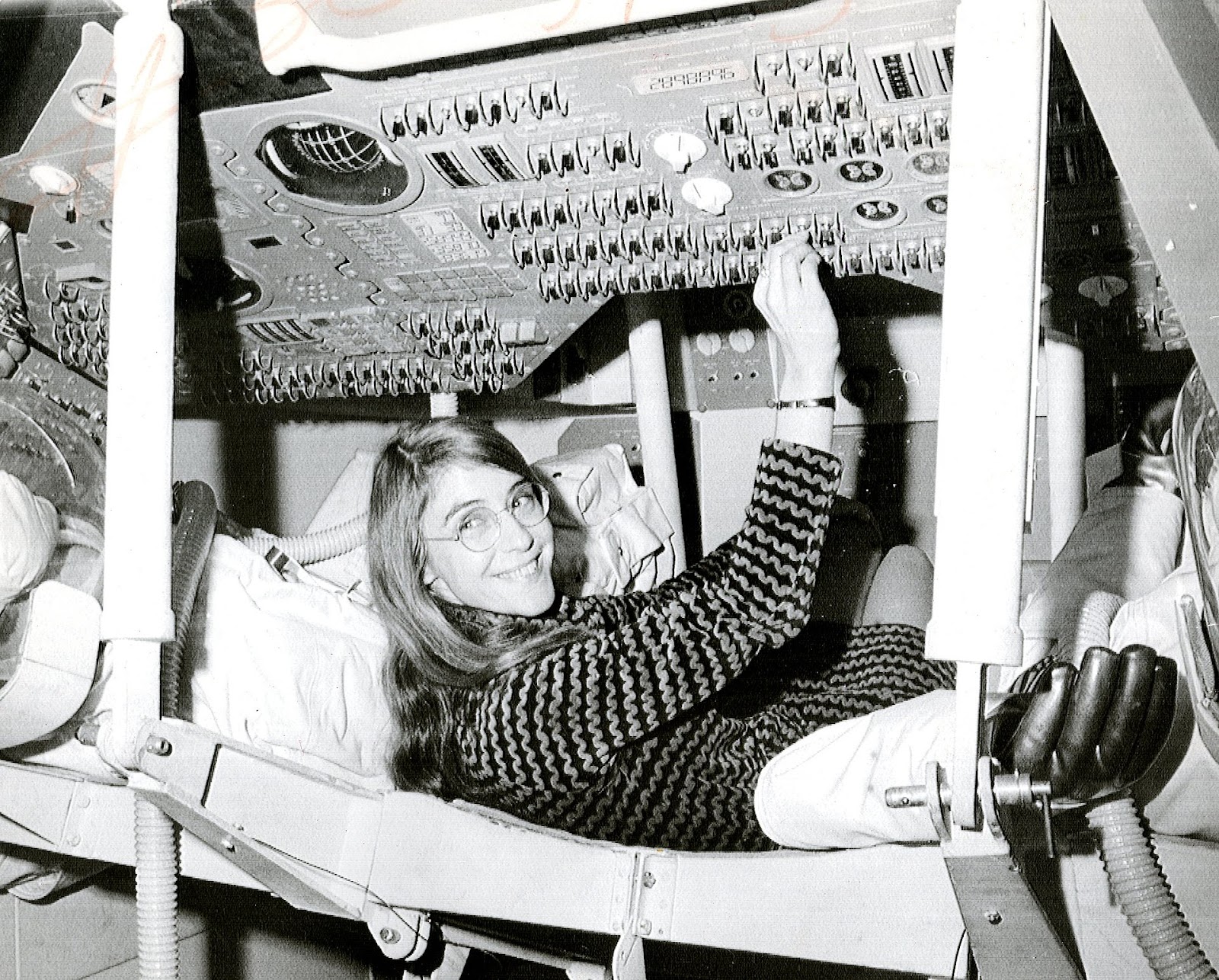 More than 50 years ago, the United States put two men on the moon. Their names are famous to this day. But far lesser known is the woman who helped put them there, Margaret Hamilton.

Hamilton and her team of Software Engineers at the MIT Insturmentation Labratory wrote the sprawling code that made the mission possible.

Impressively, Hamilton was in her early 30s as she led a team of the best software engineers in the country on this project. At the time, however, it was a new field of study. But with a knack for mathematics and after working in meteorology (she helped a project that worked to predict weather), Hamilton moved to the Apollo project when she became director of the Software Engineering Department.

By 1969, Hamilton and her crew created new software for Apollo and Skylab, including in-flight software for command module and lunar lander.

And she was the right person for the job; her efforts may have just allowed the entire project to work. She developed error detection and recovery software, allowing the aircraft to restart and update for real-time fixes. Hamilton herself designed this method, which is more impressive considering that courses on this subject did not exist at the time.

With her own two hands and with trial and error, she helped develop this life-changing software. In fact, it was the Apollo project that prompted Hamilton, along with others, to coin the term software engineering. She began using the term and is quoted as saying she wasn’t taken seriously for its use at the time. Today, it’s an everyday term.

The Apollo code was also hand-written (likely later printed) on physical paper. The entire compilation was as tall as Hamilton herself. Just imagine that today — reams of paper dedicated to code, with no backup, no room for mistake — we’re impressed at just the thought of it!

For her efforts, Hamilton is widely renowned in the mathematics community and continued to make waves for the entirety of her career. She went on to found two software companies, one that helped MIT further reduce computer and code errors. Some of their clients included the US Air Force and other government entities.

However, it was decades before she began to receive the accolades she deserves. She received her first award in the 1980s from the Association for Women in Computing.

Then, in 2003, she was given the NASA Exceptional Space Act Award for scientific and technical contributions. She also earned their biggest monetary award to-date, at more than $37,000.

In 2016, then-president Barack Obama gave her the Presidential Medal of Freedom. The honor is the highest civilian award in the country.

She has also been featured as a LEGO set through the “Women of NASA” series, and was given the Intrepid Lifetime Achievement Award in 2019.

Today, Hamilton is retired. At 85 years old, she is considered one of the biggest pioneers of computer science, and one of the driving forces that helped make the Apollo mission a success.