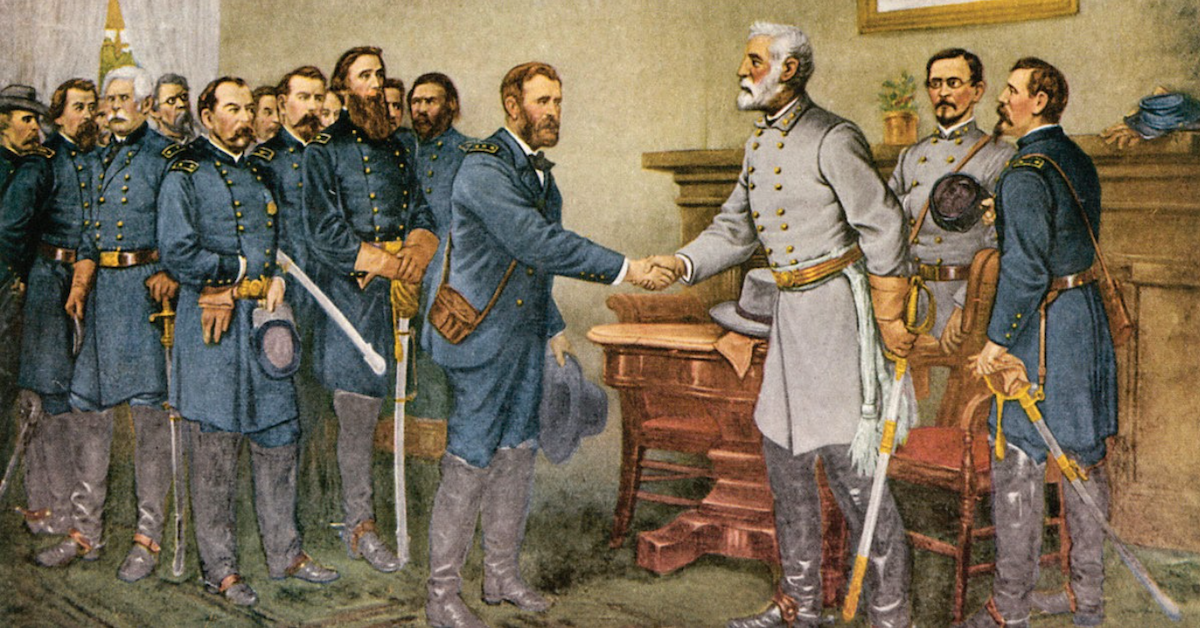 A week earlier, Union forces under Ulysses S. Grant had made a breakthrough at Petersburg, forcing Lee to make a desperate run to try to link up with Confederate General Joe Johnston, who had a substantial force.

The problem was that Lee’s 28,000 men had been chased by Grant’s force of about 150,000. Things had gotten worse when three supply trains had been burned by Union cavalry under George Armstrong Custer. Lee’s only hope was to fight his way to Lynchburg, Virginia.

Grant was not about to let Lee get there. He had already asked Lee to discuss terms of surrender twice. Lee had refused both times.

Grant was ready for another fight. However, Major General Phil Sheridan’s cavalry was already blocking Lee’s escape, and two more Corps raced to join them.

On the morning of April 9, Lee’s army realized they had been surrounded after a brief skirmish.

He told one of his officers, “There is nothing left for me to do but to go and see General Grant, and I would rather die a thousand deaths,” Lee said in response. He then asked Grant to meet to discuss terms. Within hours, the two generals met at Appomattox Court House.

General Grant famously told his officers, “The war is over. The Rebels are our countrymen again.” It would be another two months before word reached Texas, where people were still enslaved in spite of the Emancipation Proclamation nearly two and a half years before.

After four violent years, the Civil War had ended, with over 624,500 Americans dead.

Featured Image: Lee’s surrender 1865. ‘Peace in Union.’ Reproduction of a painting by Thomas Nast, which was completed thirty years after the surrender.