What was it like to be the king who lost the American Colonies? - We Are The Mighty

What was it like to be the king who lost the American Colonies? 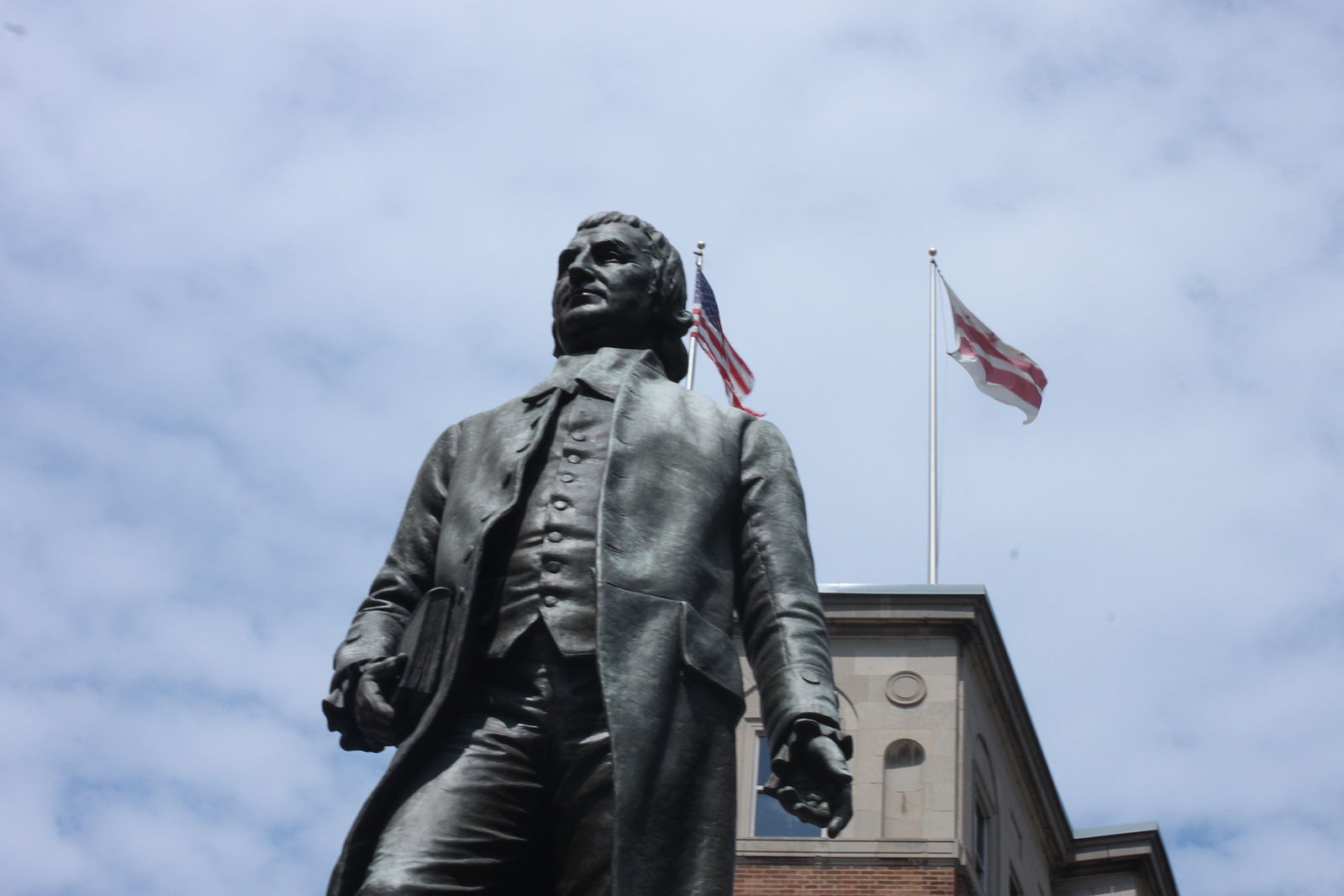 It’s hard being king; it’s even harder being the king who lost the American Colonies. King George III took over the throne at the age of 20. From his early life to the age of 82, King George would have a hard time finding vassals whom he could trust, field armies in back-to-back wars, meanwhile fighting a battle against mental illness. Across the British Empire he was a hero, a villain and an enigma. This is what it was like to be the last king of America.

King George was oved by commoners yet hated by nobles

A man of the people was King George’s biggest desire. There are stories in the Royal Archives that state that he would walk around Windsor and other towns surrounding London talking to commoners. Understandably, the peasants would not know how to react when the King of England burst through your front door and asked what they were doing…in their own home. People found it exciting that the King would take interest in their daily lives.

He was very proud of being born and educated in Britain. Most kings of the day, to include his grandfather and great grandfather were not. To be English culturally was immensely important to him and he used this badge of honor to win favor with the commoners. If he couldn’t make the aristocracy tow the line then he could force their hand by inspiring patriotism in the masses.

There were several attempts on his life by assassins and crazies. He took his assassinations in stride, he was used to being hated and loved equally.

When the arrival of the King was announced, the band, as usual, played ‘God save the King’. I was standing at the stage-door, opposite the royal box, to see His Majesty. The moment he entered the box, a man in the pit, next the orchestra, on the right hand, stood up on the bench, and discharged a pistol at our august Monarch, as he came to the front of the box.

Never shall I forget His Majesty’s coolness – the whole audience was in an uproar. The King, on hearing the report of the pistol, retired a pace or two, stopped, and stood firmly for an instant; then came forward to the very front of the box, put his opera-glass to his eye, and looked round the house, without the smallest appearance of alarm or discomposure. – Reminiscences of Michael Kelly (1826)

Earlier that day there was another assassination attempt when he was reviewing his troops at Hyde Park.

Another famous attempt was made by an unemployed maid who approached the King under the pretense of having him sign a petition and tried to kill him with a butter knife. She failed so miserably that the King said ‘The poor creature is mad; do not hurt her, she has not hurt me.’ The image of a compassionate monarch to the poor and sick is what he wanted to be remembered for. His popularity with the common folk did not help him push legislature in parliament, though. Influence through bribery, intimidation, and blackmail of the ruling class can only get you so far, even if you are the king.

His reign was mostly filled wars and rebellions

The 7 Years War, also known as the French and Indian War in American history, was the first global conflict spanning across five continents. At the conclusion of the War King George III ruled an empire five times larger than the Romans. That’s a lot of land to oversea and people to keep in line.

The King’s new Prime Minister George Grenville proposed taxing the Colonies because of the national debt. The Stamp Act that is so famous in America went unnoticed by news papers in England because it did not violate the Bill of Rights of 1688. In case you overslept in every U.S. History class ever, long story short we flipped sh*t over it and started a revolution. There were many factors that led to the rebellion but I digress. At the time King George didn’t think any of the Acts were a big deal at all.

Parliament was responsible for all of the taxes and Acts pressed upon the Colonies but the King was held responsible. Appointing ministers is the only constitutional power of the King. However, he was very involved with the matters of State. If he was supposed to be this benevolent monarch who loved his subjects, why didn’t he influence parliament for better treatment of the Americans? Why was there so much prejudice against Catholics and non-protestant religions? It’s fine to overreach to protect the rights of Englishmen at home but weren’t Colonists also Englishmen? Americans were just a cash cow to him.

After the U.S. Revolution, this English King did not have any love for the republics. Napoleon was rampaging throughout Europe and what better way to slap the French for aiding and abetting rebels?  Crushing the French was a way to save face after the humiliating loss of the American Colonies.

King George III sent Captain James Cook to observe the Transit of Venus in the South Seas in 1768. On June 3, 1769 Cook confirmed the King’s calculations. He studied astronomy profusely and admired the dance of celestial bodies in the sky. Cook’s voyage confirmed the king’s theory of when and where it could be observed on earth. Cook’s voyage also had a secret purpose – to find and map out the coastline of Australia. Cook claimed the land in the name of King George III. Subsequently, scientists were dispatched to document the Pandora’s Box of plant and animals on the new island continent. He commissioned other explorers around the world to find, document, and bring home knowledge. King George III doesn’t go out to the world, he makes the world come to him.

Throughout the King’s reign he had difficulty controlling his nobles the vast, newly stitched Empire. The colonizers did not honor the King’s wishes and treated the native population with contempt. In America, Ireland, Wales, Scotland, and other territories there were whispers of revolution gaining traction. His inability to control the ruling class was a motif throughout his lifetime.

When he wasn’t feverishly archiving everything that came across his desk, mechanizations and astronomy gripped his interest. His curiosity and patronage helped kick start the industrial revolution. Although enlightened as a man of science, he was still prejudice. Catholics were the usual suspects that caught the brunt of his wrath. Taxation without representation was not a uniquely American gripe, the Catholics shared it too.

He suffered from mental illness

‘The Mad King’ is another famous title due his suffering from uncontrollable fits between 1788-89 and again in 1801.  In 1810 his deteriorating mental state became permanent until his death in 1820.

‘In the modern classification of mental illness, acute mania now appears to be the diagnosis that fits best with the available behavioral data.’ – Peter Garrad, professor of neurology at St. George’s University of London

Something is wrong with the King but scholars cannot agree on what exactly ailed him. Family troubles would trigger him the most. The Queen and her subjects would do their best to stop gossip from reaching the King’s ear out of fear it would make him ill again. Emilia, his favorite daughter, was having a love affair with a soldier twice her age. The news did not reach his ears until her death from tuberculosis resulting in, as expected, one of his most severe fits.

Uneasy is the head that wears the crown

King George III’s portrayed in American history as a tyrant, inflexible, and uncaring. To Englishmen of the day, they adored him – even though some of them tried to kill him. Naturally, he overestimated his support in the Colonies because at home the commoners worshipped him. Walking through someone’s door unannounced in London was quirky and relatable. In America, you would catch the 2nd amendment to the face. He allowed the nobles to rule parliament as a democratic monarchy. Americans wanted to rule themselves. Constant rebellion and scandals are enough to make anyone crazy. It is no wonder that in his spare time he dreamed of the far corners of the Empire and movement of planets. He owned the largest since Genghis Kahn and never got to see any of it.