Who was the real Mulan? - We Are The Mighty

Who was the real Mulan? 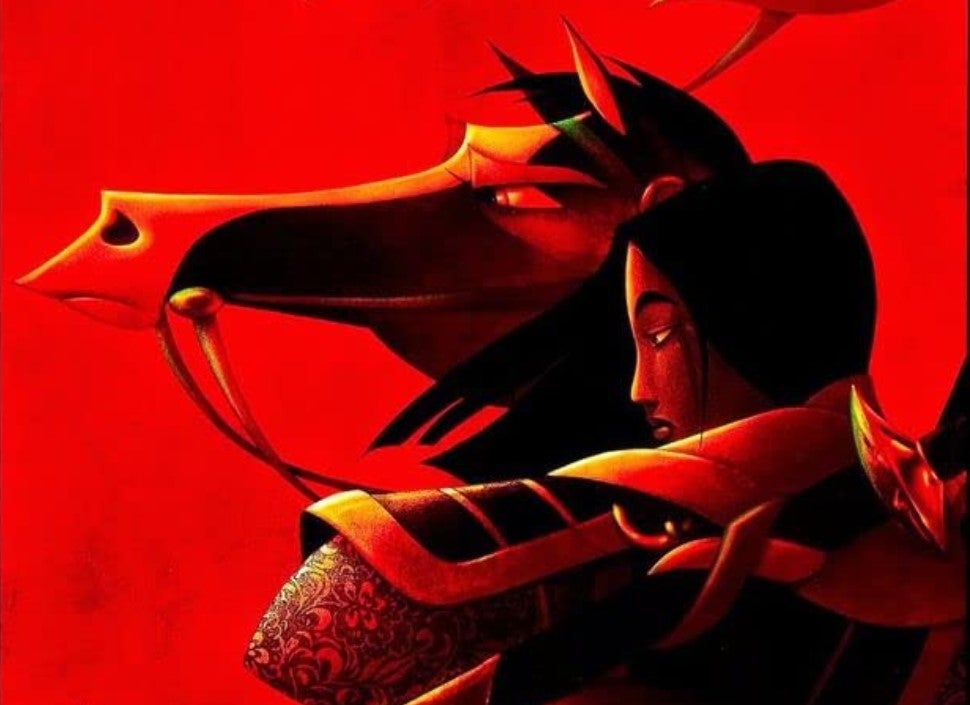 Though we’re all familiar with the animated female warrior turned Disney princess, Hua Mulan has a much larger background and story than what we see on screen. Like most Disney films, both the animated and live-action versions of Mulan are based on folklore. Unlike Cinderella and Rapunzel, however, Mulan could very well have been a real warrior.

Definitive proof has yet to be found of Mulan’s existence, but many believe she was a real person. The legend of Mulan inspired the construction of shrines, tomb sites, statues and tablet inscriptions in her name, immortalizing her presence in Chinese culture.

The best evidence for Mulan’s existence is an ancient poem.

Mulan is projected to have existed between 420 and 589 CE, during the Northern and Southern Dynasties. The most well-known and oldest written documentation of her story is in “The Ballad of Mulan,” a 360-word poem that was most likely written around 400 AD during the Northern Wei Dynasty.

In the original Ballad, Mulan’s story sounds eerily familiar to Disney’s version. In it, a teenaged Mulan dresses as a man to take her father’s place in the army. That’s where the similarities end.

Unlike the Disney movie version, in the Ballad, Mulan receives the consent of her mother before leaving for active duty. Instead of her gender-swapping scheme being discovered, she maintains the charade throughout the war. When she returns home after many years of service, her younger siblings and parents prepare a feast as a welcoming gift. They invite her many fellow soldiers to the celebration as well. When the party commences, however, Mulan sheds her menswear for traditional female dress and makeup, much to the surprise of her former brothers-in-arms.

Although she is offered awards and promotions from the Emporer, Mulan refuses and retires in her hometown. Little is known about her actual home province, but the Ballad points to the Yellow River and the Yan Mountain, which many people assume is her birthplace.

Another version of Mulan’s story is a 16th-century play.

In this version, 17-year-old Mulan is still a female warrior who also takes her father’s place, but with the addition of having bound feet. Foot-binding was a popular practice in China at the time, and in this Mulan morph plays a dramatic part in her character’s symbolism. As if it wasn’t hard enough going beyond her place to enlist, she had to do it on tiny, broken feet.

Unlike in other versions, Mulan is already well versed in martial arts, archery, and sword fighting, after being trained by her father since birth. He initially disapproves of her decision to take his place in the war, so she challenges him to a sword fight and wins him over with her knowledge of combat.

Though the play does depict some rather progressive character traits for a woman of traditional ancient China, it sticks to most traditional gender standards of the time. Mulan unbinds her feet in order to wear men’s shoes for her military attire, but upon returning from service, she rebinds them. After her return from war, she enters an arranged marriage.

Many later versions of Mulan’s story exist. For centuries, her popularity centered around challenging gender norms in a non-threatening way.

In a 17th century novel, the Historical Romance of the Sui and Tan Dynasties, once Mulan returns home from battle and reveals her gender, she is summoned by way of imperial order to become a palace consort. In order to preserve her purity, Mulan commits suicide. This particular plot details how female purity was prioritized over all else during the period.

Mulan’s story was been held up by traditional Chinese authors throughout the years for her virtue, commitment, courage, and filial piety. Though her story leaves room for plenty of variation, her fundamental societal wrongdoing is to take on a traditionally male role. The story justifies it because of Mulan’s motives; She defies gender norms, but only to save her father and to serve her country.

During the 1930s, her story began to depart from its traditional message. First, she became a national icon and morale booster for the fight against Japanese invasion. Later, she effectively became a national mascot during China’s Communist era for gender equality within the country.

When the 20th century hit, Mulan was introduced to Western literature in Maxine Hong Kingston’s book, Woman Warrior: Memoirs of a Girlhood among Ghosts, published in 1976. The book sparked a new era for the legend in which she was a victorious, bold, gender-defying hero. By the time Disney’s animated Mulan came out in 1998, her story had a considerably more empowering message than its literary predecessors.

The real Mulan was an icon of cultural change, inside the military and out.

Whether or not she was a real person, her story was relatable and empowering to women of service throughout the centuries. Even during the 20th century, women were often expected to return to traditionally female roles as soon as their military commitment was over– much like Mulan did.

Today, Mulan stands as an inspiration to children and adults alike. While the US military welcomes women into many of the same service roles as men, female service members still face criticism from those who believe a woman’s first duty is to be home with her children. Because of challenges like these, her story will likely remain relevant for many years to come.