Love and duty: Army Sergeants Major marry – virtually – after meeting at Academy - We Are The Mighty 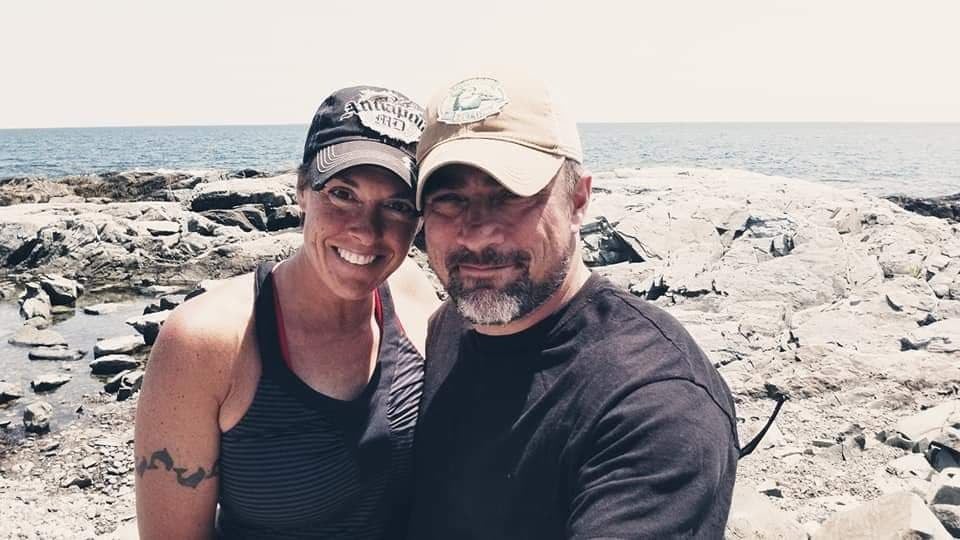 This April, sitting in front of their respective work emails, Joe and Jenn McAuliffe were pronounced man and wife. In separate states, distant Army bases and during work hours, their life as a married couple began.

This was possible due to a Montana regulation that allows for double-proxy weddings – where neither party has to be present in order to be married. Both are represented by fill-ins. This was a plan they put into place due to the ongoing saga that is COVID-19.

After their Memorial Day weekend wedding plans had been pushed to the right, and with no clear feasible date in mind, the pair decided to make their own path.

“I said, ‘What if we get married on paper, because if something happens to one of us – we’re not married – the other couldn’t get leave [and travel];” Joe, who works in TRADOC, said.

He added that, while five states allow for marriage by proxy, only one allows for a double-proxy union. So it was decided: they would file in Montana, choose their anniversary date and time, and continue the day as usual.

“We were both literally at work in our offices. We got an email that said, ‘Congratulations you’re married,’” Jenn, working in INSCOM said.

The wedding came three years after the couple first emailed – a nod to their future – as upcoming classmates in the Army Sergeant Major Academy. Each was searching for roommates among their respective peers, and they, along with others, moved under a single roof.

Months into the school the pair started dating, then after two years as an item, they became engaged.

It was happenstance, they said. Not expecting to meet “the one,” both McAuliffes were caught off guard.

“I actually think we were very fortunate in the amount of time that we were able to spend together, even with him deploying,” Jenn said. Citing quick flights and four-day weekends, the couple averaged a visit together every six weeks, except for Joe’s stint overseas. 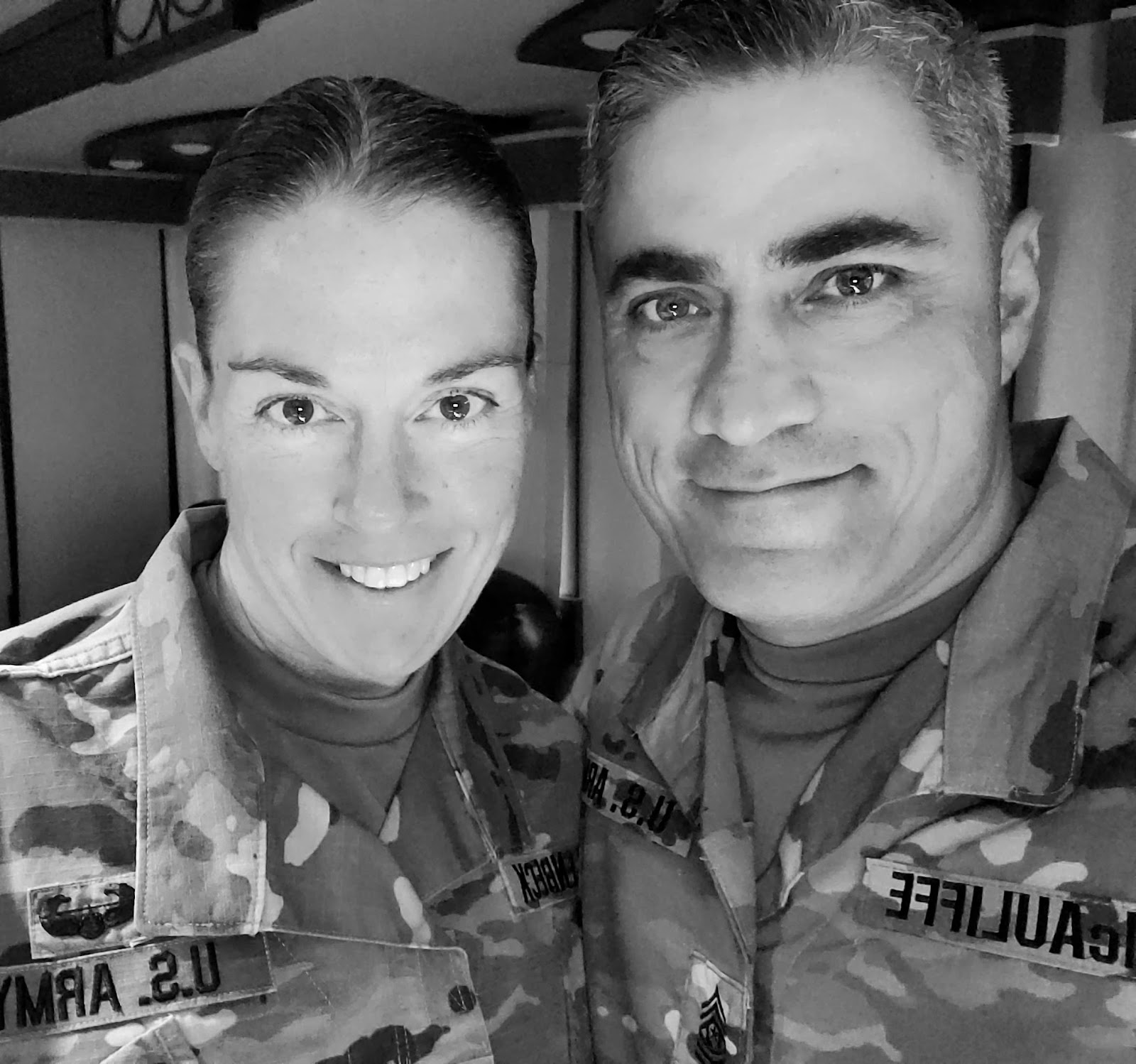 After years of long-distance dating, they were married. Joe popped the question after returning stateside.

But with the pandemic in play, their time together became nonexistent – they didn’t see each other for six months. After rendezvousing over President’s Day weekend in 2020, they wouldn’t meet again in person until they were legally wed.

With military travel regulations and restrictions at their respective bases, visits were simply not an option.

In fact, the reason they ended up getting multiple visits together, once bases allowed, was due to Jenn’s shoulder surgeries. Joe traveled there for her treatments and she was able to travel with him to recover.

“Our recent time together, it’s kind of funny, it was from convalescent leave,” she said.

All-in-all, however, the McAuliffes are dedicated to making their union joyful, even if they got a non-traditional start. Eventually, that will mean a shared home with acreage and distant from big cities. But for now, it means traveling when their jobs allow and sharing their best moments through smiles and playful banter. Jenn, from her rented house that she shares with a roommate. And Joe, from his stationary camper slot, with Jenn’s rescue dog, Roxy.

The rest? They’ll figure it out as they go. With the last two-plus decades planned for them, there’s time to plan. Joe, who’s coming up on his 27th year in the Army, says he always knew he wanted to join the military.

“Once I hit year 11 I said, ‘Ok I’m staying in,’” he said, also citing his daughters as reasons for finding success.

Meanwhile, Jenn just hit 25 years of service, giving credit to her father for serving as her inspiration. However, it was never a life goal to stay in until retirement.

“I wasn’t sure if I wanted to stay in for any longer but I did,” she said. “Something that Joe and I talk about, we were meant to go to the academy and meet each other, that’s why I stayed in.”

“Not necessarily for the Army or aspirations to be a Sergeant Major, but I was meant to meet Joe at the academy.”