5 great military soundtracks to study or just relax to 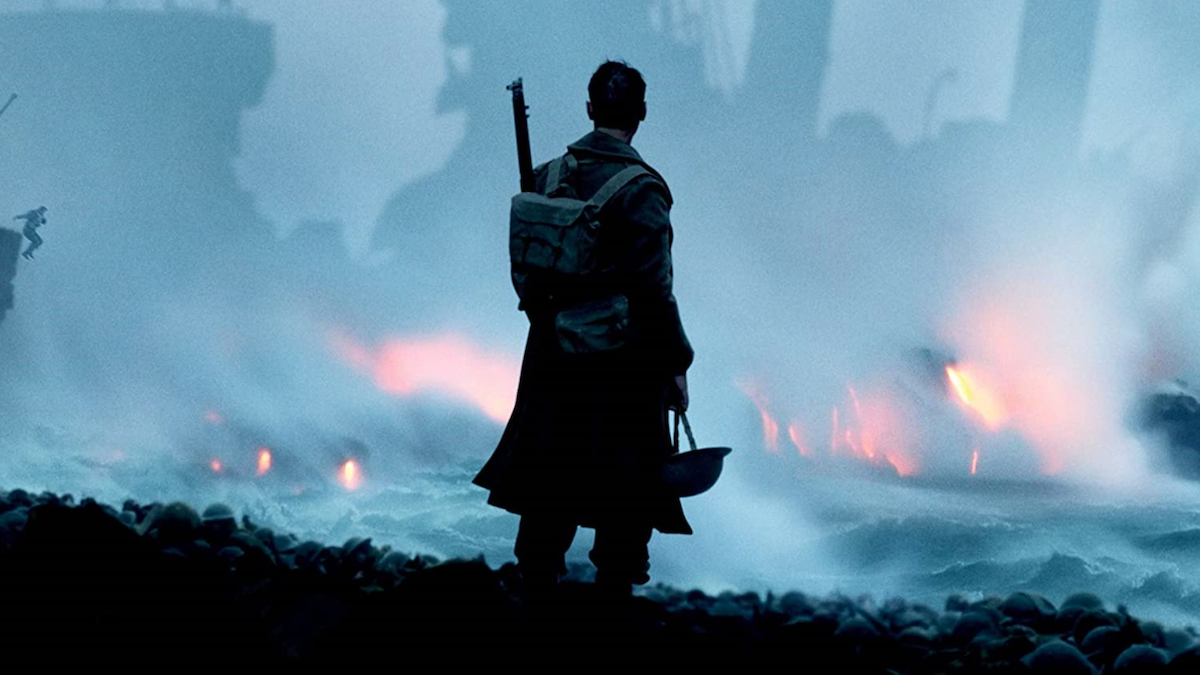 The military isn’t all action and adventure. There are plenty of dull tasks required of service members that can send even the most motivated of troops to sleep. Whether it’s writing an after action report, studying for your promotion board, or trying to figure out the convoluted requirements to get your leave approved, here are some of the best military soundtracks to listen to and keep you on track. Note that this isn’t a list of the most epic military soundtracks, hence the omission of legendary film soundtracks like Das Boot, Black Hawk Down, and Crimson Tide.

If you’re like me, you’ve lost count of how many times you’ve watched Band of Brothers. From watching reruns on TV to popping in the DVD/BluRay for a mini marathon, Michael Kamen’s arrangements have graced the ears of thousands of viewers. The combination of beautiful orchestral melodies combined with the almost haunting choral work makes this soundtrack an excellent choice for some calming background music. That said, you’d be forgiven if you kept the Main Titles, Suite One, and Suite Two on repeat. After all, they are the most used songs from the legendary mini-series. Its spiritual successor, The Pacific, also has a noteworthy soundtrack. However, it’s a bit too intense with its dramatic swells and drum beats to make the list for studying and relaxing music.

It makes sense that the forerunner of the previous entry be on this list too. Band of Brothers took a lot of production cues from Saving Private Ryan including its score. Produced by the legendary John Williams, the same man that brought us the music for iconic films like Star Wars, Jurassic Park, Indiana Jones, E.T., and Jaws, the soundtrack from Saving Private Ryan does not disappoint. The opening song, “Hymn to the Fallen”, is iconic in its own right and is often used for Veterans Day and Memorial Day events and videos. Additionally, the soundtrack itself is over an hour long, so you can get plenty of work done while it plays. If you enjoy this soundtrack, I also recommend giving the original Medal of Honor video game soundtrack a listen. The game was conceived by Spielberg after he completed Saving Private Ryan and Michael Giacchino, the game’s composer, was heavily inspired by Williams and went on to compose for eight more WWII-based video games.

Come on, this one counts as a military movie. After all, Maximus Decimus Meridius was a Roman general commanding an army in battle at the film’s opening. At any rate, composers Hans Zimmer and Lisa Gerrard built a truly inspirational soundtrack for the film. You don’t even need to have seen Gladiator to appreciate its music as a studying or working accompaniment. Additionally, the album won the 2001 Golden Globe for Best Original Score – Motion Picture.

Yes, it’s another Zimmer entry. Anyway, the 1998 film is a bit of a departure from other war films of its time like Saving Private Ryan or Platoon. At any rate, its soundtrack was nominated for Original Dramatic Score at the 71st Academy Awards. Although it didn’t win, its impact on movie music is long-felt. The film’s main theme, “Journey to the Line”, has been used in the trailers for Man of Steel, 12 Years a Slave, and X-Men: Days of Future Past. It was also used in the trailer for Pearl Harbor, the soundtrack of which was also composed by Zimmer and features heavy influence from The Thin Red Line. Pearl Harbor didn’t make this list due to its more melancholic tones.

Hear me out. This one is absolutely not a good choice to study or relax to. Its time ticking theme and anxiety-inducing builds are not the kind of sounds you want to hear if you need to slow your heart beat. However, if you’re on a time crunch, this might be just what you need to get yourself in the zone. Picture this: It’s 0400 and you’ve been up since 0300…the previous day. You’re running on pure caffeine and adrenaline and both are running dangerously low. Your task, whether its a slide deck, a new SOP, or a stack of evals, is due first thing in the morning. Some people thrive under the pressure, and if that’s you, why not add some epic background music to your sprint to the finish line? The satisfaction garnered from completing your last minute task just before its deadline will be sweetened by having the film’s “End Titles” play you through to your victory.