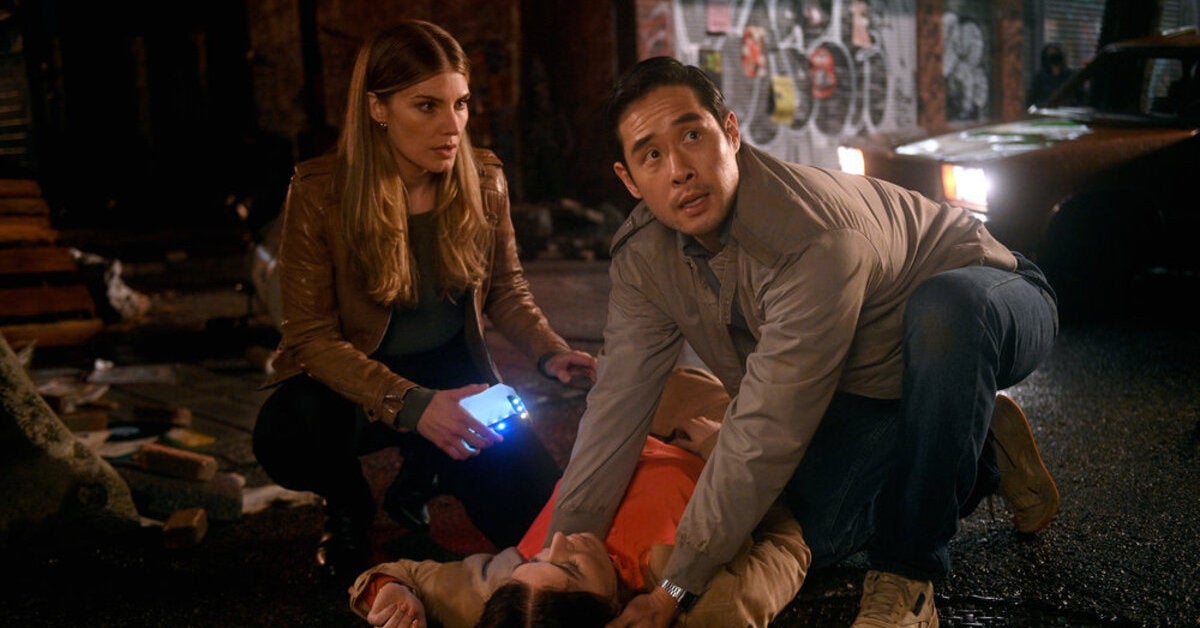 Army veteran Caitlin Bassett, who stars in NBC’s newest hit show Quantum Leap, served in the military for seven years before catapulting to her professional acting debut in a lead role — an incredibly rare feat in one of the most competitive career fields in the world — through her talent, work ethic, and authenticity.

But I first met Bassett in a considerably more challenging environment: supporting humanitarian efforts and evacuations during the fall of Kabul, where she selflessly volunteered to help build a flight manifest and secure identification documents for refugees fleeing the Taliban.

It’s no wonder, then, that she was perfect for the role of Addison, a decorated Army veteran who brings level-headed precision to her job supporting Ben (Raymond Lee) as he leaps throughout time in the hit NBC show — which just got an additional six episodes ordered for its successful first season.

It’s been nearly 30 years since Dr. Sam Beckett stepped into the Quantum Leap accelerator and vanished. Now, a new team, led by their physicist Ben Song, has been assembled to restart the project in the hopes of understanding the mysteries behind the machine and the man who created it.

But everything changes when Ben makes an unauthorized leap into the past, leaving a team behind to solve the mystery of why he did it. At Ben’s side throughout his leaps is Addison, who appears in the form of a hologram only Ben can see and hear.

As Ben leaps from life to life, putting right what once went wrong, it becomes clear that he and the team are on a thrilling journey. However, Addison knows that if her team is going to solve the mystery of Ben’s leap and bring him home, they must act fast or lose him forever.

Bassett herself spent seven years in U.S. Army Intelligence and at the National Security Agency, with two combat tours to Afghanistan and a third abroad. After completing her service with multiple accolades, she began studying law in New York while moonlighting in theater classes. In 2020 she was selected from over 40,000 applicants to join the Disney Discovers Talent Showcase cast, leading to the start of her professional career.

Bassett has attributed some of her success to the words of her mentor who told her “people can sniff out inauthenticity, so work hard, be yourself, be a good person, and let the rest fall where it will.” With her philanthropy, impressive acting chops, and dedication to service, Bassett more than lives up to those words.

There’s a constant balancing act between realism and entertainment when it comes to military roles in Hollywood, but one thing is undeniable — when veterans get the chance to portray military roles, they embody those characters in genuine ways. As more and more casting offices take the extra time and energy to seek out military veterans who have transitioned to professional acting careers after their service, the quality of entertainment rises and becomes more meaningful.

Bassett’s role in Quantum Leap is no exception. Be sure to check out her performance and give it the love and support it deserves!