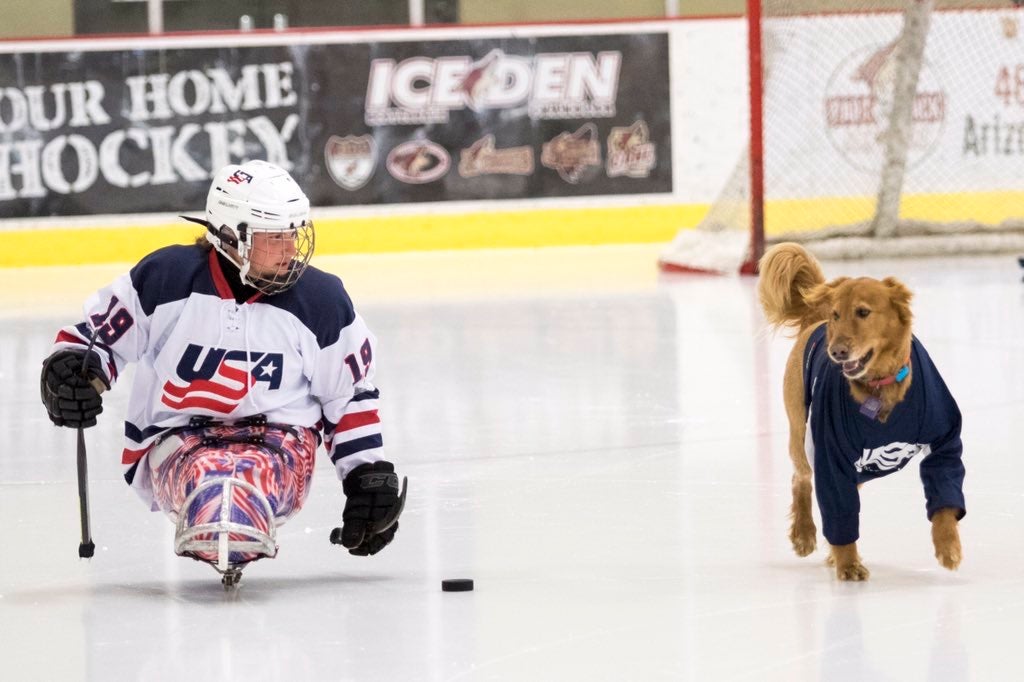 Navy Federal Credit Union and the National Hockey League have announced their chosen veteran finalists for the Stick Tap for Service campaign. Retired Army Sergeant Christy Gardner was one of them.

A multi-sport athlete growing up, she was attending college in New York when 9/11 occurred. “The idea of serving and the impact that had on our nation was always in the back of my mind. Military service was a family affair,” she explained.

Gardner’s grandfather was a proud Marine who served during the Korean War and she also had uncles serving in the Marine Corps for the Gulf War. There were also a few cousins who were in the Navy, she said.

“While in college I went into the delayed entry program. As soon as I graduated in 2004 I left and went to basic training and AIT,” she said. Gardner chose Military Police as her MOS. At the time, female soldiers were not allowed combatant positions and MP was as close as she could get.

Deployed overseas for peacekeeping in July of 2006, she was on foot patrol in a still classified location somewhere in Asia when everything went black. Gardner woke up several days later to skull fractures, spinal cord damage and severe internal injuries. Her legs were paralized below the knees and she’d go through dozens of surgeries and years of rehabilitation before being medically retired from the Army in 2007.

Her legs were eventually amputated.

Gardner credits her time in service with changing how she approaches challenges, including the ones stemming from her injuries. “My time in the military taught me to adapt very well and easily to a lot of things,” she said. “Going through it and experiencing so many things doesn’t make you invisible or insensitive but it kind of does. The minor stuff just doesn’t phase you anymore.”

As she began navigating her new life, a dog changed everything. “While I was rehabbing on active-duty they suggested that I look into getting a service dog for myself. I was placed with Moxie in 2009 and she’s phenomenal,” Gardner shared. Moxie is trained in mobility assistance and is a seizure alert dog for her. “She’s made a huge impact on my life. Not only saving it but making things easier for me too.”

Working with service dogs became her new passion and turned into a purposeful career for her. Gardner shared she began training service dogs nine years ago for her community in Maine but quickly realized she couldn’t keep up with the need. “We founded Mission Working Dogs in the middle of the pandemic and had our first graduating class this April,” she said.

When the Stick Tap for Service nomination came around, she was surprised. “I had never heard about it until this year when I was nominated. The money that they are giving to the charity of my choice is going to make such a huge impact. It’s really exciting,” Gardner said.

The awarded funds will go to Mission Working Dogs, allowing her to serve even more of her community members and veterans in need.

When asked what she would want readers to take from her story, her response was simple. “I think it’s really important to find your purpose when you get out. A lot of us struggle to adapt to civilian life, if you will. A lot of people feel a little lost,” Gardner said. “One of my big things is to help give people purpose. Don’t give up until you find it.”